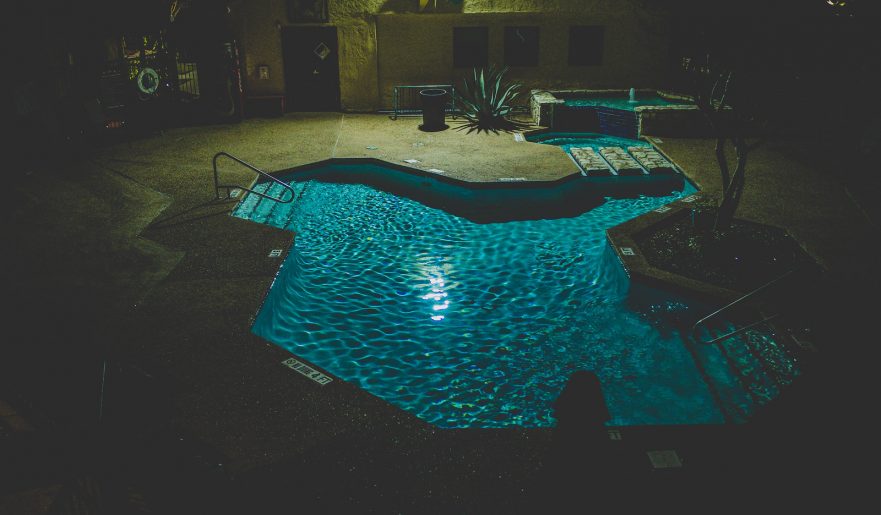 photo "A Name Written in Water" by Tyler Malone

Having tied his Capezio shoes, Vito brushes his white slacks and gets up from the chair. He walks over to the mirror in the living room to brush his black hair — again. He tilts his head to one side, looks at himself from the corner of his eye and runs the brush across his coal black mass of hair.

He smirks at his reflection, pleased with what he sees.

Vito leans in closer to admire the blue sparkle of his eyes. He often asks his girlfriend, Gina, to call him Ol’ Blue Eyes, like Sinatra.

“Do you think my eyes look like Sinatra’s?” he asks.

“I don’t know what Sinatra’s eyes look like,” she replies, wincing, like it’s painful to have to discuss this.

Vito gazes at the picture of Sinatra on the wall in the living room. Sinatra is tipping his hat with one hand.

“See, we even have the same shaped mouth,” he says, urging Gina to look at the picture.

“Oh my gawd,” she says. “What is wrong with you? You’re so stupid, Vito. You don’t look nothing like him.”

“You’re just jealous of my blue eyes.” Vito brushes his hair again, then adjusts the gold chain on his neck. Hanging from the chain is a bulky Christ-head pendant.

“I ain’t jealous. I love your eyes. They just ain’t like Sinatra’s is all.”

It’s at this point in the narrative, I must interject.

“Why do you act like such a stereotype, Vito?” I say.

“It’s because you wrote me that way, asshole,” he says, without missing a beat, not for a moment confused about where my voice came from. He can’t see me.

“It’s youse liberal types. You don’t cut us no breaks.”

“Vito, while there is truth in what you say, you have to admit, you exist. Unicorns don’t exist, but Guidos, like you, do.”

“So what, I’m a Guido,” Vito shoots back. “At least I know what I am. I don’t have to write some bullshit story like you do. You think no one has ever broken the fourth wall before? I read Calvino in college. An Italian, too.” He pauses, looks at Gina, then faces the mirror again.

“You think I’m a stereotype?” He points to his chin as if directing the question to me.

“No, you’re just an arrogant prick,” says Vito. “You think you’re better than me?”

Flustered for a moment by his aggression, I’m speechless.

“Don’t be so hard on him, Vito,” says Gina. She puts her arm on his shoulder, as if she’s now taking over this conversation.

“He’s one of us,” she continues. “He just acts like he’s Joe College.”

“I studied English,” I say.

“Well, Vito here studied biology. He’s going for his medical degree at NYU, like me.”

Gina puts her hand on her hip now, and waves her index finger like Marisa Tomei in My Cousin Vinny. “So believe me, we’re like a lot smarta’ than you think.”

I nod as if in agreement.

“Uh eh,” adds Gina. “So why don’t you take your high falutin’ bullshit somewhere else.”

“It’s just that nothing,” says Gina.

She snaps her fingers and I disappear. Like I never existed. All the while, I was just a thought in Gina’s head. I was just a conversation she was having with herself about a snotty girl at work. A girl who talked down to her. But Gina knew the score; she knew it better than me.

I don’t even exist.

It’s not that we don’t exist–it’s how much do we exist. ~ tyler malone