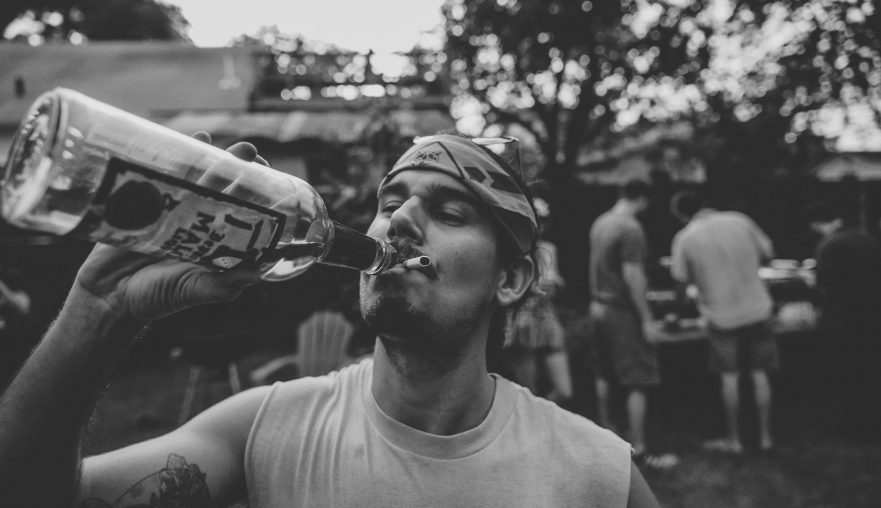 Silence. Silence is a contagious word, she muses and looks at sea. Warm waves hurry to meet the sun burnt rocks. The gold of the sand shimmers in the glow of the night. Silvery orb of the moon twinkles, one last wink and then ducks behind bales of black cotton. She scribbles on the sand:

in the rush of waves

in the downpour of rain

in the gush of verse

in the out pour of love…

The words written farther away from the shore. So the tide couldn’t wipe them away, ruthlessly, as always. She waits. Till midnight. No one is crazy enough to visit the beach at that hour. But she waits till the tides rise higher to kiss the moon, till they break the silence. The silence of her words. She watches till every word is washed from the shore. It appears as clean as new. There’s silence. The night suddenly loses the warmth and she walks back home. She loves staying by the sea. The sea taught her the truths of life.

Standing at the gate she reflects on the need to be alone and then walks inside. The white of the gate and the white of the door mock at her as if they knew what is going on, inside of her. She sighs and walks upstairs to the welcoming music, blaring like the din of dawn. They were playing Bieber, loud and clear. Never say never. There were four of them, yelling and dancing. As she enters, they pull her in. She smiles and dances with them.

It was the day of the party. They came in every year without being invited or even reminded. They loved him, more than her. They wanted him to be happy, in soul and spirit. Did she want it too? She didn’t know the answer, but she allowed them. She let them drink and dance till they were exhausted and collapsed on the couch. They appeared like a heap of dumped luggage, unwanted and unneeded. It was past two in the morning. She walks downstairs to her room and lies on the bed.

It was his birthday. She was brought up in a conservative family. Her mother believed in the blessings of the Lord. Birthdays were solemn–visiting the church and cutting a cake in the silence of the kitchen. She learned this all from her family, from her mother.

She had no problem, at all, till he was fourteen. Then, as if by magic, everything changed. He changed.

He brings home his friends at 12 am. They switch on the music in his room. The sound of the songs, the yells of boys and girls, the whole place was on blast. She couldn’t take it.

He storms out of the house, drunk into the street. At 4 am, on the first of February, on his birthday, he comes back home. With the cops. Run over by a truck, they say.

Since then, she had this party every February. His friends come in at twelve. There is music, dance, alcohol, just as he wanted. Then there is silence, just as she wants.

There’s no after party in the afterlife, there’s only us, dancing in the shadow of death. ~ tyler malone

A bit about Annapurna: Annapurna Sharma is Editor of Your Space/ Muse India, a literary e-journal. Her maiden book of poems ‘Melodic Melange’ was presented Prime Poetry award for excellence, 2019 (Pulitzer Books). A recipient of Savitribai Phule National Women Achiever Award – 2018, she is adjudged a Distinguished Writer - International in the 4th Bharat Award for Literature (short story contest 2018) by Xpress Publications and her poem shortlisted for All India Poetry Competition – 2017 conducted by The Poetry Society (India). Her short stories, articles, poems have appeared in print and online publications.