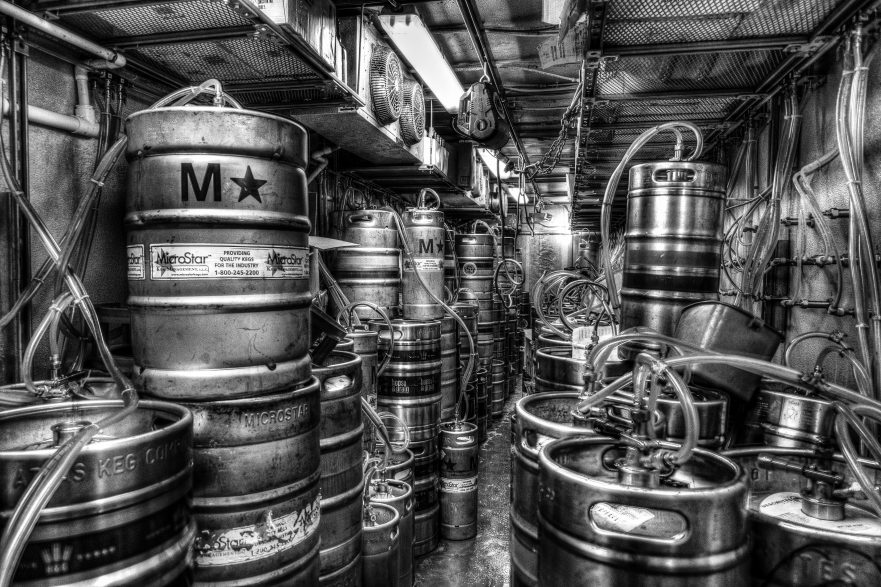 He’d seen their eyes stare at him when he read, in front of bars and tables. The eyes looked serious and fixed under the night lights, like he was saying something important. John Hynes had experiences like that reading.

A musician called John Hynes over one night. They were in a bar. John Hynes knew the guy slightly.

“I like that story you read here in open mic last week,” the guy said. The guy’s name was Chuck.

“In fact, would you mind giving me a copy?”

Hynes said, “No, I wouldn’t mind.” He carried a brown backpack with him wherever he went, which contained stories and poems he’d written over the last six months. “But I hope you don’t mind if I don’t type in the capital letters. Using the shift key, man, you know, it just slows me down.”

Hynes removed the piece from the backpack and gave the musician a copy. The story was three single spaced pages.

The musician took the piece.

Hynes smiled. He even enclosed the writing in a bright, solid yellow folder. “I have a question, though, about some of the data.”

The outdoor marker read Jimmy Ryans. Inside were six small, medium-brown square tables to the left against a brick wall.  To the right were larger and more light wood tables lined up against the window and facing the patio. Outside, on the patio, were dark wood, long tables with red umbrellas over them. Chuck and John Hynes were seated together at one of the medium-brown tables farthest from the entrance against the wall side, and closest to the stage, where Hynes had read his piece.

They had been standing and now sat down after this exchange, and the two continued their friendly conversation.

Chuck looked a little shy, so John Hynes prodded him.

“What did you want to know?”

“I want to know,” Chuck asked, “what your involvement in the music business had been, since you have written so well about the music, and in your story. You seemed to like the night life so much.”

The story itself had something to do with a musician with a poor self image. It was about 1,100 words.

John Hynes looked at his new friend. He was a singer. They had gotten to know each other over a two-month period, developing a comfortable feeling with each other. Mostly they related over a nod, a little joke, a wry comment.

Hynes chugged his beer and said, “You know, Chuck…”

“Now a good writer,” Hynes began, “can get by on a little bit of knowledge and give precise and even abundant details and make a reader believe he knows a lot more about something than he does.”

“Hemingway was really good at this,” Hynes went on. “Sure as hell he was.

“I believe, just for the hell of it, I just might give you the kind of answer you might give me, if our roles were reversed.  Would you mind?” Hynes smiled.

They took another swig.

The bar people moved around.

“You know, I’ve been studying you, just by getting impressions, slowly over time, watching the way you talk. I’m going to answer you as you might answer, if you were me.”

“I mean, you’re a witty fellow, I’ve noticed this. And I’ve started with this proposition, so I’ll go on.”

“Yeah, a really advanced writer, he could give you a lot of data without advanced knowledge. That’s one of the skills of the trade.”

“Well, you sure made that piece sound real,” the friend said.

“Yeah, it did sound real, like how you knew how guys related on stage, their idiosyncrasies, how they joked around, gave each other the finger, smiled when the people danced, soaked themselves in the sunlight of applause, badmouthed the customers behind their back and laughed about it. This kind of stuff. You knew precise names of instruments, keys of music.”

“Too many people tune out budding artists.”

“Well, the truth of the matter is, I’m not that advanced of a writer.”

“No, why?” Chuck raised his eyebrows in surprise.

“Unfortunately. I was in the business.”

“So, what’s wrong with that?” Chuck asked. “Although I”m glad that you were, but go on, please.”

“Well, writing what you know, it stunts the imagination, to limit yourself to what you know.  To be limited to the confines of your own autobiography exclusively, it can be a problem.”

“I don’t know,” the friend said. “The thing sounded okay to me.”

A poet on the stage had finished reading.

“I mean, all I did was ask you a simple question, didn’t I?”

Chuck wondered who was going to buy this time.

Reading is believing in a better life, so open your eyes and set them to words on paper and see the world bloom in front of you. ~ tyler malone