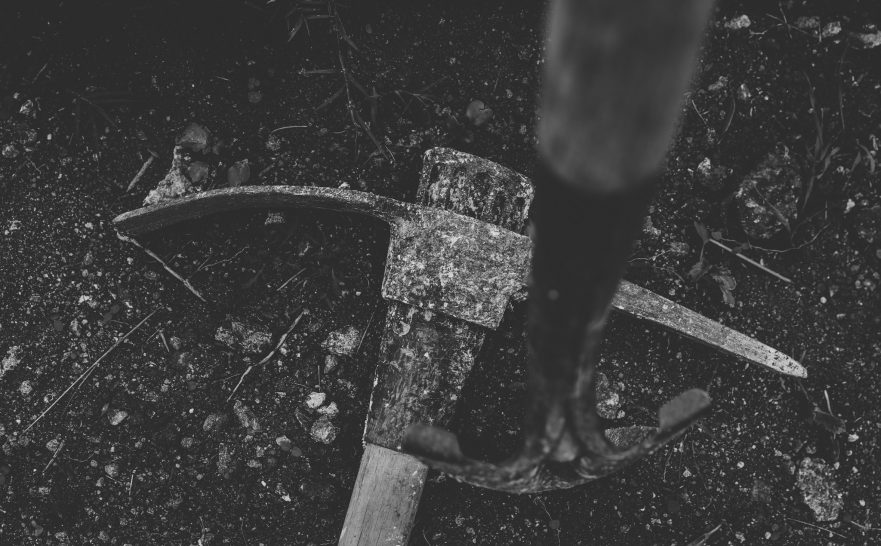 My partner was driving me nuts. We work for a company that does financial research and analysis. When we’re assigned a project, I do the research part, using the internet to get all the information I can. I give the data to Ben and he uses computer algorithms to analyze it, then he generates a report. By the way, I’m Jerry. I know, but the names are just a coincidence. We’re very good as a team, but I personally can’t stand him.

He’s such a nerd. For example, most of the people here at Stanton, Inc. wear jeans and a t-shirt. Ben always wears a dress shirt and tie, but he wears the same shirt for a week. By Friday it is wrinkled and dirty. I wonder if he sleeps in it. He has worn the same gravy stained green tie for the last two years. Then he tries to lecture me about not dressing professionally for the job.

Another thing he lectures me about is drinking. I have a couple of beers a day, but he thinks any consumption of alcohol is evil. When I mentioned that I like craft beer, he said, “Wine is a mocker and beer a brawler; whoever is led astray by them is not wise.” It’s a quotation from the Bible, I think. I’ve learned to avoid talking to him about anything except work.

He’s 49-years-old and he still lives with his parents. He insists on telling me about every game played by the Sox, the Pats, or the Celts. I keep telling him that I’m not interested in sports, but he doesn’t seem to hear. Sometimes I’d like to smack him in the face.

Oh, and he’s the cheapest person I have ever seen. We’ll go to the cafeteria for lunch, and he will “discover” that he had forgotten his wallet. Will I lend him five dollars for lunch? Yes, and he never remembers to pay me back, despite constant reminders.

He pulled that trick a couple of weeks ago, and I refused to lend him lunch money.

“Well, a fine friend you are,” he pouted.

“I’m not your friend. I can’t stand you, you damned cheapskate,” I yelled.

He walked out of the cafeteria, and didn’t talk to me at all that afternoon. That was okay with me.

The next morning our boss Frank Dempsey wanted to see me. I thought he was going to yell at me for blowing up in the cafeteria, but to my surprise, Frank was sympathetic.

“I know that Ben is hard to get along with. You deserve credit for working with him as long as you have. Now this is confidential, Jerry. You won’t have to put up with him much longer. In a couple of weeks we’re going to have a new partner for you. Just remember: you have to keep it under your hat.”

He got up and shook my hand.

I was in a good mood for the rest of the day. I didn’t even complain when Ben insisted telling me about the latest Patriot’s game.

When I came in to work yesterday morning, Ben was not there. I started doing research about the company we were analyzing. About twenty minutes later Frank Dempsey came in with a machine on wheels.

Then that I realized that my new partner was a robot. I know that they can make robots these days that are so realistic looking that you have look them over very carefully before you can determine whether they are humans or robots. There was no mistaking about Oswald, though. His head was not realistic at all. It was square rather than round, and the facial features seemed to be just painted on.

Oswald thrust out his claw-like hand and said in a mechanical monotone, “I’m Oswald, but you can call me Ozzy. Heh. Heh. Heh.” The “heh-heh-heh” was not a laugh. Ozzy was just saying the words.”

Frank pointed at the computer on Ben’s desk. “You won’t be needing that any more. You’ll be able to send you research findings directly to Oswald. He will be able to use his internal software to analyze the data and generate a report.

“In a half an hour so, someone from IT will come to get the computer and show you how to send data to Oswald. In the meantime the two of you can get acquainted.”

How do you get to know a robot? You can’t ask where it grew up, where it went to college, what it majored in. Not even, heaven forbid, what kind of sports did it like.

I asked Ozzy why he was in a vaguely humanoid form. “Wouldn’t it be easier to put a new super computer on the desk? “What do you need wheels for?” I asked.

“On the second shift I will go to inventory management, where they will use my data base capabilities to get a tighter control over inventory.”

We didn’t get much done that first day. We had to do a lot of things differently, and I found it awkward to talk to the robot. His mechanical voice was beginning to grate on me. I won’t say I missed Ben, but I wished I had human being to talk to.

The next morning Ozzy was waiting for me when I came in to work.

“It must be hard for you to work with me,” he said in that monotone.

“Well, you’re not what I expected when Frank said I would have a new partner.”

“Don’t worry about it,” he said. “You won’t have to put up with me much longer.”

“I’m not sure whether I’m supposed to tell you this, but in nine days they are going to program me to do your job as well as the job Ben used to do. Then you will be out of here.”

We men are meant to be machines, and now we’re living in the future and breathing just doesn’t make any cents. ~ tyler malone