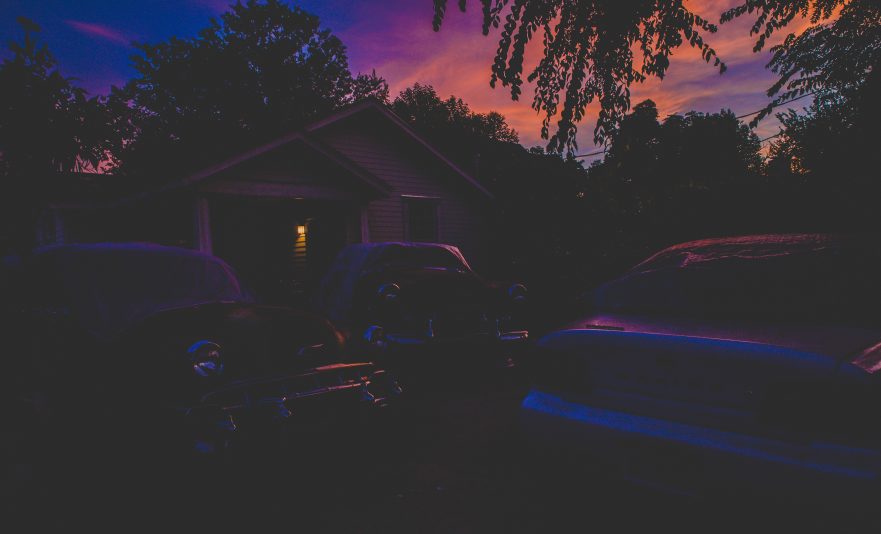 photo "After Party" by Tyler Malone

Momma, Ms. Betty, Poppa Turtle, Ervay and I went to Tyler’s so named cause that was the headliner that night. They goan go someplace, do something out this joint, was Ms. Betty’s critique. She aint no Tina mumbled Pops. No, Ms. Peaches smelled like the clean sweat of honest work. She sang with her man, Tyler on bass, a daughter on organ, one son on guitar, one on drums. Their youngest was watching my child and Ms. Tyler’s brood back home.

Me and Ervay danced like we had hyper-active fleas whenever the band would run out steam. Mom, Poppa T and Ms. Betty ate smothered steak, greens, and a plate full of sinful goodies that Mr. and Ms. Red fixed in the thin kitchen. Ervay and I snuck out back for weed hits and groping. We saw Mr. Chief and Ms. Margaret stagger inside. Ms. Margaret, like momma were hi-yella southern beauties, raised by colored women who knew about manners.

Make sure you put a napkin over your drink before you leave the table, one would admonish. Better yet, order you a new drink when you come back. Somebody might put something in you drink. That’s how Gina lost her mind, someone slipped some dead folks ashes in her beer, she’s aint been right since. Don’t show your teeth to every dog that wags its tail; and my all-time fav, make sure he give you some money if he want some, a smile won’t wash your ass when you get up. That came from Ms. Betty and Ms. Margaret who, they assured me, knew what time it was. Ms. Margaret used to be a burlesque dancer in one of the few clubs run by the Dixie Mafia that would allow colored women.

Chief wouldn’t talk much. He and Pop T would sit, look at the women sitting next to them and drink more. They never let talking get in the way of drinking. When a song came on that I liked, I’d drag Ervay, tall like his Uncle Pops to the postage stamp dance floor. I wore my regulation issue hot pants, endangered species t shirt, heavy doses of Jovan musk oil in a unsuccessful attempt to mask the ganja. Tyler’s group would crank into their signature Do It Anyway You Want To Do It, a funk classic they mangled their way through, the only concession to their blues riffs. I groaned and platformed weaved our way back to where the old folks were watching us with patient amusement.

Watch our purses and drinks baby girl lushed Ms. Betty. She, and the lucky sugar daddy who’d bought drinks for her all evening and momma, her arm around pops midsection, drugged, limped, tripped their way to the floor. Me and Ervay took that time to drink shots of bourbon, scotch, gin gallons sitting on the table with generous amounts of ice and coke setups. By this time, Ms. Peaches belted/hollered her signature wail. Walk The Back Streets and Cry, a bucket of blues designed to make every foggy over the age of 50 cry in their liquor. The dancing dead were holding each other up, some eyes closed remembering the loss of someone’s love.
…
Finally, Ohio Players, Average White Band, Gap Band, and hallelujah, Parliament Funkadelic’s screams out the jukebox, I am transformed into the dancing queen, Ervay, all arms and legs make me look good. We are interrupted by a sober look from Papa T, mm mama said we betta go hh home. SHIT, Ervay headed for the table to help the old ones with their stuff. Ms. Peaches and Mr. Tyler military provisioned their flock in their van. Mr. and Ms. Red were at the front of the bar unwrapping an unhealthy-looking shotgun and several 38’s.

Momma apparently thinks I’m taking too long scuttled back over to me and takes my hand with a strength that most people are fools to ignore. Come on baby, she sloshes, we don’t want Mr. Trouble. Mr. Trouble I found out later was a lover’s triangle between a current and ex, not wanting to share their prize. Humph, woman’s ways are trouble. Momma smiled her enigmatic smile.

Just another massive night when life finds ways to fly, crash, then rise to lift it all again to the skies with the taste of dance and dirt in its teeth. ~ tyler malone