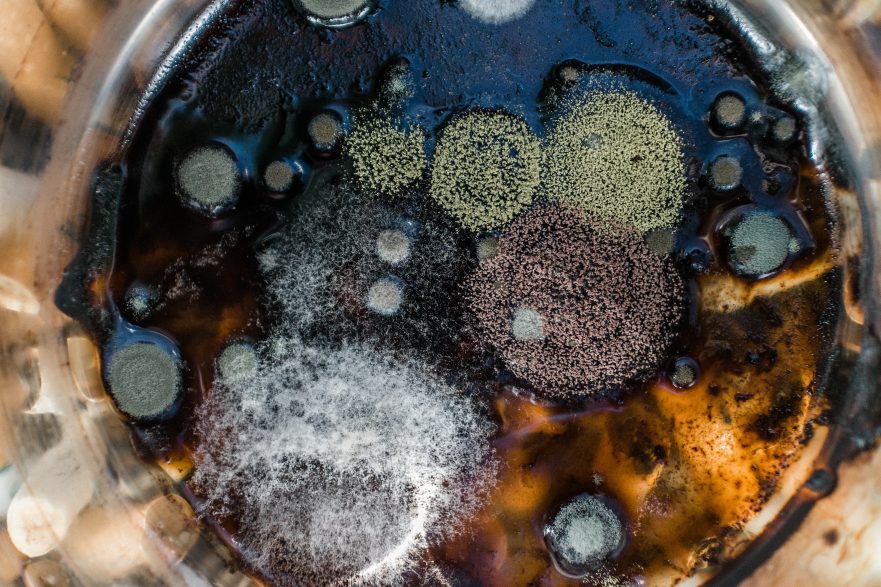 One day Perry Beckett took a pulled pork sandwich to Bone’s basement and when he got there, he said he wished he had told them to put more sauce on it.

“So take it back over there and tell them you want more sauce on it,” said Bone.

“They got the sauce in squeeze bottles on the counter,” said Perry Beckett. He was looking sadly at his sandwich.

“So?” said Bone. Perry had worked out all the things that were going to happen today, at least the things he had some say over, and going back to the pulled pork place was not on the agenda. He could not say this to Bone because it would sound crazy. So Perry said, “It’s okay.”

Bone’s basement was on the second floor of a building on Van Houten Street. Van Houten runs alongside the Passaic River below the falls where subterranean basements are a terrible idea. Bone had a piece of shirt cardboard with Bone’s Basement stuck to his door with a push pin. It was very much like a basement, only it was sunny.

Bone said that maybe he had some kind of sauce that would work. They looked at the unwrapped sandwich in Perry’s lap. Bone asked for a tiny sample of the sauce, maybe on the blade of his plastic knife, and Perry said okay.

“I thought I was gonna taste some mustard, but I’m not,” said Bone.

“No,” said Perry. “They got a mustard sauce but I went for the other one.”

“What do they call this?”

“Yeah. Under that, I think ketchup. I got ketchup.” He pressed the pad of his pinky to the gooey brown blob on the end of his knife and tasted again. “And there’s sweet in here. Maybe half a spoonful a sugar?” They had not discussed the batch size at all so half a spoonful was an odd way to put it.

“You have the apple cider vinegar?”

“I got some white vinegar. You know what I use it for? I dump it in the toilet and leave it over night and in the morning the bowl is clean. Truth. Mmm. Maybe something hot… Those hot pepper flakes, not too many.”

“You really got a turtle?”

“No. I’m making a point about you having the onion.”

“I really got an onion,” said Bone.

“But no pepper flakes, no apple cider vinegar.”

“I got the ketchup and the sugar. I got salt. Everything got salt in it. So we got vinegar, ketchup, sugar and salt. That’s most of the way there. We chop up the onion, that works for the pepper flakes…”

“Ought to do,” said Perry, who was feeling more dismal with each new substitution.

“We just need a little bit, bro. What do you want, twice as much sauce as you got there? So we scrape as much of the sauce off your pulled pork as we can, and mix it up with the other stuff.”

“I’m not writing a date on it because you’re gonna eat it when we get back.”

They went out and sat in the park for a little while. There was a little girl sitting on the curb holding a cat. The cat had matted fur on one haunch and blinked a lot. Bone said he didn’t think it was that girl’s cat, although the cat was not making any kind of fuss. Maybe it was sick, he said. And then they walked to the Army-Navy store. “They got really good first aid kits, but they’re stupid expensive,” said Bone. They looked at gas masks and cleats that you could snap onto the soles of your shoes. In the end he bought a couple of empty travel size plastic bottles, which were over priced but still so cheap it made no difference. “I can’t walk out of a surplus store and not buy anything,” said Bone. Perry nodded.

A few blocks later they met K-Fong, who told Perry he was sorry about his brother. Bone said he liked K-Fong’s hat. “It’s not a hat,” said K-Fong. “It’s a Dream-O-Matic 3000. This tie-die chick made it. It can project your dreams on the wall, she says.”

“If you wear your underpants on your head, is it a hat?” said K-Fong.

“Okay,” said Bone. Perry asked K-Fong if the Dream-O-Matic 3000 worked. K-Fong did not reply immediately. Bone said, if it was supposed to make you look like the world’s tallest five-year-old in the world’s shittiest amusement park, it worked.

“World’s something-est something, anyway,” said K-Fong, and then they were moving in opposite directions.

Back in Bone’s basement they microwaved the sandwich. Perry rinsed off the plastic knife and applied the new sauce. The bin at the Army-Navy store had had a sign over it saying you should wash the little plastic bottles in hot, soapy water before use but neither Perry nor Bone cared about that. “You want a bite of this?” asked Perry. Bone said sure, thanks, and lopped off the end with a bread knife. They finished up the sandwich, looking out at the park.

“That was good,” said Bone, and Perry agreed it was.

What sauce do we really need? If life is bland, open up everything and pour. The spice of life is every damn thing you can get put your tongue to. ~ tyler malone