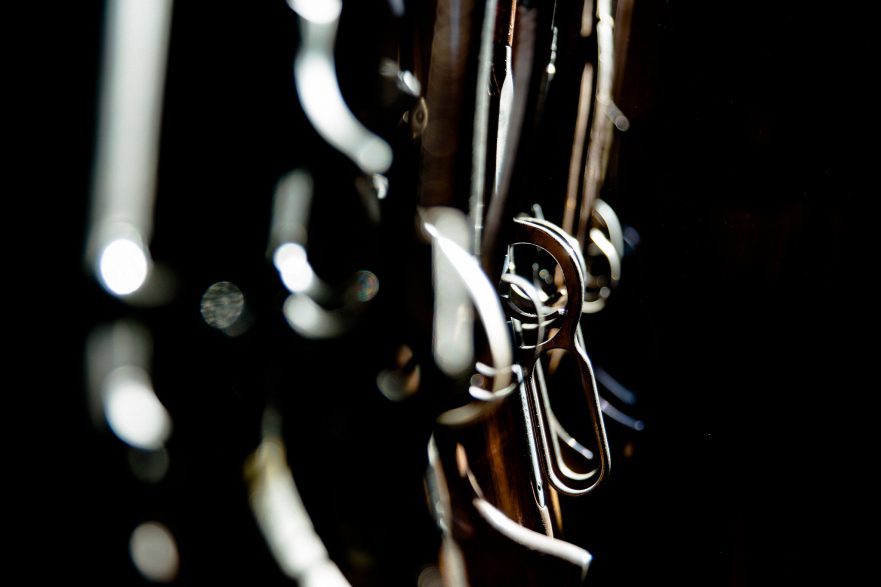 The gunsmith placed his latest creation, beautiful with precise, hand-assembled mechanisms and a handle made of rosewood stemming from metal blue, into the display case.

It sat unfired, immaculate in oil, in its velvet housing for of weeks until a man came in, admiring the static potential of a gun, then bought it.

The man bought the gun for protection on business trips. He carried the gun, loaded, across states, not for the protection of others, just himself.

The man carried the gun for 30 years, never having to use it. There were a couple of times when he could have used it but he diffused situations with words.

Before the man passed away he gave the gun to his son. The boy took his father’s gun and placed it back in a case, a story and tribute to the father: Travel safely with words.

People would come and see the gun and remembered the man and tell stories about him.

While the son was on vacation a thief broke in and stole the gun to use it in several crimes. One day as the thief was holding up a convenience store the owner pulled out his gun and shot the thief. The police came and collected evidence including the gun. The son was notified that his father’s gun had been found but they had to keep as evidence as it had been involved in several crimes.

The gun was put into a bag and into a box on a shelf in a dark room. The gun had not done anything other than what it was intended to do. Now it stays, sealed, alone in the dark, lonely room. No hands to hold it, no hands to fire it.

A bit about Dan: I came to Texas with a BA in industrial/scientific photography with no experience. For the first year, I took on odd jobs and gained the experience needed.

I landed a job as a medical photographer and did this for several years. After that, I freelanced until I got a job with the Army & Air Force Exchange Service where I shot everything from fashion to aerial photography.

Now that I’m retired my interests are nature, macro and travel photography. Sometimes you may see me at Mad Swirl’s first Wednesday shooting snaps of the mad ones.

A moment in time by the click of the shutter