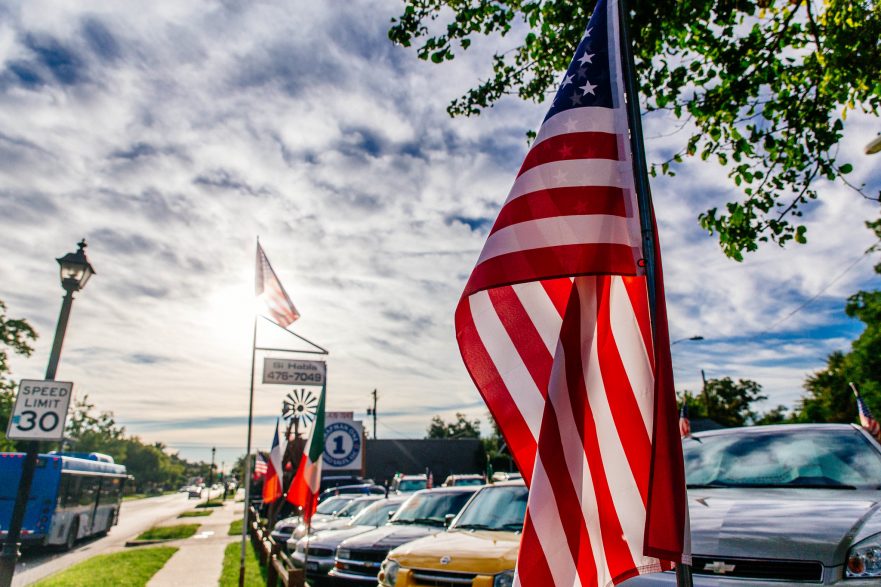 Jim looked out of his upstairs apartment window. He watched as a drunken man staggered up to the door of the Bus Cafe. It was late. No doubt after a night of drinking he was going for a burger and fries, or some greasy chili. Jim and his wife Brenda rented one of two apartments that were above the New Way Cleaners. The apartment came with a view of the Frasina Hotel, the Bus Cafe, and the taxi cab office, all located across the street. The apartment had a large living room, a large bedroom, a small kitchen, and a small bathroom. In the bathroom there was a very old, huge clawfoot bathtub. Water was cheap in those days. Brenda was asleep in the bedroom. Jim had a problem getting to sleep, so he got up for a cigarette.

He had just turned 19 years old. His wife was 18. When she became pregnant, they never thought to do anything but get married. His Dad told him he was too young, but never tried to stop him. He worked full time at the local Kroger store. He drove a red 1960 Chevy. Gas was cheap in those days. So were groceries. Their recreation consisted of eating out now and then and seeing a movie occasionally. They didn’t have much money, but they paid their bills and got by. When he paid his rent, or any

of his bills, he paid in cash, got a receipt, and put the receipts in a shoebox that they kept on a shelf in the closet.

Just before the baby was born, they bought a nice 2 bedroom mobile home. They fell into a routine. He had taken a higher paying factory job. She kept the mobile home clean and took care of Ronnie, their little boy. They were happy and enjoyed their simple life.

Ronnie became sick with a cold. When Brenda took him to the doctor, she was told he had pneumonia, and Ronnie was admitted to the local hospital. It was a good hospital, run by Catholic nuns. They placed him in an oxygen tent and Jim and Brenda stayed at his bedside. At 1 AM, a kind nun told them to take a break and get some coffee. So they went down to the coffee shop and got some coffee out of the vending machine. It was pretty bad coffee. After they finished their coffee they went back upstairs.

Outside of the room, stood the doctor and 2 nuns. The doctor told

them Ronnie had aspirated and died. The doctor said it was the will of God. Jim said, “There’s no such thing as God.” The nuns crossed themselves a hundred miles an hour.

They had started a lottery based on birthdays for the draft. Jim was not very lucky. He was drafted into the army. Ronnie had died on January 9. He was on a bus for basic training on March 9. They had sold their trailer and Brenda moved back to her mom and dad’s house.

After basic training and radio school, Jim got orders for Vietnam. Before he went, he had a 30 day leave. It was so good to spend time with Brenda again. His childhood best friend, Dean, who was home on R&R. had already spent the first half of his tour in Vietnam and was now home on leave. He was staying with Cora, the girl who would later become his wife. Dean told Jim they should all go to Canada. He told Jim that Vietnam would fuck his head up. Brenda was all for going to Canada, but Cora and Jim thought it was a bad idea.

Dean had been right. Vietnam did fuck Jim’s head up. Dean became addicted to heroin.

Jim struggled with mental issues as a result of the things he seen and heard. It was a very dark place to be. Both of them made it back home and remained friends.

Jim had another buddy named Brad Miller. Brad went to Canada until amnesty was declared for draft dodgers. He then came home to start a business. Who knows what he learned in life as a result of his beliefs.

Our first steps begins steps back, when we first moved towards a future we couldn’t see. But maybe something did. ~ tyler malone