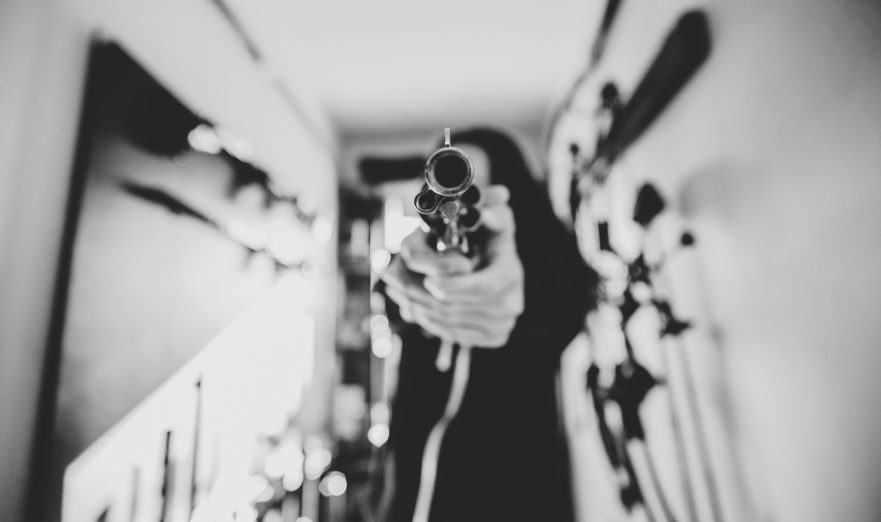 “They tell me I shot myself in the chin, shot somebody else, too, but I don’t think that’s right. What happened was I fell off a fruit wagon.”

That’s Dr. Wagner. He’s a pharmacist, had his own small town pharmacy out in the Valley for years, seemed fine, until this happened. I’m his occupational therapist. It’s my job to determine how well he can perform his activities of daily living, things like brushing his teeth, making out a checkbook, but right now I’m conducting a cognitive screening called the O-Log. Checking for orientation to place, time, person, and situation. He’s not doing too well. Problem is he’s lobotomized himself with an old German Luger and can’t recall that two weeks ago he shot his wife and their twelve-year-old daughter, then turned the gun on himself. So he does what they call confabulation, makes up something that seems to make sense in the moment, and even believes it. Would be funny except.

Race home and get dressed for my brother’s 30th birthday celebration at our sister’s house. Leave in a huff halfway through after getting into an argument over the Confederate statues, which he has decided he worships now. Where did that come from? Out in the parking lot, my sister wags her finger along the lines of, “You don’t remember much of when we were kids do you? You messed with him relentlessly and now you think he’s going to listen to your shit?”

“What are you talking about?” I ask.

She drops her butt and snuffs it with one twist of a toe. “You know,” she replies, pulling that drum roll of the eyes sisters are so good at.

Next morning at the hospital I monitor the old pharmacist dressing and grooming. He does fine, functioning on remote control, stuff he’s done without thinking his whole life. There’ll be an ugly court fight about this. The cops outside his door may lead him to jail or to a mental hospital or maybe even just to a nursing home and none of it will matter a whit to him. He’s got a confabulous new story for every situation and it’s all just a walk in the park no matter what, which I guess is the beauty of blowing out your frontal lobes. If you don’t remember it, did it ever even happen? And if it never happened, what can you make up that might have, that at least for the moment anyway explains it all?

It’s only true if we believe it to be true. Those are the moments that take us through life. ~ ty malone

A bit about Tony: Tony Gentry is the author of the novel The Coal Tower and five young adult biographies (www.tonygentry.com); poems have been featured in Mad Swirl and other journals, and short stories have been published in Turnstile and Northern Virginia Review. A professor of occupational therapy at Virginia Commonwealth University, Tony is a walker, always with camera at the ready, and these are some of his unretouched images taken along the way.