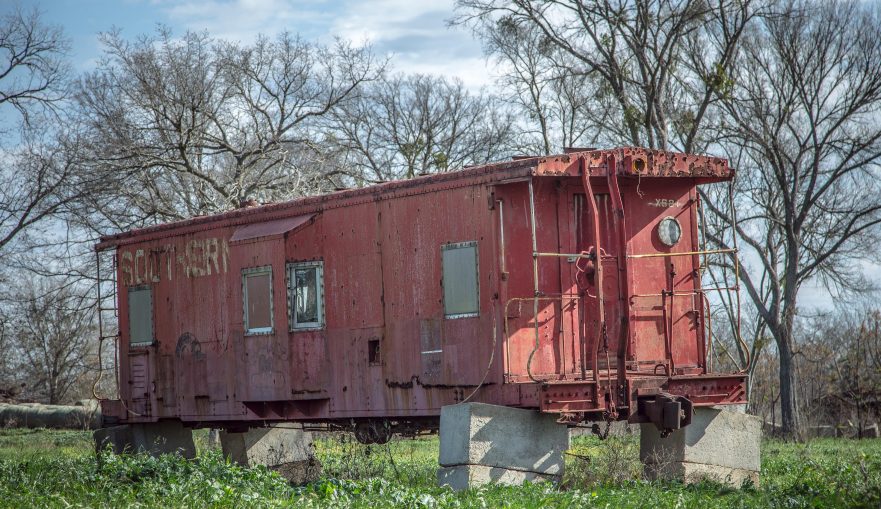 The shortcut to Steven’s house was about two blocks from the train station. Every day he walked on one of two train tracks. He could smell the home cooked meal his sister had bragged about two hours earlier. When he saw the train coming towards him, he took a step to the left and easily reached the other track. He did not know of the second train until it was too late and that was that.

My sister and Steven’s sister split the cost of the funeral. My sister told me she could not understand any of it and even after the last dirt was piled over his grave and she had planted flowers there a year later, she would still dream of him. Not every night, but often enough. She would see Steven walking towards her and she would ask him why. Finally, he told her to sit down and he would explain everything. When she woke many hours later, her eyes were red and she was out of breath.

What did he tell you? I asked.

Others at the dinner table leaned towards us to hear.

I don’t know, she answered. When I woke, I felt saddened and relieved, reborn and more positive of myself, and I never dreamed about him again.

Why is it we take a step to the left when a step to the right would take us to the stone grading away from the tracks and the trains? What makes us follow a path, a shortcut, a way home in the evening?

We were at my mother’s eightieth birthday and she was angry because we threw her a lavish affair and surprised her and told everyone her real age. She wanted to be seventy for another ten years.

Sorry, my youngest sister said, and to me she added, but she looks eighty. And then she went on to compare her to a dozen other mothers who are eighty but look sixty or seventy or—Have you seen Amy’s mom? She could pass for someone in their fifties.

It falls that way sometimes, New Years four days in passing, Christmas two weeks old, and all of the family and all of the friends in my sister’s more than comfortable home celebrating my mother’s birthday. When she blew out the candles, a train let go of its horn overpowering the applause.

I just wanted to be seventy for a little while longer, my mother said, folded her hands, and then entered the dance floor with a Chubby Checker’s twist at the knees.

The conversation veered to the south side of Chicago and the growing violence there, skimmed over the presidential race, fell over my classroom of seventh graders struggling over a science lab, and finally it halted behind the two instructors hired as a surprise for my mother who were trying to get the young men onto the floor to do the tango with the women who were all ages and more than willing to learn.

I drove the car home an hour later, crossed two train tracks and saw the bent fender in the bushes no one has yet retrieved from the driver of a van stalled on the tracks. The train roaring in, the brakes unable to do anything at all, the driver not leaving the car, just sitting there with his seatbelt on trying to get the van to start and then there was an impact so ferocious the entire vehicle was lifted into the air where it flew and bounced fifty yards and landed on two parked cars, crushing them, the man still in his seat, bloody and trapped. They had to cut him out and put him on a helicopter where they airlifted him to the nearest hospital a few miles away.

A step to the right instead of the left. A seatbelt removed, a door opened, a frantic call to someone. The fender still in the bush and we never found out if the man made it or not.

No matter which direction we step, that’s where we’ll now live. Or die. Not choosing to move is movement; it’s still life. Or death. ~ ty malone