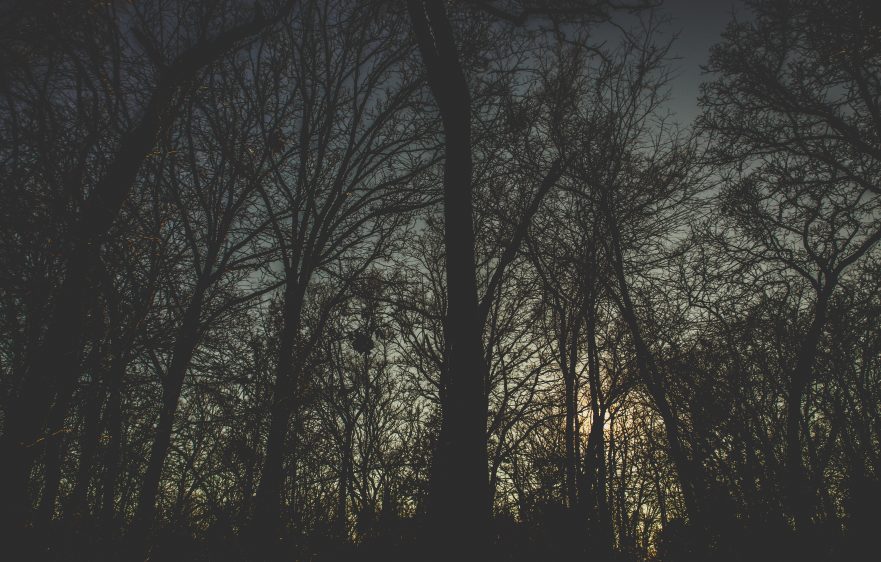 photo "The Weight of Roots" by Ty Malone

I was a high school teacher before they came. I’m not sure what I am now. They said they chose me because they needed cases to test. To make sure their experiments worked. Now I feel more like a Wax Museum custodian than anything else.

What I most recall is that it was a very regular night. Even the light grey sky outside my office window looked no different from the sky I’d seen many nights previously. Looking back now, I remember the extra shades of purple at twilight, but if it weren’t for what followed, I wouldn’t have noticed.

One minute I was preparing a lesson for the following day, when suddenly I felt dizzy. It was as if my thoughts began to echo. Then my body felt uncomfortable, like my arms and legs were being operated by someone else. Like there was another presence in my body. The presence moved down my chest into my waist and extended into my fingers and toes. Although I was disturbed by the strangeness of this experience, the feeling was not menacing. I felt very clear. In fact, my senses were extraordinarily powerful, as if colors were more vivid and my thinking was many times sharper. As I looked around the room, I was struck by my own lucidity. I knew now that my body had been occupied by another sentience. I knew it was a benevolent being. I felt enormous; like I was reclining across the solar system, my hands resting on Saturn and my feet stretched out all the way to Venus.

Then words began to form in my mind, words that I had not thought but which came to me. The words seemed to swell from a chorus of violin notes tickling my bone marrow.

Then something began to speak to me.

“I have come to tell you an urgent message.” Each word was loving and sweet, like a soft whistle caressing my ear, my heart. It continued.

“Earth is on course to be destroyed. Demolition will occur almost momentarily. We have entered your physical form to assist in the mission to maintain life on this planet.”

Oddly, I wasn’t perturbed about what I was hearing.

“We must now transport all human life on earth to a remote location, so that we can adjust the movement of Earth without wiping out the human race with climate and environmental upheavals.”

Our conversation was less a voice in my head, but rather a flowing of sensations, words and images into my body. The way your body feels when the sounds of a cello vibrate your muscles. On the edge of each swell of music was a word or an idea which emerged from the tidal wave of pulsations. The presence continued.

“We have preserved every human DNA, neurological configurations and physiological data in HoloByte datagrams. We have monitored the three dimensional data fields of all humans and have extensively detailed the records; we have mapped out the perceptual and mental fields down to the last reckoning thought of each person. And now we will realign the cities and earth’s natural surface down to a blade of grass. Our reconstruction process could take a few hundred human years, but no one will know. Scientists may recognize a slight shift in the distribution of galaxies and they will naturally speculate on their findings. They will develop theories but will be unable to solve the mystery for centuries. But it will pass unnoticed by the general public, only trickling down to them in an obscure theory.”

“Humans will not notice the hundreds of years that will have passed in between their conscious moments. About one thousand years ago we did a similar experiment in the permanence of consciousness; it went completely undetected, although some people had, what they claimed to be, spiritual experiences. Naturally, spiritual experiences are not scientifically provable.

“I am sorry to inform you, but as you will participate in the mission, we must wipe your memories afterwards. It will not hurt and we will make sure that you are comfortably restored. You will have experienced a shock, and then you will wake being unable to remember the moment we contacted you.”

In that moment, I was looking down at the Earth from a pocket of white space, floating in the darkness.

I observed something so terrible I can hardly describe it. I saw my planet hit by a pulverizing force. The explosion sent Earth hurtling along into particles rushing away from each other.

Earth was gone. There were chunks of rocks moving around in slow motion, spinning from top to bottom.

The presence said that human minds were saved, but all physical records of humanity, and all human bodies were destroyed. All of our lives, history and culture was now trapped on an electronic device. The entirety of planet Earth, they said, could be brought back—with some work. The idea of everything hanging by a thread was somehow both sad and terrifying.

I could feel the presence crying in pain along with me.

This pale blue dot hangs on nothing, but so much hangs on it. ~ ty malone