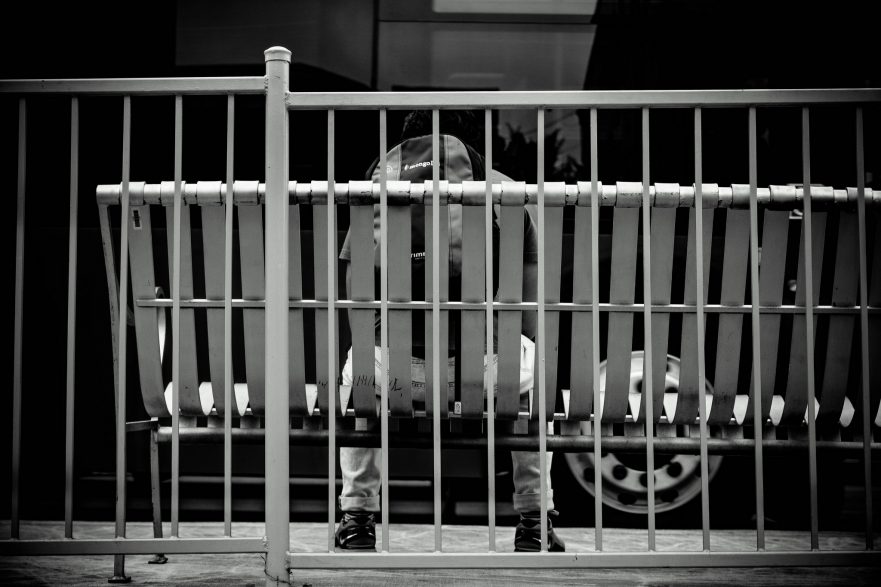 “My usual, please,” the student said.

The ex-magistrate always wrapped up the wholemeal bread the student always ordered.

“It’s delicious with butter and honey,” the student once said.

One day, a tearful woman, leaving the shop, smiled at the history student as he was entering, a sad, gentle smile; she said: “You look like my three sons. They were killed in Vietnam.”

The ex-magistrate glared at the student, not realising the student was carrying a book about the Vietnam War. Youths were brats ignorant of life’s complexities.

The ex-magistrate had a white moustache, blue eyes and grey eyebrows, white streaks in his grey hair: a cloudy-sky head raining judgement upon inferiors.

The student said: “You don’t have to wrap it.”

He had ordered his usual. Thunder erupted outside, clouds blocking the sun. The student saw the woman’s black umbrella through a window.

“Of course I’m going to wrap it,” the ex-magistrate snapped. “It’s against the law not to!”

The law had protected him for years from justice.

She had just come into the shop from a back door. Lightning ignited the walls.

“Really?” the student said. “So you’re a man of knowledge and justice, hey?”

“Since you’re so brilliant,” the student said, “which Australian journalist was in Saigon’s Presidential Palace when the NVA rolled their tanks in there?”

Rain thrashed the shop’s window. The ex-magistrate’s now sheepish eyes fell towards the counter he was sitting behind.

Peter had never been called “Bright Boy” in court.

She expected an apology.

“Pete,” the student said, “your ignorance is disappointing. No A for you in Australian military and press history, hey?”

The law had protected Peter from humility. Now the “laws” had changed.

“You wouldn’t have produced Roland’s brave last stand against vastly superior forces, would you?” the student inquired, opening his umbrella. “It’s bad luck to open umbrellas inside. Bad luck for you, hey, Pete-Baby?”

“Neil Davis, you silly, old tosser,” the student said. “For your ignorance I sentence you to unlimited domestic shame. “What do you think of the law now, arsehole?”

He threw the bread, clipping Peter’s head, while yelling: “Fuck you, prick.”

Peter’s nose was now down at counter level, his brown, mousy eyes peering sheepishly over the top.

The student laughed and said: “A Viet Cong sniper would find that head of yours an excellent target.”

Then he slowed right down, bending forward, whispering loudly: “Be careful, Pete. Be very careful indeed.”

The student turned around and left, a big smile on his face as he heard: “For God’s sake, Peter!”

Peter’s eyes remained at counter level until the student was out of sight.

editors note: It’s war all the time for everyone looking for new wars. ~ tyler malone