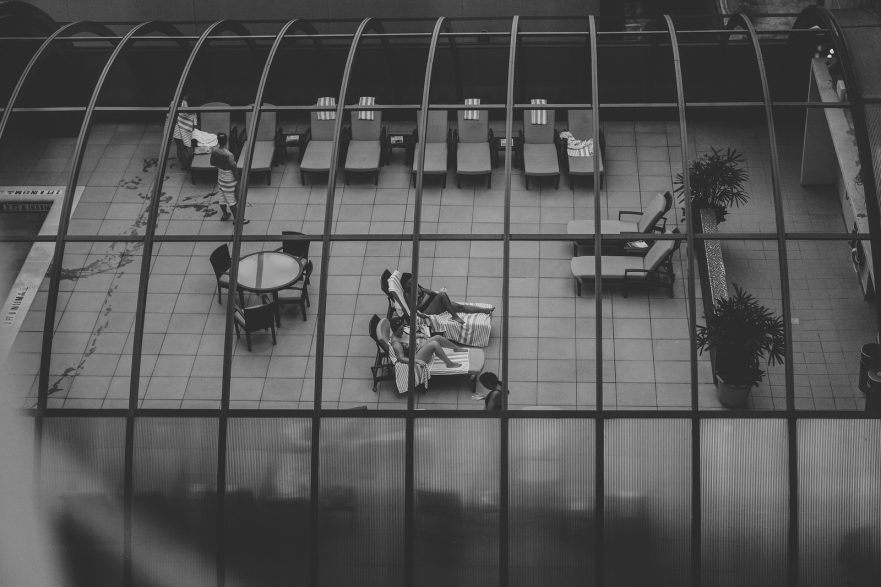 Justin enjoyed his daily walks. A lot of people jogged or ran for exercise, but for him, a long walk was not only good for his health, but also relaxing. He could look around at the world he lived in and get a feel for what was going on in it. An unhurried look at his surroundings.

His walks also made it possible for him to check out some of the women who lived along the various routes that he chose for his walks. The female form ranked high on the list of his delights.

In his late twenties, he had still never married. He had once lived with a woman for two years. He found it restrictive. At the end of the relationship, she was pushing at him to marry her. She had ideas about buying a bigger house and having children. He loved her, but he loved his freedom more. There were times that he wanted to do things that did not allow him to be committed. Sex was very important to Justin, but so was his need to do as he pleased, when he pleased.

It had been almost a month since he had slept with a woman. He had been seeing Janice, a woman four years younger than him. They had some memorable times together, a lot of them in the bedroom. It had gotten to the point where Janice would often come over unannounced.

She also started staying for more than one night sometimes. She had started talking to him about moving in together. He felt he had no choice. He told her they were through.

When he was younger, it was easy to find a seemingly endless stream of partners, but these days, it seemed like every woman he met was looking for a long-term relationship. More often these days than in years past, he found himself longing for sexual release, but had no partner.

He was approaching the house where Rhonda lived. He had never been with her, but the thought of being with her often came to his mind.

It seemed he was in luck. She was tending some flowers in front of her house. As he neared her house, he feasted his eyes upon her. She was bending over, pulling a few weeds.

They talked for a while, standing there in front of her house. Tim was out of town. Tim lived with Rhonda. They had been together a few years. He was a construction contractor. Justin had known both Tim and Rhonda in high school. Tim had seemed an arrogant snob to Justin. He always went out with the best looking girls around. He always drove expensive cars and wore expensive clothes. Rhonda, who sometimes partied with Justin and some of his friends, was always just a little out of Justin’s reach.

As they stood there talking, Justin noticed a sparkle in Rhonda’s green eyes. He had seen that sparkle in many other eyes. She invited him to come in for a beer. As they sat at her kitchen table, it became obvious to both of them that they would get it on.

Finally she stood up, took him by the hand, and led him into her bedroom. She was delicious. And with pleasure, he tasted her. He discovered her to be a delight to his senses. After sex, they had another beer, then coupled once more. She told him that Tim would be home that night, but he would have to leave tomorrow night again. He was working at a job site that was 200 miles away. She also told Justin that she was thinking about breaking up with Tim. They exchanged phone numbers and she told him she would come by his house Monday at 7pm.

Sunday seemed to last 200 years. Monday was just as bad. At work on Monday, he relived his afternoon with Rhonda. All day long. When he got home, he sat on his couch, reading a novel. He could not focus on the story. Finally, 7pm came. And went… He went from feeling like a kid at Christmas to a dog who had lost his bone. Finally, at 8:10pm he called her.

“Exactly. I’ve decided to work things out between me and Tim.”

That was all she said. He looked at the face of his iPhone. He saw a red circle with a white phone in it.

editors note: We’re strong and independent until we want more than what others are willing to give. Then you wait for them to change, but what you should do is wait for yourself to change. – tyler malone