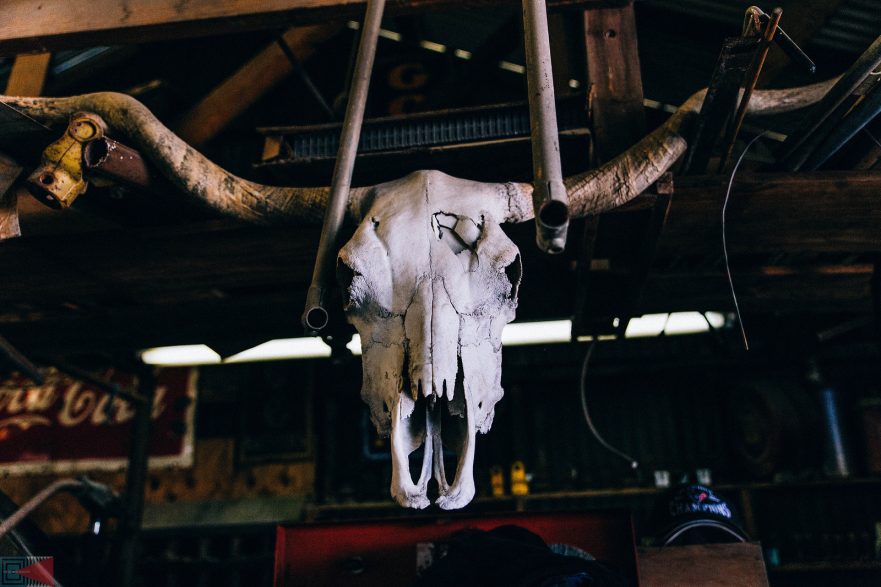 Lisa and Mike. 20-40 years old, but of roughly the same age. Not a couple, just a couple good friends. Nothing apparently remarkable. Should be dressed in the current fashion of the age, but with color. They both have Bi-polar Syndrome.

Stage should be divided  2/3 x 1/3, although not by any visible partition. Death’s third has a coffee table by which he sits on the floor. On the table is materials for two-dimensional crafts on which he is casually but consistently playing. Coloring Books, Colored felt-tip pens, scissors, tissue paper. Must include an unfolded but just cut tissue paper art which, when opened, shows human characters holding hands. He busies himself throughout the play with all items ending with cut tissue. Also, a box of licorice (or other quiet candy) from which he nibbles on throughout. He is utterly oblivious to Mike and Lisa as they are to him. They have no sort of interaction whatsoever.

Mike and Lisa should have a comfortable chair, an old couch to sit on, a coffee table with maybe some beer. There is a TV in the back facing them. It sits there, unplugged. During the play they move around casually, standing, sitting, switching chairs, pacing, whatever comes naturally.

Mike: So, got any plans for tomorrow?  Anything interesting? I’m available, bi-polar and bored.

Lisa: No, I’ve got to get my car washed, it’s filthy and I’ve got a session with my psychiatrist at 3. So, I should be sane by about 5.

Mike: I see. For economic reasons I’ve decided to be my own psychiatrist. See if you can’t steal one of his ‘scrip pads, I’m ready to change my cocktail.

Lisa: I’ll do my best to oblige. I’m pretty sure if he met you he’d trust you with them. You could even write some prescriptions for my doctor. He’s got this consistency about him that’s a little creepy. He could use a little tweaking.

Mike: God knows what the meds. do for you is often a lot more interesting than being bi or polar. Although, from personal experience, I can speak quite highly about being bi. (pause) being polar sometimes makes me frigid.

Lisa: (laughs) They’re really best as a mash-up. Say, you ever hallucinate from psych. meds?

Lisa: Honest to God, one time I was taking a bubble bath after a really shitty day and the weirdest thing happened. As I was emptying the tub, I was just sitting there watching the bubbles go down and one bubble began to grow.

Lisa: I stood up and it kept getting bigger until it was about my height. All wobbly and wavy and just in there in the tub with me, no weird vibes. Everything was all amiable and nice. I figured it would go away when I turned out the light, but it didn’t. It let me lead the way down the hall then popped when I went into my room. This big, friendly, jiggling thing made sure I got to my room and popped away.

Mike: Sounds sweet. What were you on?

(Death has been  relaxed, even happy, drawing pictures, eating candy. Starts to play with scissors and tissue papers)

Mike: One night at Eddy’s I’d taken my doctor’s reality pills, fell right asleep, woke up and there was a monkey at the foot of the bed.

Lisa: Monkeys are nice. Did Eddy see it too?

Mike: Well, that’s just it. I told him “Eddy, there’s a monkey by our feet”. He looked up from his book, looked at the bottom of our bed, turned to me and said, “OK, why don’t you try putting your head back down and going back to sleep”. There was no point arguing, so I put my head back down. I was behaving, but I wasn’t conceding. There had been a real live chimpanzee scratching himself and watching me. I only went back to sleep to keep the peace. But he was totally real whether or not he was a hallucination.

Lisa: So maybe life’s a hallucination.

Mike: Then, golly, this could be death.

Lisa: Yours or mine?

Mike: Mine, it was my idea.

Lisa: But we’re both here. How do you know for certain if we’re alive or dead?

Mike: I differentiate the two by whether your interesting or inane. Worth a laugh or not.

Mike: Do we decide life and death issues by the status quo? What if the threshold for death isn’t someone’s pulse.

Lisa: Then it really wouldn’t matter if we were dead or alive.

Mike: To tell you the truth, I avoid aspirations. Like apparitions, they are based in whim, guided by obsolete maps with unreliable definitions of success. If I aspire to anything it’s having done something positive in my past.

Lisa: I really wanted to be an astronaut.

Mike: My way there’s nothing to fear. Not tomorrow, not society, not death.,

Mike: I think you assume I should be obsessed with life.

Lisa: And you clearly aren’t? Or just in denial?

Mike: All is now. It’s a sufficient ambition and obsession just to manage to end this sentence.

(They look at each other with their faces changing from conversational to a sibling’s love. They stand, clasp each other’s hand and walk off stage. Death lays down his scissors, lifts tissue and unfolds it to audience reveal the chain of people holding hands. He smiles with great satisfaction and lays it down. Lights shut off)

photo, “Under the Skin” by Tyler Malone

Tom Hall is 53, retired and volunteers for his local library. His career was as the grant-writer for non-profit organizations such as "The Public Law Center." and "Chapman University." He received his B.A. from Carleton College and his M.S. from the University of Edinburgh. Married and lives in California.