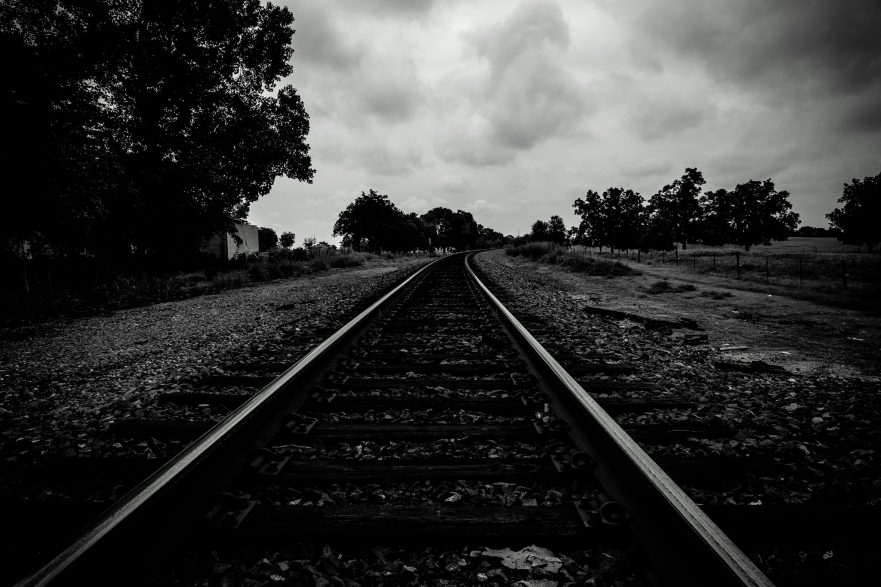 After racing stop signs jutting from small town Texas school buses dull in pre-dawn’s sunray deprivation, I park where we used to play. Tossing basketballs into a net without a backboard, occasionally one would volley next door where my friend’s dying heart was pushed by an electric wheelchair and a young shaking hand. A teenage boy dying from ataxia, the heart was the last thing to go. What didn’t go are the neighbors across from Dad.

Mr. Villarreal was a football coach whose teams didn’t score often but he did with young students. Across the street, he washes his Jeep with one hand and waves with the other. He’s the only sex criminal with a college degree in town. The only other person with a degree is his wife, my old principal. Both their waves sync. “Our city’s prodigal son,” greets Mrs. Villarreal.

“Just for a bit. I finally decided to make sure my Dad is still alive.” A lie tastes better than morning coffee while early sunshine hits Jeep windows soapy with city water rolling in foam. In front of what’s left of my old home, plastic flowers from Mom’s funeral permanently bend, faded pastel petals tinted to the limit. This is what happens when she leaves you: you’re left out in what was before her, a false old world, long dead. Even the local sex criminal lives with love.

Dad walks out the front door keeping a smile he’s had for years at the sight of his son but knows what brings him home.

“I found love, then found how quickly it goes.”

Dad leans towards me in a rushing hug. “It leaves out of nowhere, same as it arrived. I’m here, Son. I always have been.”

A sunrise vampire out for life, Mrs. Villarreal joins the father and son reunion. “I don’t know how long you’re in town,” she says, not caring what she doesn’t know about life, its loss, the loss of love of life, “but Lauren lives here.” The old principal points with fingers like broken rulers next door. Two four-wheel drive trucks rest unignited in grass dying around crushed newspapers still in plastic.

“Umm, yeah. She lives next door, right there.”

“It’s been a few peoples’ houses since they lived there, after Bo Lowman died of that disease.”

“That.” Head bowing, Mrs. Villarreal gives a moment of impromptu silence for the dead. Years of education taught her exact seconds to match indifferent heartbeats. Mr. Villarreal’s hose arches its stream. A rainbow rises above the Jeep’s fender from nothing but sunrise and sulfuric water. The week Bo Lowman died, Lauren Villarreal didn’t take my virginity, I gave it to her when I tossed my young body into a pond I didn’t care would be full of snakes and sunken bones of boys from pasture parties or warm, wet sugar. She was a senior, I was a freshman. Predators in brush, on streets, all sides of classrooms, grow but keep looking for bodies. Lime thick soap drips off tires. “Well, Lauren lives with her boyfriend. I know you were friends, so I thought I’d let you know.”

Dad talks to the retired principal as radio rock basses its way from next door’s backyard. It’s time, and since time is a habit, I excuse myself to brew coffee in Mom’s coffee maker.

Sun spreads over unloved men and women who refuse to believe this is living as next door, that old Lowman yard, full of abandoned airwaves enjoyed only in echoes among scattered workout equipment mixed with what looks like children’s toys and colorful light weights. Tractor tires and exposed dumbbells carve soil: Urban fitness in a rural yard. The man who has to be Lauren’s live-in boyfriend wears worn compression shorts and drinks a breakfast cold snack. A mushy assembly of dog shit hardens like a slug on a highway close to his left heel, but no dogs run the yard.

“Morning, neighbor.” He lifts his tall beer can, its silver cap catching sun as a water tower in his fist. “You’re new here.”

As I imagine and find hope in a filling coffee pot, I say, “I don’t have a place or a home, but I have roots, so I’m back to them.”

I plan an exit as Lauren makes her entrance. From bulged back patio screen, she follows breast implants—two elementary school dodge balls under her shirt reading, LIFT LIKE YOU FUCKING MEAN IT. She kicks through runway ruts and skips over grass holidays. “Just look who rolled back into town.”

“Morning, Lauren. Look who settled with a man and a home and kids.”

“Kids? Fuck no!” she says while tossing weights off a backyard bench close to her unpainted pink toenails cut and misshapen by rocks that hold up Texas.

The old Lowman backyard pounds with bad music out of time as I say I’m going inside for coffee, thinking how not long ago there was laughter before coffee, even before the sun. Low music and memory follow me inside. How quickly what we think is good goes—arrives and never leaves, just weighs less as it shifts volume. We’re so accommodating to the shape of loss.

Just as we make a home for missing time, I fill a coffee cup for a dead hand.

Out a kitchen window, as music drowns things that could be said, sun on the sill catches in rarely observed dust, yard fences begin to heat at each link but hold around a woman who once took what little gifts I could give. She’s on her back and atop the workout bench as her boyfriend holds his beer and one of her legs over his shoulder for all the dead in the neighborhood.

editors note: Thankfully, return to place is not to time. Let the dead bury the dead. – mh clay