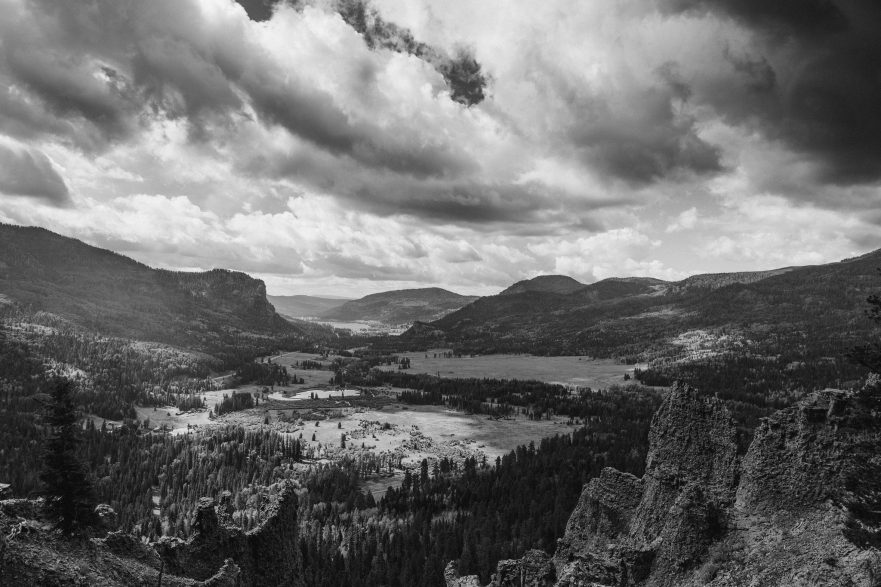 There was a long stopover from the American Airlines flight from Seattle to Cleveland. She wore a loose fitting dress with tiny birds seeming to fly off into the distance. Lucy disembarked with old carryon baggage coming apart at the seams. She made sure her name was visible on the small plastic card as she lugged it to the nearest café.

She walked around and picked out a bag of barbecue potato chips, a carton of chocolate milk and peanut M&Ms. The clerk popped her snacks into a plain paper bag – how dull, thought Lucy – as she slowly walked back to the waiting area.

An older man was seated, his legs spread apart, knees almost reaching his chest, meaning he was very tall, and she sat opposite him. His blue eyes seemed to smile at her. She picked up her things and pointed to the seat next to him.

“Sure,” he said. “I always feel lonesome in airports.”

She explained she had been visiting her cousin Phil and his wife Barbara in Seattle. “Wish I hadn’t gone,” she said. “They get along terribly. He yells at her for everything. The casserole’s raw in the middle. The floor is filled with crumbs. And he calls her names. The ‘C’ word,” she said, sotto voce.

“My wife’s in a mental institution,” he said. “She was the most wonderful woman when we met. Baked breads. Gardened and made bouquets for everyone we knew. Appeared on TV shows that featured her talents, including a portrait of our young son, Don, Jr.”

He paused and cleared his throat. “She drowned him. Two years old.”

“Holy Jesus,” said Lucy, standing up and wringing her hands.

“Sorry, I didn’t mean to cause you any distress.”

“Distress? You’re the one who’s gotta bear all this distress. How do you stand it?”

He suggested they leave the waiting area and walk outside.

She picked up her bag and he stood up.

“How tall are you?” she asked.

“Six foot seven,” he said, as he took her arm and her bag and guided her to the double glass doors a good fifteen minutes away down the busy corridor.

The brisk Colorado air embraced them, with smells of pine trees, exhaust from the taxis and buses ready to take passengers to their destinations.

“There’s a nice little park across the street,” he said.

They hurried away from the congestion and Lucy could see a flatland with grasses swaying like on the prairie states. Only nineteen, she had traveled cross country by herself and visited every single state, including Alaska. Her dad had told her, “You’re only young once. Later on you’ll be saddled by a husband and kids.”

He sat on a log with many lichens attached, while she sat on the ground, her dress floated around her like a pillow.

“I’m really in no hurry to go home,” Lucy said. “I haven’t decided yet what to do with my life. Nothing, really, appeals to me. My dad runs a pharmacy. I’ve worked with him since I was fourteen. And Mom stays home, washes the floor, separates the dark from the lights and puts them in the machine, and I read books upstairs in my room. Our friend Jack just put in new wallpaper. I got to choose it.”

He lifted himself slowly off the log and lay down next to her on the ground. She, too, lay back. They both stared at the blue sky, an occasional wispy cloud setting off on its journey.

They were both silent. She waited for him to talk. She was excited, really, to hear about the tragedy.

“Though it kills me,” he said. “I visit her every week at Stapleton. She doesn’t look the same. Her face is stretched tight, her eyes turned into slits. Her lovely red hair, which she had colored at the beauty shop, is now a yellowish white.”

“What do you think when you see her? Feel like punching her? Spitting at her?”

He paused. “I feel absolutely nothing. I do hope, though, she dies soon. She certainly remembers what she’s done and it must be terrible living and knowing you’ve drowned your own baby.”

He sat up and reached into his pocket.

He drew out his wallet and pulled out some pictures.

“Here’s me and Helen when we were happy.”

And then, “Look at little Donny!” He was in the backyard of their home in Colorado, playing in the sandbox. A huge smile lit up his face. His blue eyes gleamed, just like his daddy’s.

“Who’s this?” asked Lucy, pointing at a small brown and white dog.

“When she found out Donny was dead, she ran out in the street and got hit by a dump truck.”

She got up and sat in his lap. She put her arms around him and squeezed him as hard as she could.

He pulled her face down and kissed her gently on the lips.

“You’re a lovely girl. Too bad you live so far away.”

Neither of them mentioned that they would never see one another again.

They did write an occasional letter, his postmarked from Denver or New Mexico or Texas where he was running conferences on geology. He mailed her a newspaper clipping from The Denver Post that Donald Peterson, 42, was honored for “his contributions to stemming climate change.”

Several years passed. Lucy got a degree in journalism. She was working on a story for the Cleveland Plain Dealer about a drowning in a city pool.

She took a plane to Denver.

A yellow taxi drove her to 928 Aspen Place, hidden in the woods. She knocked on his door. And there he was, eyes blue as the sky. They fell into each other’s arms, never to part again.

editor’s note: This is how we grow: together or apart, apart then together. Or it never happens. What happens, though, is life. ~ tyler malone

photo “Proper Dose” by Tyler Malone aka The Second Shooter