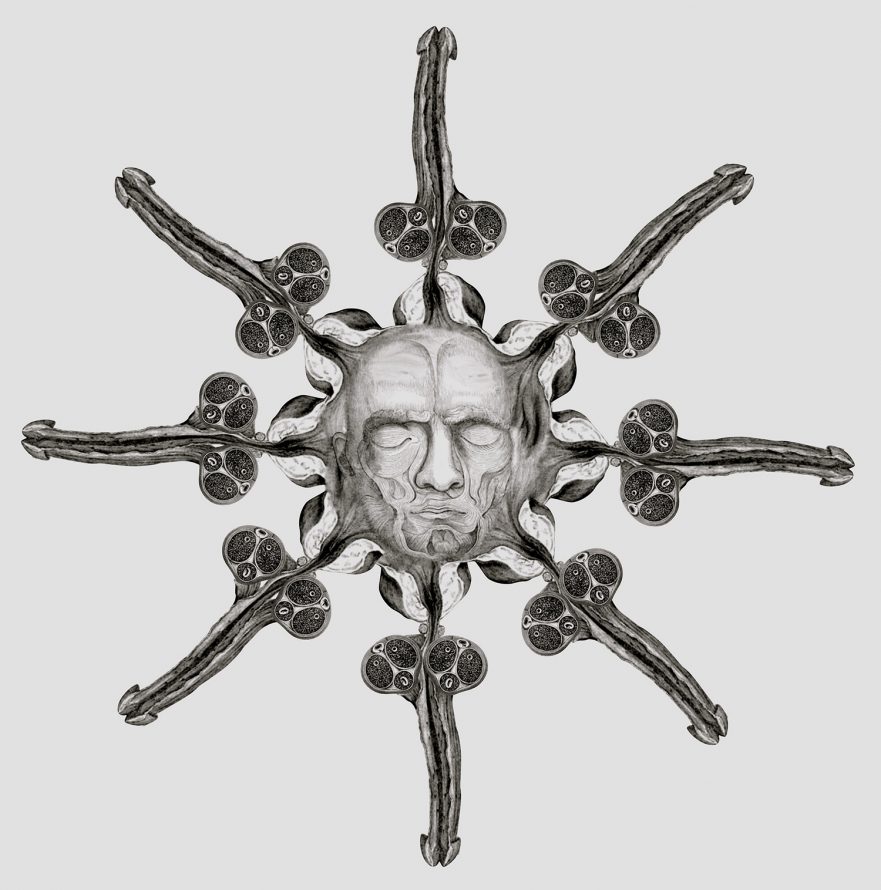 It was the late seventies and I’d never known any woman like Marie, who would cover one whole wall of her room with naked men centerfolds taken from Playgirl Magazine.

Marie had graduated from the university in Cedar Park and was now in a medical program at Galveston’s Sealy Medical Center to become a medical photographer.

“You’ve got some interesting pictures here,” I said.

“Let’s go for a walk around the block,” Marie said.

Her apartment was in an old Galveston neighborhood close to downtown. The lovely and ancient wooden two story houses were raised ten feet off the ground and you had to climb steep wooden steps to get to the front door. This was to prevent flooding, if the island ever flooded again, as it had done in 1900, from a hurricane.

We walked in the shade under tall live oaks. It was a great spring day. Puffy clouds dotted the sweet blue sky above.

“What are your plans for the future?” Marie asked. She was wearing a cotton summer top that left most of her shoulders bare and showed a bit of bosom.

“I don’t know,” I said. “Something exciting always comes along.”

I was so entranced with Marie that I wasn’t thinking. She spoke with what I thought was a French accent, but I learned later that she was not French. Her parents were Belgian and proud of it, but made a living operating a French restaurant in Houston.

If I’d had my wits about me, and had thought beyond my dream of being in bed with Marie, I would have recognized she was running me through a test with her questions, to see if I was worth dating, perhaps potential marriageable material. I talked about how I loved being a poet, and how I loved working with kids in the Galveston public schools. The kids I could reach were the sensitive ones, the outcast kind who hurt. Poetry could be an outlet for them, help them understand their emotional struggles, keep them sane. I worked through the Galveston Arts Council on an NEA grant.

No one was at the apartment when we got back. We went into Marie’s bedroom. She sat down on her bed, stretched out and got out a shoebox from beneath. Inside the shoebox was loose marijuana and Zig Zag rolling papers. Marie began to roll a marijuana cigarette, a joint. I was sitting in a chair against the wall. She looked fetching on the bed. In the 70’s, many women still did not wear a bra. I tried while we were walking but had been unable to catch a glimpse of her nipples.

“All my parents did was work,” she said. “Sixty-seventy hours in the restaurant. I never saw them and was brought up by a Mexican nanny. I knew she wasn’t my mother but she sure felt like my mother.”

Marie lit the joint and passed it over to me. The woman who I’d lived with before back in Austin would smoke a joint, grow happy and loosen up. That was the way she signaled she wanted to get laid.

“I’m dedicated to the craft,” I said, “but I don’t sit long hours on my ass like novelists.”

I got down on the bed next to Marie, leaning like she did where the bed touched the far wall. While we talked I scanned all of the naked studs with their half erect penises in full color on the far wall. Some of them wore black cowboy hats.

“I guess you went to college,” she asked. “Did you study English or something?”

“I got a degree in anthropology,” I said.

“What do you do with that?”

“You study different cultures, tribes,” I said. “As far as work goes, I met a man with a PhD in anthropology who was running an appliance store.”

I wasn’t catching the subtext to Marie’s questions and was giving forthright replies. I had a friend back in Austin who used to carry the Wall Street Journal around to impress his girlfriend. It worked. She married him thinking that he had a lot of money.

All I could think of was Marie straddling my legs naked. I kept my hands in my lap to hide my erection. The pot had loosened my inhibitions like alcohol did. Marie was holding the joint in her right hand in her lap. I closed my eyes and bent over to kiss her, saying her name softly. Her left hand came up and stiff-armed me right in the face.

She pulled away and stood up, “Men don’t listen!”

“I’m listening,” I said. “After we make love we can cuddle up and I’ll listen for hours.”

Marie walked out the room. I heard a door close and a lock click. I knew that meant she had retreated to the bathroom.

“I’m not a rapist!” I said through the bathroom door. “Poets aren’t rapists. Give me a few minutes and I’ll write you a rough draft about what just happened. It will be full of love.” I knew I was confusing the word love with lust.

I kicked the door and hit it with my fists. “Poets are passionate,” I said. “This door is hollow and flimsy. I could put a butter knife through it.”

It occurred to me that she’d learned the bathroom hideout behavior from her mother.

Everyone suffers from penis envy in one way or another. ~ mike fiorito