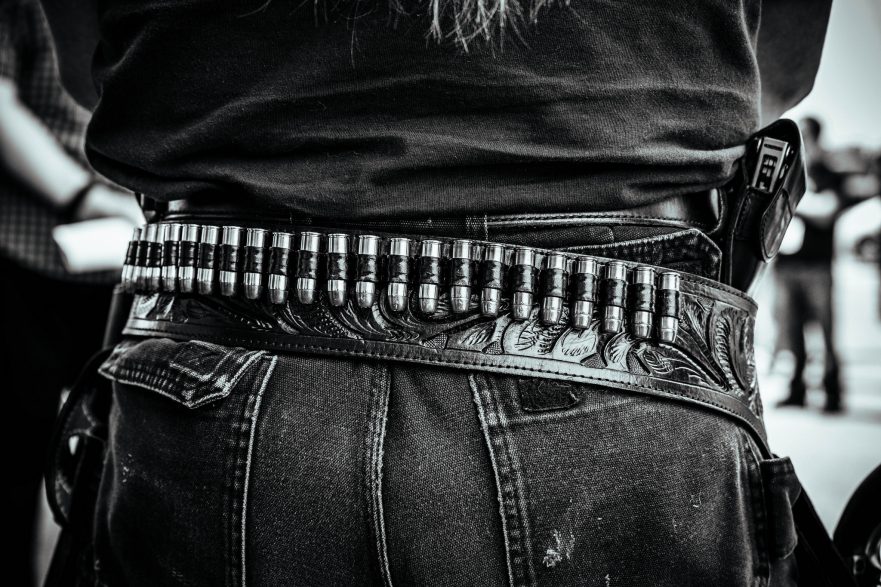 He knew most of the people who had been killed. Except for one guy who was known for his piss poor treatment of anyone that crossed his path, Terry could think of no explanation for most of the murders. It seemed to be senseless. People run over by cars, stabbed, shot, or strangled. Old lady Johnson, who was a happy old gal who would help anyone had been found drowned in her bathtub. There had been signs of a struggle. She lived right down the street from Terry.

His girlfriend had left him about a month ago, after he was laid off at the warehouse. It was kind of depressing. She had left her cat behind for Terry to take care of. He was not a cat person, but really, the cat was a lot easier to get along with than Jody. Cleopatra slept most of her life away.

His buddy at work had been talking about the strange look he was seeing in some people’s eyes, just before they had been laid off from the warehouse. Jim told him that a lot of people around town had been acting weird. They weren’t only acting weird, thought Terry, they were killing each other.

His mom, rest her soul, had always told him that one day evil would completely overcome people and the world would become like a living nightmare. Terry always thought that she was just getting older and focusing more on all the bad things happening in the world. Lately, he wondered if maybe she knew what she had been talking about.

He fixed some supper and ate, then he watched a movie on AMC that he had already seen before. He started to watch another movie, but when it was about half over, he caught himself dozing off in the recliner a few times. He shut off the television and headed into the bedroom. Cleopatra had beaten him to bed. She was already curled up asleep.

He took off his clothes and sat on the edge of the bed. Leaning in the corner of the room, right next to the bed, was the double barrel shotgun he had inherited when his dad passed away. He had not hunted in several years. When all these murders started to take place around town, he bought a box of double ought buckshot. He picked up the shotgun and broke it open. Two shells ejected, landing on the bed and startling the cat. He picked up the shells, placed them back in the gun, then closed the breech. He placed the gun back in the corner. Cleopatra had regained her composure and was almost asleep again already. He got up, shut off the light, thought about his situation briefly, then fell asleep.

Later, he felt the soft pad of the cat’s paw touching his cheek and awakened. He could hear someone opening the back storm door. He sat up in bed, reached over and grabbed the shotgun. He stood in the corner of the bedroom, listening intently. There was a loud noise as the back door was kicked open and hit the wall of the kitchen.

At this time, he could also hear what sounded like someone trying to kick the front door in. A figure came through the bedroom door, approaching him. He fired one barrel of the shotgun at the person’s midsection without thinking. The figure at the entrance of the room doubled over, then fell forward onto the floor.

In the background, he heard the front door crashing open and the sound of someone coming toward him through the house. He watched in horror as another figure loomed in his bedroom doorway, then jerked as a deafening BOOM sounded. He fired at the second figure almost instinctively. This figure also fell to the floor and was moaning loudly. He flipped on the bedroom light.

One man lay dead, just inside the entrance of his bedroom. Another was gasping for air, lying on his side, with what looked like a .38 caliber revolver on the floor, next to him. There was blood everywhere. He picked up the revolver off of the floor and placed the shotgun back in the corner. He glanced at the bullet hole in the bedroom wall.

He walked across the bedroom to look at the two men on the floor. They were both dead now.

He picked up the phone from off of the chest of drawers and called 911. After answering the questions of the 911 dispatcher, he went into the kitchen and opened a beer. Jesus!

He watched out the window of the living room, waiting for the authorities, who were sure to come quickly. A Jonesville police car pulled up in front. An officer got out of the car and walked toward him. He stood in the doorway.

“Where are the intruders?”

Terry led the officer through his house to the bedroom and showed him the bodies. The officer stood looking at them for a moment. Then the officer looked up at Terry. When he did, there was a look that was passing strange in the eyes of the officer. Terry watched, feeling as if he were in a bad dream, as the officer removed his pistol from its holster and pointed it at him. He felt the pain before he heard the shots. He staggered back, falling to the floor. He felt very weak, as though he was oozing out of himself. He could see Cleopatra, watching him from under the bed.

We all have angels buried in our backyards, but really, they’re just bodies. ~ tyler malone