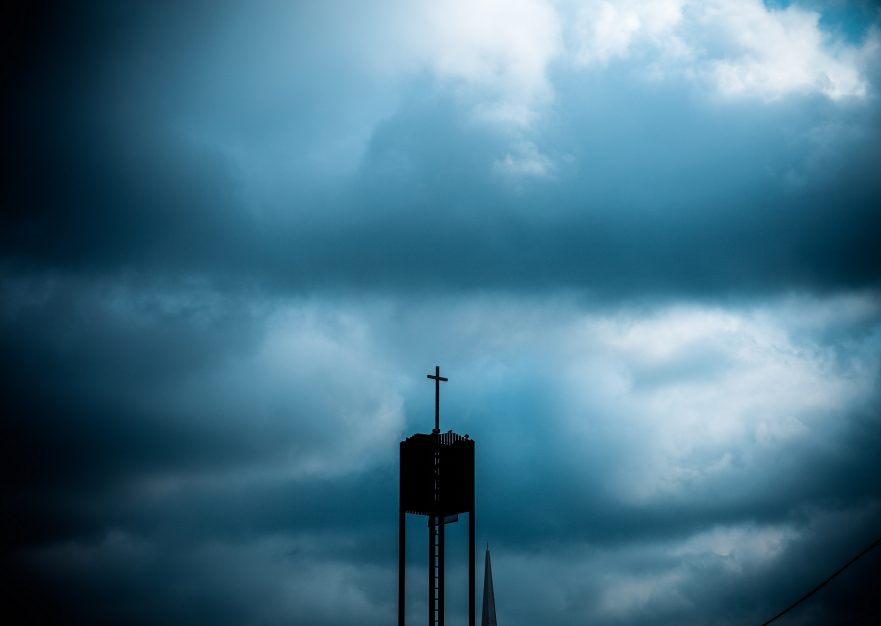 photo "Highest Call" by Tyler Malone aka The Second Shooter

Ever since St. Bernadette had a vision of Mary in the grotto, tourists came to Lourdes, some to be healed by its miracle.

Arriving by train in Lourdes, Roberto alighted onto the streets, now crowded with seekers from across the globe.

They came from all over the world, some on crutches, some in wheelchairs, and some even on flat beds. They all came in quest of a miracle.

“You see this queue,” said Genevieve, his French guide, pointing to the long line of people who waited to pass through the grotto. “They’ve come to touch the stone where Mary is said to have appeared.” The line to enter the grotto seemed endless. Then there was a queue of people returning from the grotto; yet none seemed to be healed. And none of them looked disappointed either. Some were wheeled back on beds, their eyes looking heavenward. There was an ecstasy even in the failure of the enterprise. One elderly man clutched rosary beads close to his chest, his teeth chattering.

“Bernadette’s father was put in prison after she told the local church about her visions,” continued Genevieve, as men walked by holding full-sized crosses like a fleet of crusaders.

“She had over thirty visions,” she added, hunching her shoulders, running her fingers through her straight greasy hair. She sweated heavily in the August heat; her glasses misted from the humidity.

Nestled at the foothills of the Pyrenees, the sun mercilessly rained down in flames on Lourdes. The sun’s rays stung Roberto’s pale cheeks.

“Why did they imprison her father?” a German on the tour meekly asked.

“She threatened the authority of the church,” Genevieve quickly replied. As she spoke, wayfarers rushed by holding banners proclaiming their church affiliations, as if sprung from out of the middle-ages.

“Isn’t it ironic that mystics and visionaries became the thorn in the side of the church?” she asked. No one ventured a reply.

Many of the visitors elected to not go inside the grotto and instead waited their turn at the fountain to bottle holy water. The holy water came from the spring that flowed inside the grotto. Roberto bottled some water to distribute as souvenirs for his family. They accepted the ideas of the church without struggle. He, however, suffered from doubts.

Genevieve continued her lecture on the Catholic leaders who assumed control of Lourdes, expanding it over the years, finally building the cathedral, the various sanctuaries, statues and fountains on the grounds.

“Do you believe that the grotto has miraculous powers?” Roberto blurted, the question escaping from his lips.

“Of course, I believe. That goes without saying,” she said. “You’re telling me that you don’t feel anything sacred here?”

Roberto bowed his head out of embarrassment.

“You must have come for some reason,” she said. “Or is it just intellectual curiosity?”

She paused, then said, raising her voice, “Some people come to Lourdes merely to ridicule it. As if this is all a pathetic circus.”

An English couple gave him a look of disgust. Roberto sunk back into the group, trying not to stand out. He took out a sandwich and quietly ate it as he looked on and listened.

The tour ended on a street next to the gift stores. Roberto wandered into a shop named Sacred Gifts. The Mother Marys’ had their own section. There was a separate Jesus section and an area for prominent saints. As he picked up pendants and effigies, old men and women, some priests and nuns, rifled through the piles. One lady, a nun, who looked vaguely familiar, turned over the objects rapidly, emphatically whispering “NO” each time. Although the objects were cheaply made, they sparkled. Among the heap of fakes, a precious pendant lay nestled in the bottom, her actions seemed to suggest.

He mimicked the nun, rummaging through the bins. She smiled at him shaking her head. Finally, she picked up an oval locket adorned with an image of Mary clasping her hands in prayer. She held this one up to her face and kissed it. She began reciting the Hail Mary in Italian.

Then she began to tear.

He walked over to her.

She reached out her hands to hold his.

“It’s OK,” she said in broken English with an Italian accent.

“Did something happen?” he asked. “Can I help?”

“I’m fine, little Roberto,” she said. “It’s just that you don’t remember me.”

Now he was hit like a thunderbolt from the past. This was Sister Alberti from St. Patrick’s.

As his face turned red, he held her hands tighter. He was flooded with fond memories of Sister Alberti. The classroom with the small wooden chairs and little desks bolted to them. The green, white and yellow uniforms, like the colors of Scotch tape. The twisted black face of the Jesus on the crucifix that hung in the center of the classroom. Sister Alberti’s pink cheeks and bright blue eyes. She’d aged so much in the past forty years. He recalled the questions he asked her in science class. Questions about the universe, about creation, about God. She was so patient.

“Yes, of course I remember you, Sister Alberti.” They now embraced.

“Did you find what you were looking for in Lourdes,” she asked, her eyes wide and moist.

“What I mean to say is that now you must believe in miracles,” she said.

“Was meeting you a miracle?” he asked.

“You still can’t see what’s right in front of you, little Roberto,” she said. She handed him the oval locket adorned with an image of the Holy Mary she had picked up. It was a perfect replica of the statue that greeted him every morning in front of the entrance to St. Patrick’s School so many years ago.

Whatever size you think an author of all could be, think of smaller. Pray to something as small as a memory, when everything out a door was a new universe. ~ tyler malone