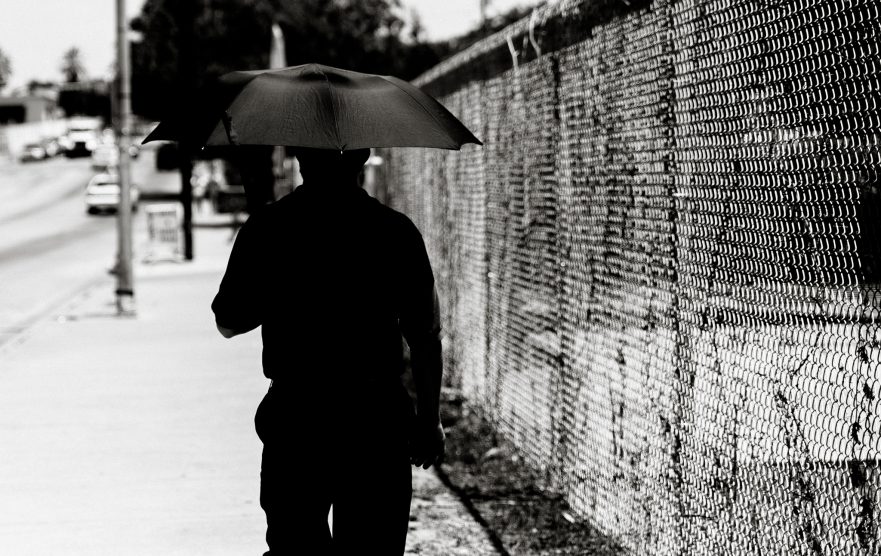 We parked in front of a bar and got out of the car. Loud Tejano music was playing. As we opened the door the song ended. We stood at the end of the bar closest to the door and ordered two beers. The men at the bar were staring at us. Every one of them were Mexican. It was obvious we were not welcome.

Music started again. A man came up to a woman seated at a table, pulled her to her feet, then flung the chair across the room. The place exploded with laughter. We took a drink of our beers and left.

Back in the car, we headed for the interstate.

“It’s a wonder we never got killed in there,” Dick said.

We drove about thirty miles and stopped at a diner to eat. As we ate our food, we heard some of the locals complaining to the waitress. We gathered from their comments that the local Indians would get drunk and lie down on the highway from time to time. Occasionally one of them would get killed. It sounded like it caused considerable stress among the drivers in those parts.

We journeyed on through the darkness of New Mexico night.

“That’s one hell of a fate to get run over on the highway, Alan.”

It was right at that time, as if on cue, while driving down the interstate 70 mph, we drove past a huge black cow standing in the next lane, that turned its head just as we approached it. We saw a patch of white as we whizzed by. The cow was all black, except for a patch of white on the left side of his face. The night was pitch black.

“We dodged the bullet,” I said.

We traveled on to Tucson and lived like gypsies for a few weeks. We showered in truck stops, partied in Tucson. We even went on a couple tequila drunks in Mexico.

Whenever I think about that trip, it always gives me the creeps when I see that black cow in my mind’s eye that nearly stopped us on that dark New Mexico highway.

A knock on my door brought me back to the present. “It’s time for lunch, Alan.” Smiling, the nurse’s assistant came over and pushed my wheelchair out of my room.

As she pushed me down the hall toward the dining room, I caught glimpses of other residents coming out of their rooms, some assisted by other employees of the nursing home.

I had escaped death on that New Mexico highway, but I would not escape death here. I had no illusions about that. It might take a little while, or it might take a long time. Even so, this place is not my ultimate fate. That would be either long dark road, with no conscious awareness, or some unknown spiritual afterlife. I looked forward to either.

All fallen leaves are to curse their branches—it’s their fate. ~ tyler malone