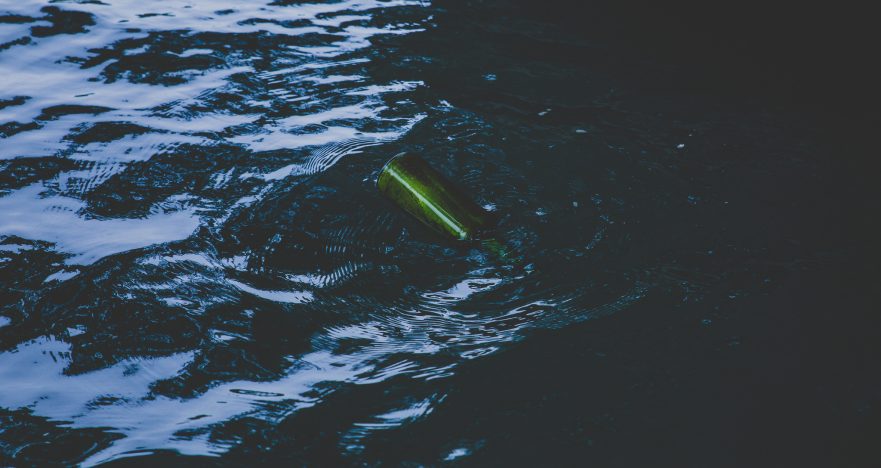 photo "Floating on, but Not for Long" by Tyler Malone aka The Second Shooter

“Let’s go into the blue,” was how I invited her to trespass onto the backyard dock. We weren’t prepared for more murk than color over our borrowed sludge lagoon.

Sand was as far away as winter and we had splintery wood planks offering our bodies to lake water dragged twice this year already. Sounds of tree services already hacking and clearing spring growth overtook any dirty water noises. The lake community was seasonal. Cheap Texas waterfront property was vacant in late May after elderly northern owners escaped back to their thawed world, happy the globe is easily split in half.

Her hand on my thigh, pointer finger toying with a hole on the side of my trunks that have seen too many seasons, same as an old bride’s wedding dress if she wore it to her newest annual wedding. She leaned in, offering a splinter’s degree of friction between layers of thumb skin and said, “I’ve been thinking, and not because of anything bad that’s happened, but I need to let this out before we go out tonight.” She inhaled. “Is a hotdog a sandwich?”

Living past near death by anxiety, I said, “It exists as its own entity. You don’t ask about its ingredients or why it exists as it does, you just devour it. If you question the perfection of a hotdog, you’re cracking.”

“The only thing that’s cracking are your feet,” she said removing her hands and twirling her finger over my crossed legs. My droughty left heal was caressing her bare leg. Looking at shades of meat leaking through dry white folds, she recoiled.

“They’re the feet of Christ. Holy and ready to be washed by someone.” In exaggerated bicycle kicks, I threatened her with my corpse feet.

“All those nasty things should touch is this filthy water,” she said, knocking my feet away. Slamming my heels into the water, she squealed as the lake water slime splashed, still cool from spring’s last breath. The squeal wasn’t from the water, it was from a splinter that bayoneted itself into the back of her knee.

With lacquered nails colored as watermelons ready to be devoured at a Baptist picnic, she pinched the wood out as if she were some bikinied goddess plucking a dancing medicine man from a cavern, its walls painted with contorted, profane figures. I counted unshaved hairs on the back of her kneecap, about half a dozen cinnamon sprouts. “We’re never ready for others to see us as much as they do,” I said as the hair count stopped when she tossed the splinter into the water with not even the smallest of splashes.

Still, she didn’t hear me.

“Think all this wood is from anything important?” she asked. “Noah’s Ark, a stagecoach from a big bank robbery, some weird failed wooden spaceship a nutty local tried to invent?”

“This dock would be the most important thing in Texas, then.”

Sliding back towards me, she kissed me while minding my feet in the manmade lake, eaten at the ankles by bacterial waters the tint of spilled sewage. “We’re here, that’s what the whole world wants to discover.”

Harsh Spanish swears cut through the chainsaws somewhere in the trees around the lake, clearing properties no one even lived in. “There’s a barn that’s said to have used wood from the Mayflower,” I said. She nodded, thinking of turkeys and maize and seasonal prayers, probably not a burned witch’s call to her mother’s God or a death march’s first blister on a tender heel. “It’s not here, I mean. But it could be true, using a ship’s hull to make a barn. But now we have wood and nature to spare. Most of what’s important isn’t for history and we’re past all that now. These trees under us were cut and chemically treated to build a dock to be here until it isn’t.”

And then there were two as her feet joined mine in the water’s clouds. The afternoon sun pushed shade from the pier’s roof to the edges of our laps. The waters don’t stop slowly coming for us. In the shade, lake’s water almost looks blue, like it always should, as blue as real water always is. I almost saw the two of us among the slow waves, each built new for that one now.