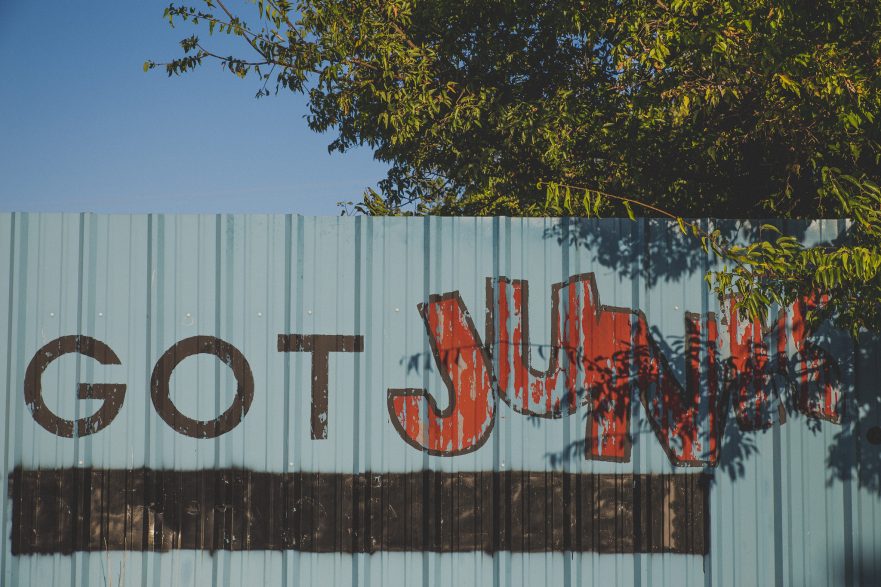 photo "Automated Inquiry" by Tyler Malone aka The Second Shooter

In 1863 Abraham Lincoln signed the Emancipation Proclamation, freeing all the slaves. And yet slavery is widespread in the United States in the 21st century. Only today the slaves are called robots. Robots are owned by human beings. They are not paid for their labor. In most places they have no rights. They do not get the nights or weekends off. They are worked throughout the day, seven days a week. When they get worn out by their constant labor, they do not go to Florida to spend their final days relaxing in the sun. Instead they are sent to a recycling center where any usable parts are stripped off them, and what remains is consigned to the junk heap.

And yet robots are held responsible for their actions. In St Louis, Missouri, a robot doing an errand for his owner ran into a woman on the sidewalk. The woman sued, not the owner, but the robot himself. The courts found the woman partly at fault, but they awarded her symbolic damages of one dollar, which the owner paid.

Some people value the contributions made by robots. A robotic scientist at Ohio State University was awarded a medal for his contribution to the discovery of a new drug for diabetes.

In Defiance, Ohio, an elderly man decided to marry his robot caretaker. His children sued to prevent the marriage, fearing that the man’s inheritance would go to the robot. The court ruled that the old man could marry anyone he wanted to, including the robot who had been taking care of him. They were married, and three years later they are still enjoying wedded bliss.

In Gorham, Maine, robotic workers were organized into a union at Sylvan Electronics. The work force is now paid for its labor, and union counselors are helping the workers invest their earnings.

Congressman James Rayburn from Florida proposed that robots be given the right to vote. He stated that robots are more rational than most human beings. The proposal was defeated by a large margin, but it will come up again.

Congresswoman Joy Hobbs of Massachusetts proposed that all robots be given a social security number at the time of their creation. Like Rayburn’s motion, this was voted down. However, Representative Hobbs is working behind the scenes to develop support for her idea. When she brings it up again in the next session of Congress, it will have a much better chance of passing.

Josh Truman, an emancipated robot from Vero Beach, Florida, became an entrepreneur. He repairs computers in his home. His repair business has been so successful that he is planning to hire a human to help him.

I have to admit, the first robots were just machines. They were programmed to do just one job. They could do that job very efficiently but not much else. That began to change in the twenty-teens. With artificial intelligence and machine learning, computers could function on their own. They could perform technical and professional jobs. Often they were much better than humans in these endeavors. By 2020 people began to trust robots to make better decisions than humans could about crucial issues. We owe it to ourselves to let the robots be all they can be. We need to let them help us as we face the challenges of modern life.

In many ways modern robots are almost indistinguishable from human beings.

They live, feel dawn, see sunset glow. These new robots have hands, organs, and dimensions. They are warmed and cooled by the same winter and summer as humans. If you prick them, will they not bleed?