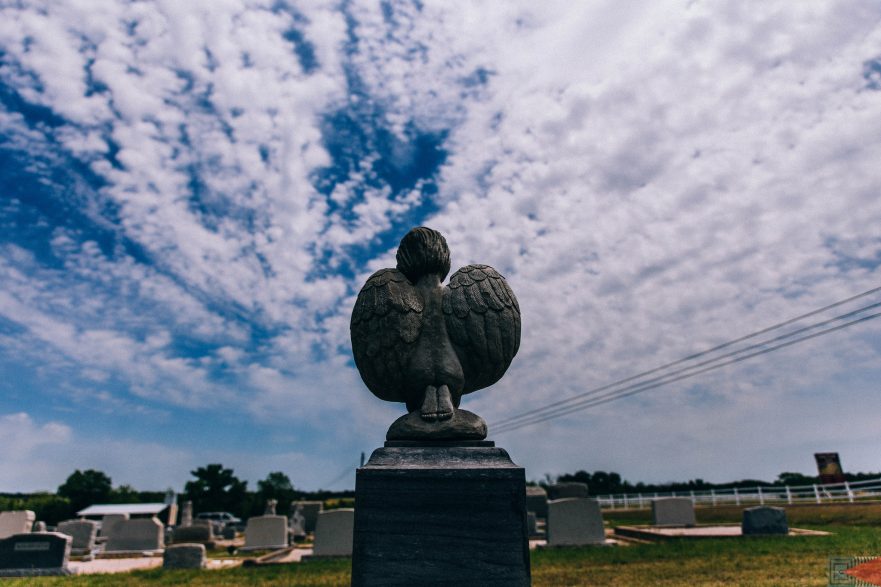 “Kerouac would have hated the computer.”

“It would be too tempting to change things.”

They always got into that.

The story was good. It was about a fight in a bar which our writer had the pleasure of witnessing, having been then employed as a musician in that bar. The owner, named Nicky Holiday, was fighting a funeral director named Larry Corroza. They were tumbling all over the tables and then five of Nicky’s bodyguards jumped in, too. And you heard all this noise and racket, and these bodies jumping around, you saw.

They were both drunk and the thing just started, but the problem was the next week. Larry was in an expensive, shiny coffin at his own funeral parlor, Caravello and Sons, Flatlands Avenue, Brooklyn.

Jerry was trying to explore what happened in the story. Larry’s karma, you know, cause and effect, did A lead to B? But the booze and the noise and the music came back to Jerry and that was fun.

And then Jerry had to go out the door.

But their different experiences were all similar. They were all great.

So Jerry went out the door. “Larry Corroza, was that a revenge thing?” Jerry kept trying to solve this mystery he couldn’t solve, but that kept him busy with a head trip during one bus and two train rides. B-82 to L to E. The train riders were not very interesting that day. Sometimes they are, but this time they were not. No blind beggars, no battery sellers, guys with legs missing, arms missing, one guy with a huge torso and hands the size of transistor radios, totally legless, body propped up on a moving board with small wheels. The gang wasn’t there.

Jerry’d left a bit early. The bus was unspeakably boring. A stop at every corner, in crazy traffic.

Jerry did arrive in Queens, where the therapy is and decided to continue the Larry story in Starbucks, an annex to Barnes and Noble on Austin Street, this time with a pencil and tablet and a grande latte.

Jerry decided that Larry was killed. Nicky, he knew, from booking with him, was a vain guy. Larry scratched his face. Plus Larry owed Nicky from a huge gambling debt. Plus Nicky could blow up very easily. He’d smile at the band, next minute scream at the band. Request a slow song. In the middle of the song, he’d return to the stage, scream, “What is this shit? Play a fast song! Liven the joint up! Don’t you know the meaning of play? Play means to have fun, assholes!’

So, Jerry put all these facts together, decided Larry was hit. Plus a few more details about other people knowing other people who were at the same time related to the people in the bar that night in meaning and motive, blah, blah.

Jerry was satisfied with how this piece was developing and then decided to leave Starbucks to arrive at the therapy appointment. 5 p.m. is the starting time. He liked to arrive at 4 and read for an hour in the waiting room. He liked to read Freud.

Given Jerry’s preoccupation with mysteries lately, Freud was a good guy to read. He unraveled his cases like Sherlock Holmes. All these boys were afraid of their fathers and all these girls were molested by an uncle with an owly face and a monocle and he showed, Freud did, how these traumas of early life with the older generations altered these perceptions of reality. Freud went through the cases point-by point, showing how these fears developed.

Jerry thought about Nicky and Larry some more in the waiting room chair. It was a soft chair, a Howard Johnson style hotel lobby chair, hard wood for the arms, comfortable soft seat and back-rest. Not for ritzy people. Not a problem. Larry was done-in, though.

Jerry was witness to a future murder. Nicky’s wife, Caroline, liked to play around. Larry was in that bar too often. Then Nicky gets scratched and he is very vain and there’s the gambling debt everybody knows about. And Nicky’s a real hothead and he’s a lunatic and he’s connected and an earner and a shooter, and so…

Death, some of us have a hand in it. A few of us, though, have both. ~ tyler malone