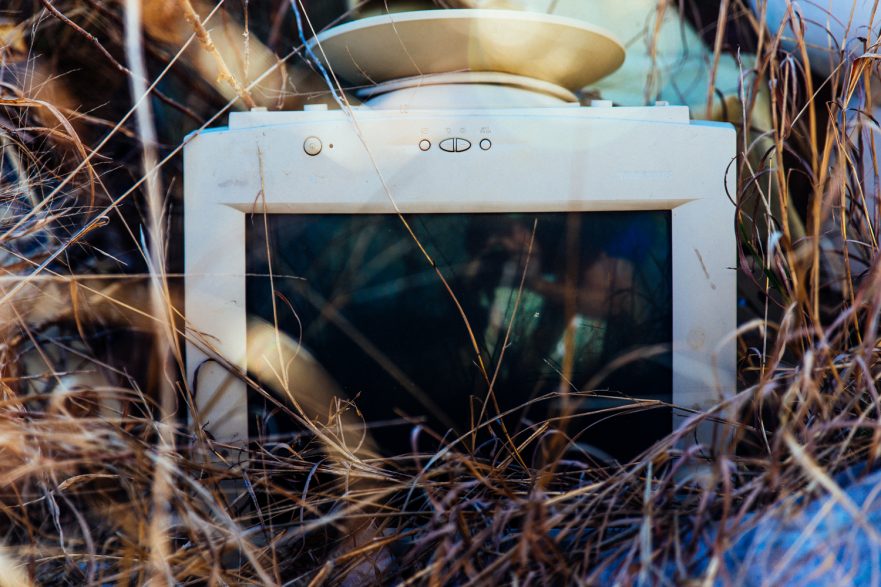 photo "All Human Knowledge" by Tyler Malone aka The Second Shooter

Chaz sat down to dinner at the table with Jase Hantman and the friends they had in common. And Chaz Braylock had no friends at the table, and that’s what made this unusual. The table, in the dining hall at Cape Rush College, and the dining hall was a panopticon. This isn’t the product of some trenchant imagination: it’s true, you can look this up. So it was a panopticon lorded over by invisible phantoms, things were thought to have lived up there at various times but it was usually an empty space where something might have been once intended built. A mere hundred yards away were the clean living dorms, behind which, the woods where the wolf people met and did whatever it was they did. The wolf people deserve but require no extensive expatiation-upon here. Cape Rush students often came to the dining hall to eat but usually suffered explosive diarrhea after thirty minutes.

As I said, Chaz arrived with his tray while Jase told his story about this girl who was a cunt, and it could not be denied, and Chaz agreed in silence: for thus it couldn’t. It was like a neanderthal but no that was the weakest reflex of the hard pinched nerve. Not that word that means what it means, but a true neanderthal. “Where do you live? I never see you at any parties,” Jase said.

Chaz answered, “I go to parties, I just don’t live out of the quad.”

The bigger, strong neanderthal males, neanderthal a base animal, males violent inseminating the human females while the small weaker human males watched—humans, sacred, full of light, high, high, the male of the light watching the rape at gunpoint in the alleyway, the neanderthal, and the pummeled bruised female, full of humor and stories and small shames. “I would live in the dorms,” Jase said, “only if I had no interest in ever having sex.” (Though, to be fair it wasn’t Jase who said this but Rayford Jonke. It’s all the same.)

This was Art History at eight a.m. He remarked that was Joni Hallerman in the lapse before the professor, Allan Kaupp, arrived. A week from that day, the three-hour seminar would be held a second time, and that lapse would be characterized by group prayer for the death of the professor, as this was never not the case at Cape Rush College, where professors were beloved. Remarked that she was beautiful, but then thought of a man much like he in an ill-fitting suit at a wedding making a toast to an orchestra of eye rolls and everyday being the first father to pick up his daughter from pre-school and feeling superior to the other parents so that it wasn’t beautiful, it was beautifully obtainable. Except that she was wearing a certain kind of dress, one that showed her body, a suppleness of curved form, a delicious tiny paunch. And he thought of her skin, as he saw it, how it wasn’t olive-toned, but it was soft light and engendering warmth.

And why was he buying so many shirts? Was Joni, who wore certain kinds of dresses, concerned with certain kinds of shirts? No, wasn’t that, but something else about the shirts because he couldn’t wear dresses that showed her, showed him, that his body was shaped a certain way, he could, must, wear shirts that were rather large even for his frame, and long; that hid, actively did not show, that his body was shaped a certain way, or existed. He must abstract himself. He must be more abstract, shed his base form to attain her own. Not a neanderthal obtaining, but human: for the soul of her that was full of female humor, young wisdom, to commune with that with his own, to be the same and be one and destroy the neanderthal and be together eternal.

Other stories about Jase Hantman.

There were other stories about Jase Hantman, that he was involved in various breeds of group sex of a hostile nature, involving such individuals which surely Chaz could have been, but wasn’t, never would be, and this was the defining feature of Jase Hantman, he thought, very much the look of that individual.

Staring, not being noticed, not knowing, convincing oneself that one is or is not, but so what if he is.

The conversation with Allan Croom, revealing her trenchant insights into Ulysses.

Allan Croom and Joni Hallerman had a Joyce class together, the former might have been impressed with her insights into the famously thorny “Circe” episode, impressed generally speaking, or a misogynist impressed by how trenchant and insightful for a beautiful woman—they sat at a round table in the library, accompanied by Lex Feighan who had nothing to do with it. “Would you call her beautiful?”

“I suppose so. I don’t know. What do you consider beautiful?”

“A lot of things are obtainable, not a lot are beautifully obtainable.”

Lex began stacking small pieces of clay as Chaz said, “I wouldn’t want to embarrass myself at a wedding reception, but I would say she’s very delicious.”

“I know what you mean. She’s got a boyfriend.”

“The laying of claims.”

The premature ejaculation comment during Joni Hallerman’s presentation on historical representations of the ritual consumption of chocolate in the visual arts.

She ran the slide, they were shown a crude Mayan tableau: “For the Mayans chocolate was a thick, bitter and unsweetened concoction, drunk before the marital bed as a means of hastening the male orgasm. Getting the awful ordeal over with as quickly as possible.”

They laughed and Chaz said, “Well, we all know caffeine causes premature ejaculation.”

A day is a stream of small moments that should be huge, that should be carried until death. But they’re forgotten because remembering is madness. ~ tyler malone