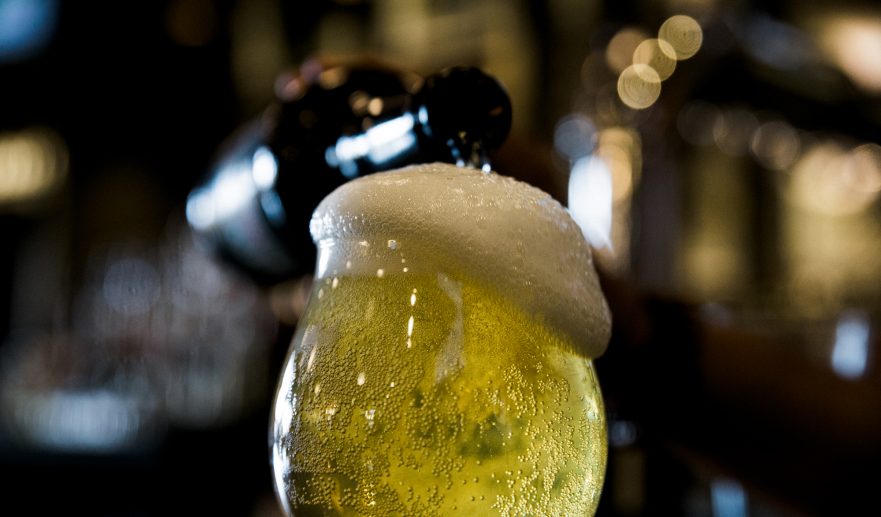 Springtime we used to drink mostly in our favorite joint 50/50, anywhere closer was dangerous cuz cops might appear at any time. Our guys drank Three Axes, cheap rotgut, and talked, especially sport and politics. Sometimes they went out to take a leak and some of them never came back.

On that very evening I got loaded. As usual. All my buddies disappeared. Only that drunk fat girl Tanya all in tears and snot shouted at the bald guy next to her and called him a fag. He called her a cow. It was dusk outside, nightingales were singing, it smelled of lilac.

I got bored, went home, laid down near the telly, and fell asleep to gunshots and screams.

The next morning I woke up and realized that I had no money at all. What to do? Nothing but put on my pants and shirt and go to the 50/50, which is almost empty early in the morning. No luck yet until a guy with a very worried face entered the joint and walked directly to where I sit. He said: “I’m in trouble, man. So let’s have a drink. I have a lot of dough.”

Well, I don’t mind of course. A stroke of luck. It happens sometimes if you drink long enough.

He treated me. Oh, man. We drank so much of that proletarian popular stuff, that Three Axes. I barely made it home, where I dropped in front of the TV. There was bloody war again on the screen. People got shot, killed, hanged, and tortured. I passed out.

Towards evening I woke up, went back to 50/50 and immediately struck conversation with a black haired girl who argued about something with her skinny friend. They almost got into a fight. But I took her away from sin to outside where it was perfect. Nightingales sang, lilacs smelled fantastic, and even a cuckoo began to coo. Olga was the black haired girl’s name, and thank God Olga had some money. We picked up a bottle of vodka for the sun. We began to drink in my courtyard before we went up to my apartment. We drank and talked as I found out Olga was sure that I served time in prison. She said that she respected me because of this. I didn’t object. What the fuck? Let her think what she likes. It’s not important, we would hardly meet each other again. To be sure. If she likes criminals, it’s okay by me. At one point Olga even wanted to suck me off but was too drunk and passed out right in the armchair where she sat.

In the morning I suffered from a terrible hangover and went to the 50/50. The man from days before sat on the bench and was drinking Three Axes. “It is necessary to quit smoking. My blood vessels are no good, man. Sometimes I pass out and don’t remember anything. Maybe I even killed somebody for Christ’s sake.” He laughed as if murder weren’t so easy.

The weather was nice. Lilacs still smelled but the nightingales shut up. What a pity.

I saw Valera, my neighbor, on the porch. He lost his favorite dog last month and he was drinking every day. He also divorced his wife recently. Like all men in 50/50, Valera believed neither in God nor in love. In fact he didn’t believe anybody.

I bummed a cigarette from Valera and noticed a very drunk boy of maybe sixteen years old. He could hardly stand but cried out loud while holding an old book: “Charles Bukowski! Charles Bukowski!”

Finally the kid fell into the bushes and kept quite.

Alcoholism is a disease, not a personality trait. Those are the words of the healthy, the thoughts of the wise, and the judgment of the clean who don’t wake and want to find something to drink, who can tell the difference between poison and pleasure. ~ tyler malone