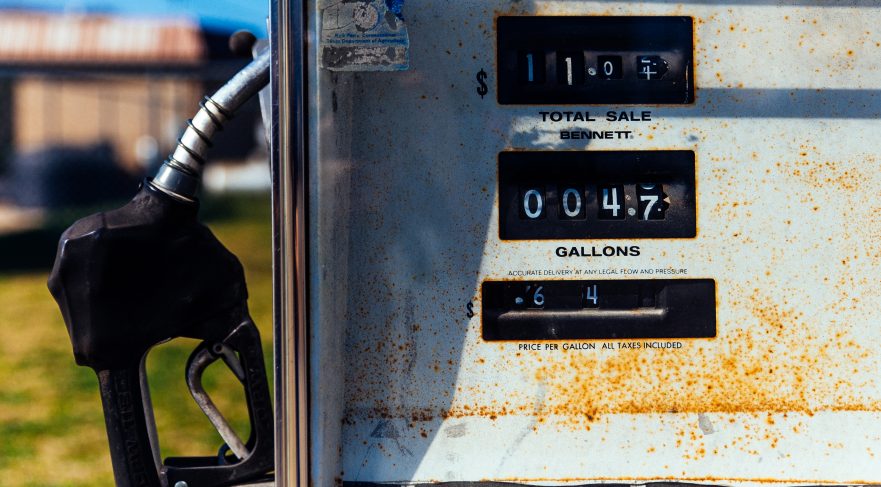 photo "Emptied" (above) by Tyler Malone aka The Second Shooter

What I heard in my head was William De Vaughn’s “Be Thankful for What You’ve Got.” There wasn’t a diamond in the back. What was actually playing was a loop of the same five rap songs that apparently our driver picked to put him in El Capo/Pimpin’ mode.

I could make some under the table paper, let the driver. You have lower back pain, show them your card, they’ll pay for it. Get the ‘script and give it to the runner, $50.00 in your hand. I was broke. With my lack of budgeting skills—I need groceries, mad money. It was for good reasons, I can rationalize all kinds of silly shit when the wolf is having cubs at the door.

Anyway, back to the cut. It is about 3:30 a.m. The clinic doesn’t open until 6:00 a.m. I have to pee… BAD. With the exception of two people, everyone is strange and strangers to me. We are people on the margins, some on the cliff end. We all have our needs.

I am an alcohol/addict in recovery. I heard my momma’s voice. Do you want to be right or righteous? At that moment, I wanted to be right. I couldn’t hold my bladder or my tongue any longer. I tried to be hood, minimum words, and appropriate head bobbing to the fifth listening to the same five mic spits. Where do you guys piss? I was taken to the edge of a culvert on the main road near some bushes. I’m nothing but game. I squatted, pissed mostly on my leg trying to move drawers and Capris out the way of the spray. I’m sure the cars traveling in the shadows could see me. I farted, the lookout laughed.

I covered my hanky (bad and bougie, right?) in hand sanitizer mixed with my perfume, wiped hands, legs and sprayed myself liberally. I was already a problem from the smirk on the driver’s face. I may not be invited back to the cool kids table. It was at this point that Juvie was ok with that. I was told as a new patient, I would have to wait for the following weekday. This being Memorial Day weekend, there was no sense of urgency but mine.

The clinic nurse was restless and amped up as he escorted person after person inside the clinic. Sign intake sheet and sit, they were admonished. No smoking in front. Don’t look obvious, don’t feen on the carpet. No using in the bathroom. My driver told me to wait in the car. In between dosing (I woke up at 2 a.m. for this excursion). I was allowed to use the clinic restroom to freshen up and relieve my restless bladder again. I was taken to another clinic to again be told they were not signing up new patients until the following week. I asked my new driver (who thankfully picked a different rap oeuvre to play, with an actual playlist) who to give the initial clinic payment to. He told me to give it to him and he would get it to the Capo. Cool with me, the money was as hot as my need to be as far away from this as possible.

As the endless pimpin’ droned on, my mind was on a loop of its own. This is not right or righteous. I did not recover to be a willing drug mule. That won’t look good when I get my chip. 23 years of hard thank-you-very-much work. I call my sponsor. After the laughter dies away I was told to read the daily reflection. Just like the Magic 8 Ball it said TURNING NEGATIVE TO POSITIVE. Ok, I’m absolutely positive that I will not do this negative shit again. This Pimpin’ Delinquent out. Mic drop.

Life at the bottom, on the edge, making love with past mistakes and never getting tired. The madness of life lived. ~ tyler malone