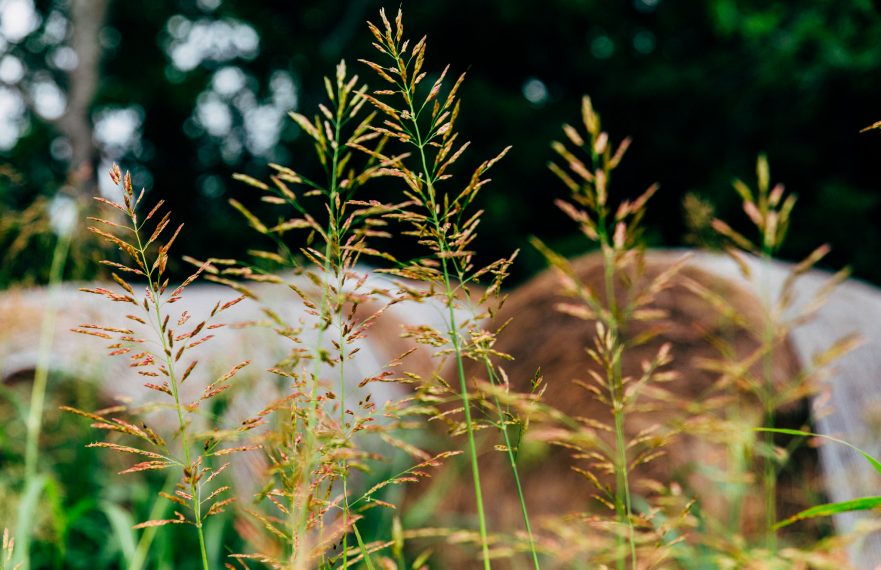 photo "It Grows, We Grow. It Dies, We Die" (above) by Tyler Malone aka The Second Shooter

Two new crutches and two double shots of Bushmills Irish Whiskey enabled Joe Faherty to move from the back seat of Moira Murphy’s 1976 Buick into Eagan’s Funeral Home for Tim McGillicuddy’s wake. At 87, Joe was in bad shape, only a tad better than McGillicuddy who looked splendid in a rococo casket.

The way the funeral home had painted McGillicuddy’s face, he looked better than most of the folks who had come to say good bye. Many of them were in their eighties. Even Moira, who still had her driver’s license, was creaky at 75.

McGillicuddy was 90 when he fell off his horse out in the country. Until that moment he hadn’t been sick a day in his life. Never drank and never smoked. Women were his passion. He was calling on a couple until the day he died.

Few folks knew that McGillicuddy had been expelled from Ireland by the British in 1920. He was 18. He had been captured at 16 bringing guns to older IRA rebels who were fighting the British. A few rebels with rifles caused the British occupiers a lot of problems.

For two years they kept McGillicudy in prison. They finally agreed to let him go to America. Why not, McGillicuddy thought. Life in America had to be better than prison.

In the funeral home, however, much to the disgust of Joe Faherty, the priest had come to the wake early. This meant Joe didn’t have time to grab his crutches and get to the bar next door before the priest started the rosary. The custom at Irish wakes was that the priest would arrive at 6:30 p.m. and all the men would have made it to the bar by then. The women would say the rosary with the priest.

But this was a new priest and there he was in front of the casket saying 15 decades of the rosary. Not the traditional five, as was the case at Polish wakes.

Joe figured it would take the priest an hour to finish. Then he’d ask Moira to take him home. He was too tired to go to the bar. Besides, he had had more than the two double shots of Bushmills he had mentioned to Moira.

Moira drove Joe home. She waited until he was inside the house. She wanted to make certain his new crutches wouldn’t result in a fall. Joe waved good-bye to Moira and shut the door but didn’t lock it. He had to let the dog out.

Although he hated to turn on a light—he lived on Social Security—he turned on just one because it was as dark inside as it was outside. He planned to buy some candles.

As soon as Joe turned on the light, he saw McGillicuddy in his favorite recliner wearing the same fancy suit he had on in the casket.

“What the hell are you doing here,” Faherty asked. “Why didn’t you stay where you were? We got through the rosary so why do this. They’ll come here first, considering all the years we’ve been friends.”

“Well,” said Faherty, “if you aren’t in the mood to talk, I’ll have another Bushmills till you decide to say something. You don’t look dead. In fact, you never looked better.”

“It’s too bad you don’t drink. You could join me in some Bushmills. It’s as good today as it was back in Ireland.”

Down deep Faherty didn’t know what to do with dead McGillicuddy in his favorite recliner. How long, he wondered, would McGillicuddy stay. He wanted to be friendly but there was a limit to his hospitality.

“Let’s watch the news on television,” Faherty said, turning on the set. “Maybe they’ll explain how I’ve come to enjoy your company.

“You didn’t drive, did you? If you need a lift I’m sure Moira will come pick you up. After all, you two almost got married. I think she’s still fond of you.

Still, not a word out of McGillicuddy.

“I’m going in the kitchen and call Moira,” Joe said. “I’ll be right back. We can talk about which way you’re going, up or down, if you know what I mean.

“The bets were about even on you. I told everyone you’d be in heaven before they embalmed you. Except for the women, you probably didn’t commit another mortal sin in your life. Of course, you were dead when the priest gave you the Last Rites. Don’t know if they work on a dead person. Let’s hope they do.”

Faherty hoisted himself out of the guest chair, got on his crutches and headed for the kitchen to call Moira. He stumbled a bit on the rug because he wasn’t used to the crutches or all that Bushmills.

“Hello, Moira,” Faherty said when she answered the phone. “Could you drop back here for a minute? I’ve got an unexpected guest who needs a lift. I think you’ll be happy to see him. I have to go to bed. We’ve got McGillicuddy’s funeral Mass tomorrow. Wouldn’t want to miss that.”

Moira said she’d be right over. Faherty, heading back to the parlor, tripped over his dachshund. The dog had slept through all the commotion with McGillicuddy. Joe landed with a thud on his forehead. He never moved.

The next day Moira blamed Joe’s death on his crutches and indeed that was part of the problem. No mention was made of the Bushmills. Moira, who had found the body, found the half empty bottle and took it home.

As Joe’s driver for three years Moira thought she deserved the liquor. But she wondered who the guest was that Joe had called about. When she got to his house, there was only the dachshund snoring next to the body.

Sometimes, all that’s left of us can easily fit in a bottle. And that’s the way we wanted it. – tyler malone