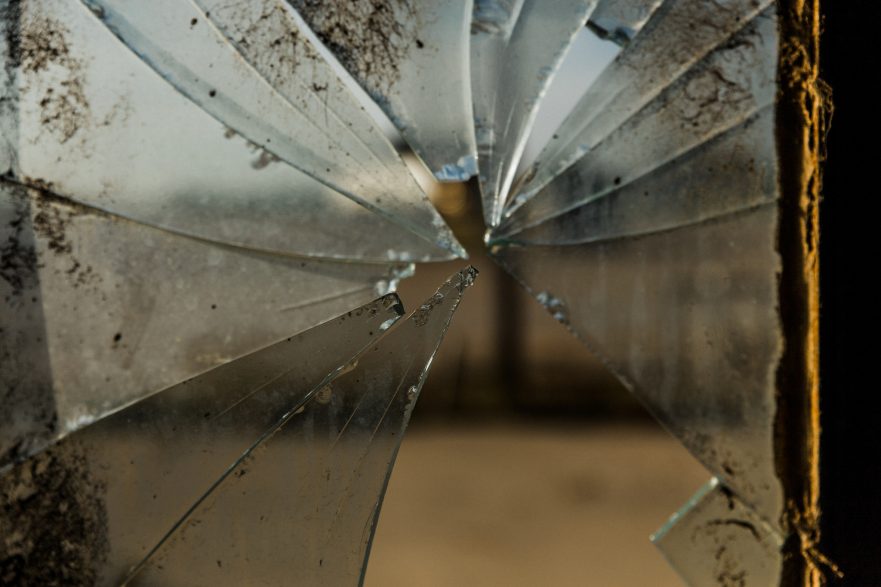 photo "Cracking" (above) by Tyler Malone aka The Second Shooter

Above the decorative bells, mounted within the steeple of the Lutheran church, a pair of loud speakers blare a recording of bells. The ringing falls from its rafters like shattered glass on pavement. Parishioners mill around, wearing polite smiles that match their Sunday best. Mouths move, heads nod, but no one can hear the other. As long as nothing is truly said or heard, everyone is in agreement, everyone is happy.

The less you know, the better had been Leonard’s family maxim growing up. No one in his family spoke about anything. Family dinners were endured. As long as no one commented on how torturous the dinners were, the surface remained calm, placid, disguising the fact that everyone was slowly drowning.

This attitude followed Leonard into other relationships with friends, coworkers, girlfriends. Eventually his wife, his children. Soon, grandchildren.

If he died, today, nobody would know who he really was, what he really thought. As long as he stayed quiet, he was nothing and everything everyone needed him to be.

Leonard is a man heading into the bend of sixty-plus years of age, walking his little Yorkie across the street from the Lutheran Church on a Sunday, parishioners mill about, shattered melodies crash on pavement, slicing them to shreds, everything unsaid, everything unheard, pleasantly bleeding to death with smiles on their faces, and Leonard suddenly and painfully is aware that he is looking into a mirror.

His little Yorkie, Peanut, pulls at his leash, attempting to continue his routine walk through downtown Holt, before sitting down on the sidewalk with a huff, looking back at why his owner has stopped.

Somewhere in the world trains haul histories up and over mountains.

To reappear on pale blue freight lines as confessions in long lost diaries.

Leonard catches the eye of a male parishioner.

Somewhere in the world broken men grow wild under a wilder sun.

The parishioner looks around, wondering if Leonard is trying to talk to him.

The parishioner points to himself, with a questioning expression.

No one gets close enough to see their fractures.

“Sure! You’re as good as any!” yells Leonard, unheard, signaling a thumbs-up.

No one knows who they are, where they come from.

The parishioner gives a friendly wave in return and starts to walk across the street.

No one gets close enough to hear their voices.

Peanut gets up off the sidewalk, anxiously walking in circles.

But once someone does get close, when the bells stop ringing in the dying, the innocent listen in close to these broken men’s broken mouths.

The parishioner puts out a hand to shake.

And the only sounds they hear is the distant wail of a train, trapped somewhere deep inside, behind a heart-shaped lock, and the muted thunder behind eyelids from when they hit the ground.

Some holy days, language is inefficient when compared to a god’s fist. ~ tyler malone