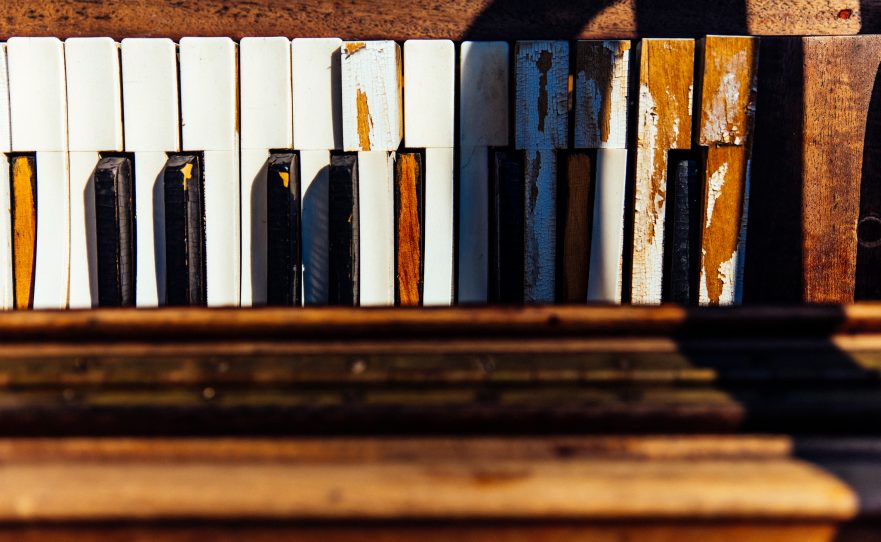 photo "Sound Decay" (above) by Tyler Malone aka The Second Shooter

“There’s a French word for the expressions Manet paints on his models. Gayua’s anomie. There is no more moral constraint. And why not? The liberte, equalite and fraternite of 1793 has dissolved all social conventions into pulp. They’re now called pretentions. Modernists are all around us. Manet understood the exhaustion of life that has made us nothing more than stunned observers,” Leticia Dumond, remarked to the other guests. She’d accidentally met Manet in 1881, when he’d returned to Paris in failing health and began work on his last Salon painting, A Bar at the Follies Bergere. Ernest Chesneau, the art critic, had become unwell with gout while visiting the Dumonds, his long-time friends.

“Manet has inquired about my health, the beggar,” Chesneau said dismissively. “Leticia, please deliver my reply tout suite.” On the back of his calling card, he wrote: It’s my impression I’ll survive.

Fourteen-year-old Leticia had handed the card to Manet’s maid, and she accepted it just as Manet descended the stairs. “Who is this lovely young messenger?” he asked. She’d stuttered her name, curtsied, and bolted. Twelve years later she recalled the meeting with pride, being the only guest of Mme. LaFranc’s who’d met the painter of the controversial Olympia—the painting that was still a topic of conversation to the bourgeois ladies of Calais.

How Leticia loved to retell the story whenever Manet’s name was spoken! This being Tuesday, and Tuesday being Jeane LaFranc’s luncheon day, her half dozen well-dressed friends were once again delivering their commentaries on propriety and performances of French artists they admired. They were also well versed in the personal problems of Jeane’s Friday better-dressed supper friends.

This Tuesday was special. Two of Jeane’s foreign friends were on holiday and in attendance. Lucy and Cecilia Kingsford, both of whom were fascinated by the Impressionists, the Realists, and the seriousness with which the ladies discussed art movements. “There’s an American term for the al fresco luncheoners’ expressions too,” Lucy said, referring to another of Manet’s controversial works. “Poker-faced. A concerted effort to hide what’s going on inside one’s self from those who would discern your hand to win the game.” Lucy’s voice always reminded Jeane of a flat harp string.

“Our countries’ love of art and democratic republics differ in many ways, yet we share them equally. Is it not so?” Leticia pronounced as though it was so.

Jeane did not to agree. As her guests continued to chatter about the latest fashions, and how German women were too thick to wear them with style, she merely listened and nodded her head now and then. It was as if she were disappearing into democracy itself, being equal to her guests diminishing her as hostess. She was there to see to it that her guests were waited upon, not to wait upon them herself. She’d arranged Tuesdays as a homage to what remained of French aristocratic impulses, high culture, and esoteric appreciation of art for art’s sake.

The American sisters had been amusing, but when they’d gone, she pondered their words. Was it possible they understood Manet better than his countrymen? He’d experienced so much rejection by the art world, but for good reason. His pictures were interesting but disturbing, the critics said, not unlike the divided opinions of Darwin’s Origin of the Species she’d finished reading yesterday afternoon. Nowhere had she heard Manet’s painting described as beautiful. Ordinary people doing the ordinary tasks and occupations of life could never be described as beautiful. Olympia and Nana were pictures of prostitutes. It was hardly a coincidence that Manet died of the pox.

The more she tried to consign the Americans’ remarks to idle tea-time chit-chat, however, the more they began to appear profound. Manet was a Realist. Not in his style of painting but in his realization that people had become spectators rather than actors in life—his Luncheon On the Grass depicted that so painfully. She returned to her mirror, scrutinizing her reflection for a hint of facial paralysis.

“You’re distracted, my dear wife,” Valore La Franc said as he gave her cheek a playful peck. “It’s not the homecoming I expected. You’re usually gay after an afternoon clucking with your hens.”

Jeane managed a small smile. Valore had taken to calling her friends hens since he overheard their conversation one Tuesday when he was home with a cold. “Today I feel as though my chicken coop was invaded by eagles. It was the presence of the Americans, I think.”

“Yes, very amusing. And astute in their own way.” She pulled a light wool shawl around her shoulders.

“Yes, I know, but I need something to hold me together. I feel as though I—no, the whole world—has lost something precious and I didn’t realize it until this afternoon. I’ve no idea of what it is, but I’m afraid I wear a poker-face because I can’t find it.” She looked at Valore, but he had spoken to her without looking at her. Without listening. Sitting so still. Reading his newspaper although they were in their bedroom, her dinner clothes laid out neatly by her upstairs maid. It being summer, they were to dine outside in their garden. She wondered: Did the men in Manet’s painting not notice their luncheon companion on the grass was naked? Would Valore notice if she dined naked? Would he ravish her among the radishes and roses? Or had her husband become so evolved, so civilized, he’d become an Englishman?