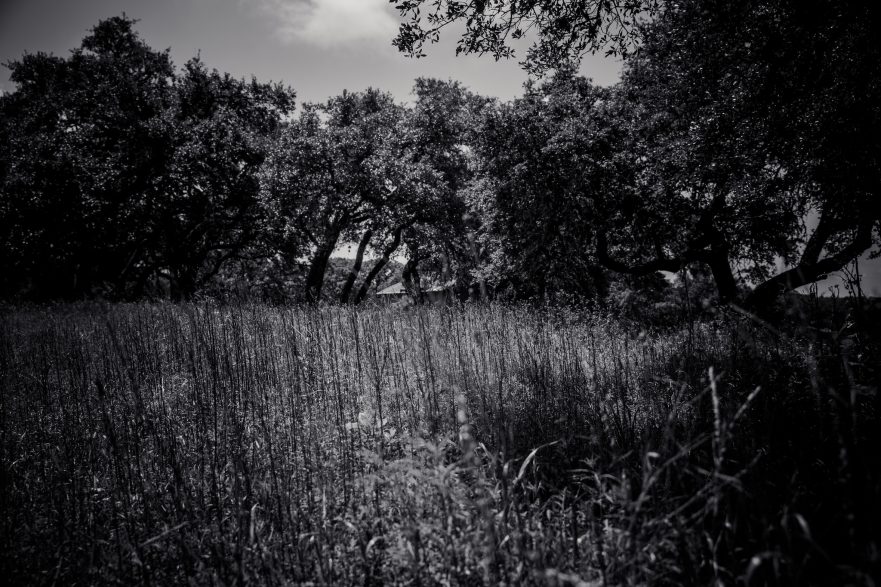 photo "What Waits? What Don't You Want?" (above) by Tyler Malone aka The Second Shooter

You are sitting at home one Wednesday afternoon when you get a call. 9-1-1, you are having an emergency, the voice on the other end says. You decide to remain calm. You ask her to be a little more specific. That’s not my department, she explains, I can transfer you, but there’s a three-to-five minute hold-time, and by then….I understand, you say, even though you do not. Then what? Then what? Isn’t that the predicament you’re in right now?

Maybe we can figure it out together, says the voice on the other end, who sounds a little too desperate to be professional, as if she were new at her job. Okay, you figure, that’s the only thing to do, so you nod, even though you know she can’t see you.

How’s your health, she asks. It’s fine, you say, hoping it’s true. You haven’t been to a doctor in a year or so, but you’re young and try to eat right. You haven’t been to the dentist in about a decade, but there’s no such thing as a dental emergency, right? Your teeth aren’t going to explode right now, like they were almonds being crushed by even bigger teeth. They’re a little stained, but, hey, who doesn’t drink too much coffee nowadays? You had a dream, once, on a business trip to Ohio, that you woke up and your teeth were all small, no bigger than the whites of fingernails and translucent in a fingernail sort of way, with huge gaps between them, but that was just a dream. You checked in the bathroom mirror as soon as you woke up for real.

How about your house? Your surroundings? suggests the voice on the other end, who sounds like she’s losing interest. You wonder how she knew you were at home, but then, oh yeah, she called the land line. You get up off the comfortable but worn couch and wander around. Nothing appears to be on fire in the kitchen, bedroom, or bathroom. Carbon monoxide leaks make you sleepy and paranoid and you are neither. There’s no one else at the home, the security cameras would have picked up on that.

What about my family? My friends? you posit. What if something happened to them? Ah yes, said the voice on the other end, as if relieved there’s something she remembered out of the employee handbook. But that wouldn’t be happening to you, and this is your emergency.

Well, okay, but what else is there? I’m in decent health, my therapist says my head is fine, I’m safe in my home, and I don’t know what else there could be? Can you give a hint? Like, anything? Who told you to call, anyways? You want her to know that you’re trying very hard to be polite.

Oh, we here at 9-1-1 are very intuitive, you know. We just had a feeling. Surveillance said the usual about you. You’re hitting snooze a few times more than usual, you’re eating out more. You don’t respond to emails. The usual.

Okay, well, what else is there to do? I guess, goodbye, thank you for the call, I guess, have a nice day. Goodbye.

You hang up. Your heart starts pounding. You have a smoke on the front porch even though you quit smoking years ago. You sit on the rocking chair out front and look at the cars filled with families coming and going into your neighbors’ driveways. You run out of cigarettes. You wait.

It follows, you wait. The end is always in motion but we don’t feel it because we hope the world and all its wonders spin around us. ~ tyler malone

A bit about Nadia: Nadia Wolnisty is a poet performing in the DFW area. Her work has appeared in zines from White Rock Zine Machine and La Alarma. Her poetry has also appeared in "Art Uprising," an anti-trump anthology. Her chapbook "Manual" is forthcoming from Cringe Worthy Poets press.