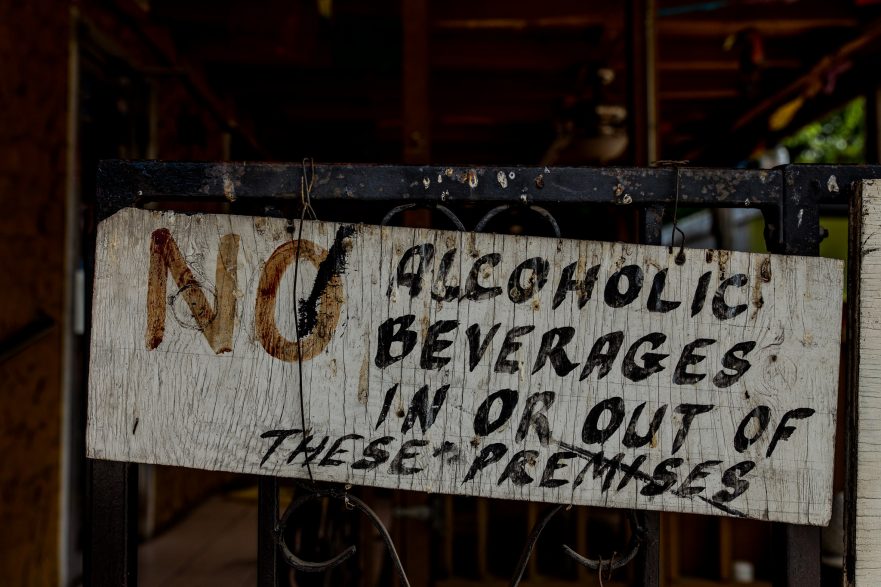 photo "Sorry, No Cruisin' for a Boozin'" (above) by Tyler Malone aka The Second Shooter

I remember one outstanding summer day. Not very hot, with occasional warm rain, but also with a lot of sunshine when you can sit with your buddies in the yard, in the shade, and drink vodka.

Perfect.   The day before I had drunk with my wife all night long and in the morning, she, as usual, went to look for a job. She did it every day. No luck yet.   When she went, I immediately go out. There on our stone under Shiryai’s window sat a couple of our guys and that fat man from the other neighborhood, who sometimes came there to drink with us. I didn’t like him. Forgot his name. It wasn’t important. But fuck him, the motherfucker.   By the way, he had a hideous nickname and looks like shit. Shiryai respects him and that was his personal business. That’s why I drank in this company only one glass of vodka and left. I had nothing against Shiryai and other pals, but this dumb fat fucker irritated me and I still don’t know why. He was as stupid as the stone on which he sat and drank. Shiryai respected him and he told me once that this guy was a tough gangster, but I didn’t care a fuck. I just didn’t like him, that’s all.

Now I remembered his name. Hera. What kind of a name is it? Fucking shit. Maybe right now he is still alive, though unlikely, because them gangsters were shot and killed pretty regularly during the past years.   Well, I left Shirjai, Hera and some other punks to talk about their fucking problems and went to our bench. There sat Kandrat, Barankin and Karl, drinking counterfeit stuff as usual. The summer weather was fine, calm and warm. The air was fresh after a short shower. Someone brought an old mattress from the garbage so that guys who are very drunk could sleep for a while.   Well, Kondrat he respected me and he immediately poured me a glass of vodka. I drank, ate an apple and smoked a cigarette. I was feeling fine. Thoughts in my head were all about good things. I knew for sure that my buddies will always help me and never let me down.   I even dozed off for a while, then woke up with a start, looked up and saw my fucking wife, who was coming my direction together with five other women in red uniform jackets and with large brooms in hands. I was kind of scared—the bitch can kill me at once with this heavy thing. Wow, I thought, could she so quickly find a job? Respect. Only her face was red and she looked very angry. She does not like it when I drink with the guys in the yard. And she was a strong cow, that wife of mine. Pretty nutty, too.   I got up, shook my head, and told myself not to be afraid, and then I saw that it was not my wife at all, but some woman I didn’t know.

What a relief, comrades.   How great I felt at that moment and there was a premonition that we would have another drink with the guys. Point was, though, our vodka was finished by that time and no one had any money, fuck it. Barankin offered to go to the bus stop and steal some bottles from the old women, who sold booze there. Frankly speaking we were chicken shits about it and no one had the courage to steal.   Then we saw Mike the Telephone coming our direction as drunk as we were so early in the morning. He respected me very much whenever his wife Albina or Alina, I do not remember exactly which, wasn’t home, Mike invited me to his place to listen to music and drink a lot of vodka, his fucking pure leftist alcohol, and get high.

Mike the Telephone spotted me on the bench and shouted: Rotten, do you want to drink? Speak up, bro. Who doesn’t so early in the morning? Mike laughed til the brink of falling down.

We were drinking on our bench in the yard until it started to rain rather heavily and then moved to somebody’s place. I remember that in the night Mike ran twice for vodka. In the morning, I woke up and for the life of me could not understand where I was. I was on a couch, thank God, beside some naked girl—maybe Olga, eh? Boys were lying on the floor in various poses. Telephone, Barankin, Kandrat, Shiryai and… Hera.

What the fuck is this fat freak doing here? I do not understand. I nearly threw up when I saw the asshole. He was snoring with his hands on his pecker. Beside the couch I saw fifty empty bottles. Fifty. Fuck it. It’s a wonder we are still alive.   Somehow I got out. It was broad daylight already. The sun shone brightly in the sky. There was nobody in the yard and my wife was at home.

Old dogs and their old bones are our oldest stories, from night to day, especially when someone in love waits by the window for the reason their heart beats to come home. ~ tyler malone