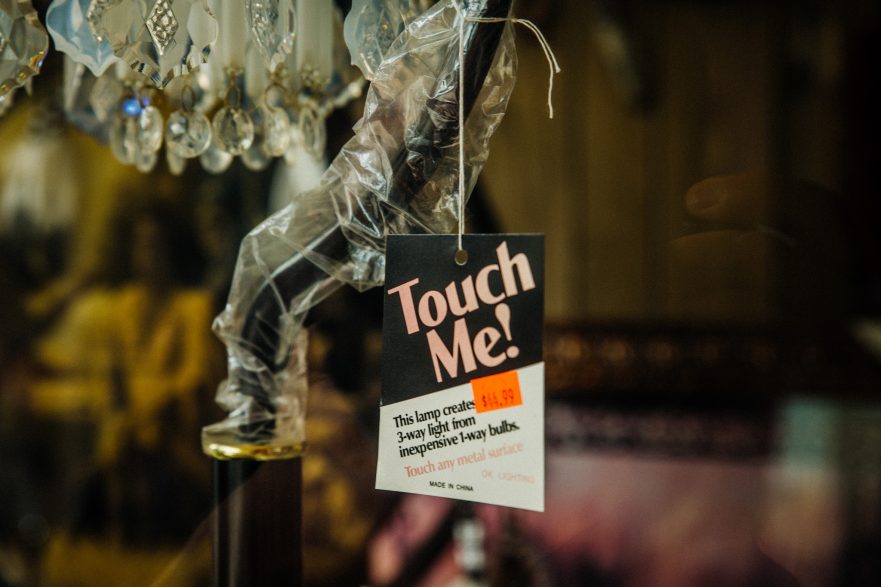 photo "Touch Me! Always" (above) by Tyler Malone aka The Second Shooter

Freddie and Fern were an old couple, a very old couple if truth be told, but on the matter of age, the truth seldom surfaced. Their kids were grown and gone and had families of their own. All of them lived in different cities and two of them had even asked their parents to sell the house and buy a smaller place near where they lived. But Freddie and Fern, despite all their aches and pains, were an independent couple and they liked their privacy. Seeing their grandchildren was nice but living close enough to have to babysit them, that was quite another matter.

Most evenings Fern would sit in her rocker and work crossword puzzles and Freddie would sit back in his recliner and watch whatever sport was in season. They were very different people but in 50 years of marriage they had always gotten along well. Each was solicitous of the other’s needs. Always had been. But as age encroaches, certain needs change and others remain the same, life being what it is.

Fern, for example, had arthritis pretty bad. Her back was always acting up on her. From day to day, it was just a matter of how bad it was.

Freddie had arthritis in both legs but he could still get around pretty good for a man with his ailments, too good sometimes as far as Fern was concerned, especially when Freddie would get that look in his eye. Sure enough, he would ask her if the next time she had to go to the bathroom, she’d bring him back a Coke from the fridge. And, of course, she always did.

But Fern always knew it wasn’t just the Coke Freddie wanted. The old goat wanted to watch her walk down the hallway. He told her many times she had more bounce to the ounce now than when she was young.

Hardly, Fern thought. Still, it was nice to hear him say that. But if Freddie looked as though he was going to be pestering her that night, Fern always wanted to go to KFC for dinner first. And if she asked Freddie to go there, he would always oblige, hoping everything would go well later that evening.

On this particular evening, though, when Fern brought Freddie his Coke, he seized the moment and asked her if she wanted to go to KFC. Fern hesitated because her back was bothering her something terrible. She didn’t think when they got home she would be able to give Freddie the dessert he was looking for. But she did like her KFC chicken, two plump chicken breasts with all the trimmings, so she agreed to go. She could just see the pond of gravy in the well of her mashed potatoes. And butter slathered all over her green beans.

At the restaurant, Fern ordered her two pieces of breast meat, as usual, along with mashed potatoes, gravy and green beans. Plus a side of cole slaw because she had promised the doctor on her last visit that she would eat more fiber.

Freddie, who preferred any cut of beef to chicken, asked for his usual order of gizzards and fries. A chewy gizzard was really the only part of the chicken he could tolerate. With ketchup on his fries, he was a reasonably contented diner.

When they had finished eating, Fern knew that her back was so bad she wouldn’t be able to meet Freddie’s needs when they got home. She told him nicely in a code they shared that her back was killing her and that she was afraid there would be no breast meat for Freddie that evening.

Freddie hesitated for a moment and then asked Fern if she thought she would be able to roll over and sleep on her tummy. Fern said probably so because when her back was this bad, that’s what she usually had to do. Couldn’t sleep any other way.

Freddie smiled, sipped the last of his Coke, and said that was good to know. A little rump roast would make a fine late night snack.

From youth to ragged age, there’s always feast, you just need to know where to find it. We don’t have to starve. – tyler malone