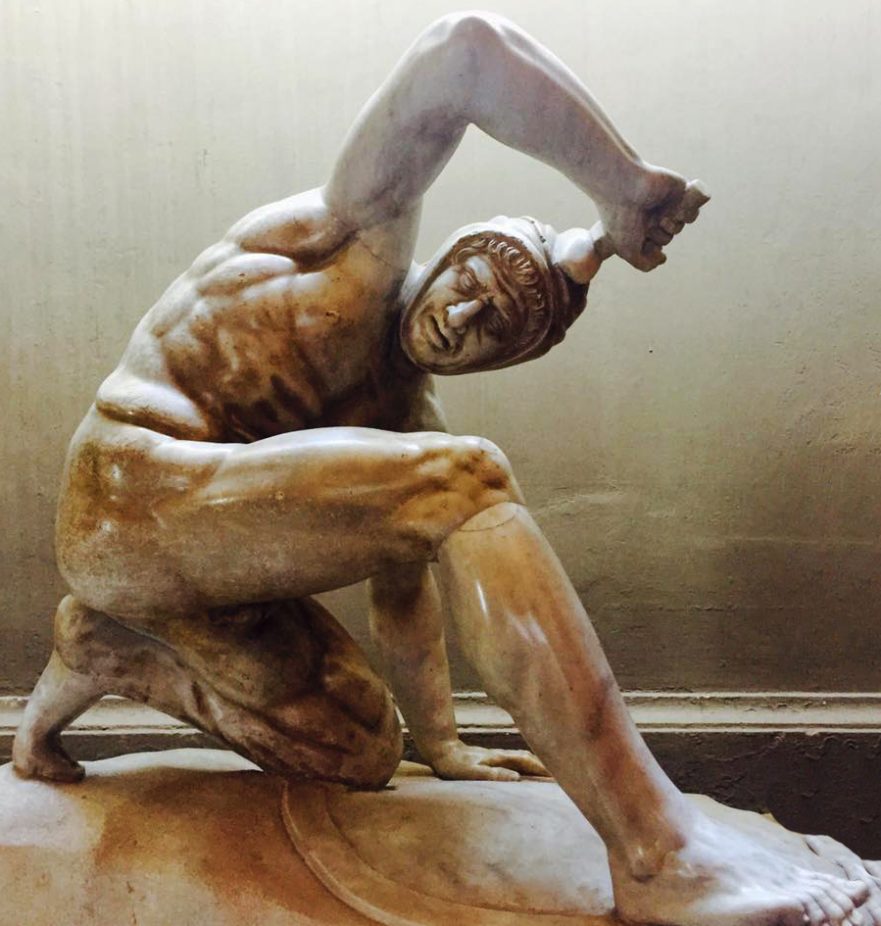 “Detective Earl Horsewhite, as I live and breathe, it is you!” Mona LaPiere, chanteuse extraordinaire, had been lounging in the San Angelo P.D. interrogation room for a half an hour, behaving as though she was pool-side at the Hilton. Earl had been observing her the entire time, memories of love and suffering fighting his professional judgment. She’d been exonerated of fraud last time, but this time the charge might be murder.

“You’re still here. Loyalty is so admirable. Are you still unmarried?”

“The question is, are you?”

She sneezed a petite light-hay-fever sneeze into her lace hankie. “I left my husband in Budapest.”

“You made reservations at the Four Seasons, but no one there ever saw Mr. LaPiere. You arrived by train?”

“After I arrived by plane. Mr. LaPiere, my Kije, is so ephemeral. One moment he is there and then the next? Poof! He’s gone. All husbands should be like that. It would drive down the divorce rate precipitously.”

“Husbands are not lap dogs, Ms. LaPiere. They do not just come when they’re called, do their business, and leave.”

“Perhaps not here in bourgeoisie America, but in the land of the Danube romance is still possible—have you ever been there? Been in love?”

Was she asking a question or pleading? He avoided her mysterious green eyes that could captivate the most resilient of men. To see her lips say the word love too would be unbearable. “Mona, you’re from New York.”

“And Pilaf was from the red light district in Paris. Does it matter where one’s body is born, when one’s heart is in San Francisco or Rome or Budapest?”

She paused, and he could no longer feel the heat from her eyes. He looked up. She was staring at the two-way mirror as though she knew behind it was the Four Seasons’ house detective, Boris Boujold, and Interpol’s Solomon Zoltan. Odd that it took two strong men to escort one delicate songbird to California.

He responded to the buzzer by excusing himself. “What is it, gentleman?”

The two men had each other in a headlock while a frantic policewoman shrugged her shoulders in futility. With Herculean difficulty, he separated the adrenaline-fueled pugilists.

The men were still snarling at each other. “This son-of-a-bitch claims Ms. LaPiere was looking at him through the window.” Zoltan said.

“She was. She knows I’m here,” Boris insisted.

Zoltan zeroed in on Earl’s quickly reddening face, and began to laugh. Boris and Earl glared at each other, and then turned their attention to the laughing lawman.

“There is a joke?” Boris said.

“Yes, and it’s on all of us. Gentlemen, there is no Mr. LaPiere. There probably never has been.” He went to the window and Boris and Earl came to his side. Mona was still in her chair but she’d removed a compact from her purse and was powdering her nose. Lightly. Deliberately she closed it, put a fingertip at the corner of her lip as though disciplining a wayward dollop of lipstick and gracefully changed position in her seat, turning a shoulder to the mirror, and seductively reaching inside her blouse to recapture a recalcitrant bra strap.

“Those hands…” Boris whispered. “So lucky.”

“You were saying, Zoltan?” Earl said absentmindedly. When the answer was not forthcoming, he looked at Zoltan who now had his eyes closed. “Zoltan?”

Startled, Zoltan resumed his explanation. “She doesn’t know who is behind this window. It doesn’t matter. Kije is with her.”

“If you knew your history, foolish Russian, you would recognize a varanya when you saw it. There is no Kije. He is an invention of the sycophant of the Czar and of Prokofiev who immortalized him in music—a lieutenant the Czar took an interest in, who never existed. The Czar was law itself, and had to be placated. So Lt. Kije’s biography was written expressly for the enjoyment of the power that owned even reality.”

But Earl smoothed his moustache, and sighed. For him, it was good news. Eventually his Czarina would no longer be performing in the night dreams of millions of middle-aged men who remembered her as a young tart. He raised his cell phone and snapped her picture. The two men looked over his shoulder. Yes, they could see her posing seductively but there were three ghosts on the screen as well, their own mirror reflections.

“Was there an airline ticket for the Kije?” Earl said.

“No, she said he was coming by train from Berlin.” Boris said. “The Eurorail doesn’t require a passport for entry into Hungary.”

“There’ll be no corpse if there’s no body,” Earl concluded wistfully. “How did you know, Zoltan?” Mona hadn’t moved. She was a statue, just out of reach of mortal men.

“There are many music pieces gleaned from Eastern Europe folklore. Kodaly’s Hary Janos Suite begins with a sneeze, and we music lovers all know what that means. What follows may not be the truth.”

Earl remembered the psychology class he’d taken at the local community college: people give off signs that give them away. Like shifty eyes and studied movements when someone knows he’s being observed. He’d forgotten the warning signs depend on the culture. He put his phone in his pocket. “How did a girl from Brownsville, New York become a woman like her, I wonder?”

“Brownsville, you say? It was a Jewish immigrant ghetto long before it became a premier murder destination. Madame is old enough.” Zoltan said, and left the other two still wondering if a crime had been committed.

“Sure, Zoltan knows about international crime and great music, but what does he know about ghost husbands and practical jokes?” Earl said. He didn’t care if Boris saw his jealousy now. “And how?”

“His father worked for the KGB.”

History spins but is never exhausted. When it dies, there’s a never a body. It never rises because it never departs, just changes skin. ~ tyler malone