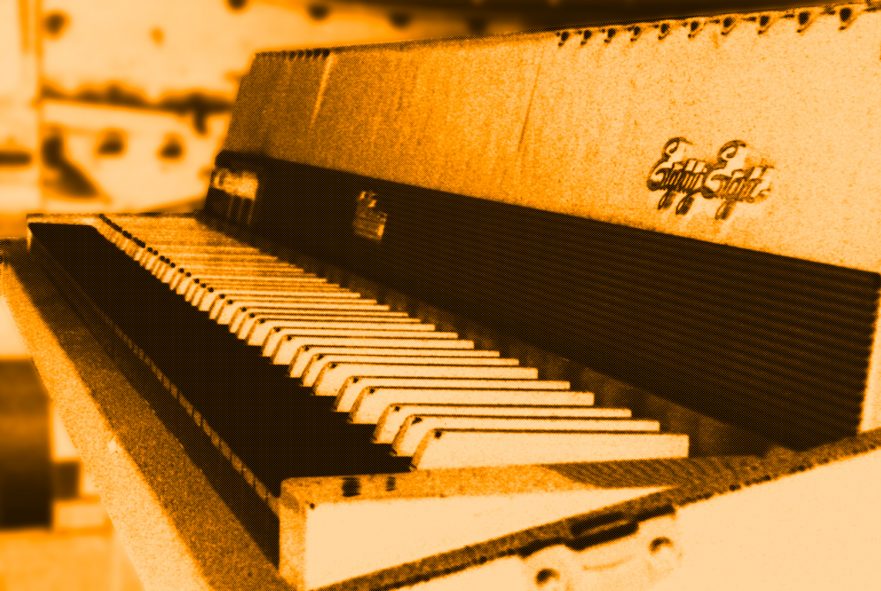 Never judge a book by its cover. I learned this from a small incident that would almost disappear into the shadows of history, were it not for the power of memory that can’t help wanting to retrieve it, and others like it, and, too often, does.

I was a handsome guitarist in a late-teens, 20’s and 30’s bar called the Escape Lounge in a poor Irish section of Queens called Richmond Hill. ‘The Hill,’ it was dubbed. You went along Jamaica Avenue to find the bar and the club was at the end of a long string of factories and warehouses.

Along with me on this October Friday night was this drummer who called himself Johnny Cino (who claimed he stole his last name from his cousin, Benny Petracino) and a huge keyboard player named Scotty Boy Fortunato.

Scotty Boy specialized in the Fender Rhodes electric instrument with a live, acoustic piano sound. We also needed a singer and he was it. Scotty Boy, who was also called Big Scott, for all that pasta he ate, actually weighed 375 pounds. He told me this more than once, bragged about it, kind of, mentioned all those Italian Sunday macaroni feasts in Bensonhurst, Brooklyn. ‘And especially holidays,’ he once said, in the middle of our now three-year acquaintanceship and professional relationship. ‘You have NO idea how much we eat!’

But we didn’t – other people who knew him, that is – bring this weight issue up too much with him. If he wanted to bring up poundage, that was O.K.

Otherwise, nobody volunteered it. Actually, some rude customers sometimes mentioned it in the form of suggestions for weight loss, but the musicians stayed mum.

During our second 20-minute break – we did five 40-minute sets with four breaks per evening in this club as in most others – we noticed a woman in the northwest corner of the Escape Lounge. We were standing approximately in the southwest section.

I knew my luck was gonna change. She started moving bluntly across the floor to us. We had loaded up the place because we were, simply, a hot little group.

We played disco, rock, r&b, blues, jazz, bossa nova, Frank Sinatra-gangster shit, like ‘The Summer Wind,’ ethnic tunes, the 1950’s, you-name-it-we-played-it. The people came in droves to see us. There were two guys, Richie and Jimmy, who were as popular as us, but they only played 1950’s music. Actually, they weren’t really as good, although they did draw a crowd.

Now, each holding a drink, we were proudly watching our work dance to records on a late-1970’s break, crowding the floor like sardines in a very little can. She was going to have to cut through this dancing group to get to us.

Johnny was watching all this, too, from his usual place at the end of the bar a few feet from our end of the dance floor.

Johnny had already acquired a quiet, smiling drunk, but he’d be all right for the rest of the evening.

Some guys work that way. One of his mottos was, ‘I don’t like to feel like I’m working when I’m gigging. It’s got to feel like play.’ He had a kind of Japanese attitude.

The mystery woman was now smiling.

And to our credit, we had so filled the place that there was not space – even at the end of the perimeter at the bar walls – for her or anyone else to move.

I began to act coolly now (as an actor would), checking myself in the huge wall mirror, stoically engaging Scotty in a conversation about Frank Sinatra, particularly his early connection to the mob. Through the din of the music, I said something like, ‘You know, Frankie Boy knew Jilly Rizzo and that’s how he got his start in New York.’ Since we were musicians, we liked to talk like we knew Frank. Scotty Boy responded something like, ‘How the fuck do you know? You wasn’t around.’

…dancers spinning on the floor…

Checking the woman’s progress, statements simultaneously started spinning through my head now in rehearsal, like this:

‘Woman is better than drink.’

I was having a love affair with myself. I didn’t feel I had to be too articulate.

Scotty Boy continued on his theme. ‘I mean, you really weren’t around.’

She arrived. She was Mexican. Her name was Carmen and she turned out to be a very exotic, funky mix of alcohol and perfume and hot cigarettes. She wore black slacks, gold hoop earrings, stiletto heels, and a loose-fitting, flaming red blouse.

You know the rest.

He used the word ‘dude’ even before it got popular.

Sometimes all you need to know is that you don’t know. ~ johnny o