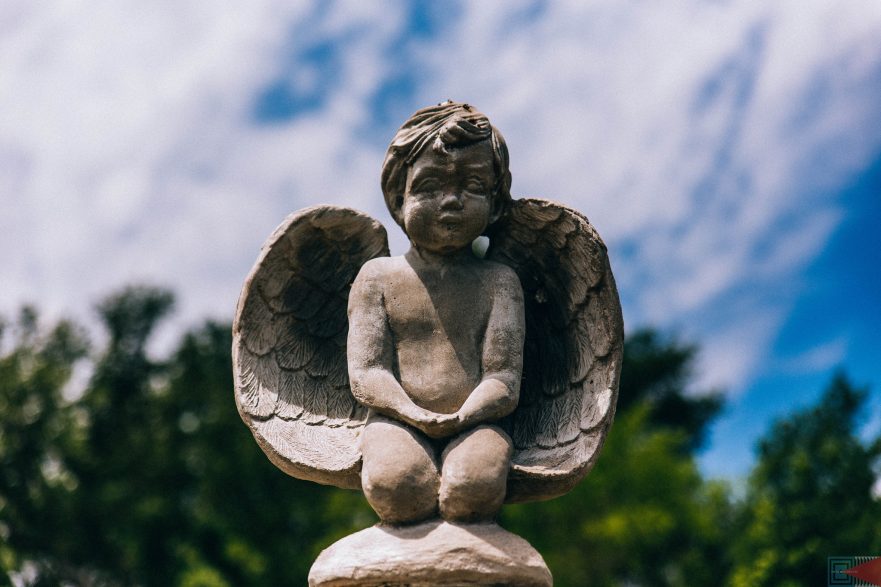 Soon after it happened, police cars swarmed in, followed by a fire truck and an ambulance. She watched them all evening from her second floor window that looked out over the parking lot, red and blue and green lights swirling through the darkness like kaleidoscopic searchlights. Around midnight, upset and nervous, she went to bed, wondering if she should check out and disappear, wondering when the knock at the door would come, if she didn’t; wondering why emergency vehicles never seemed to turn off their motors.

The next morning, first thing, she turned on the TV. The man was 76. His name was Edward Norwiski. He was a retired engineer, single, lived alone. His billfold was missing so the suspected motive was robbery.

A couple of police cars still remained in the parking lot. She thought about going downstairs for the free breakfast, but then decided against it. Instead, she brewed a pot of coffee in the room and sat down in the chair by the window, wondering how long it would take them to find her. The motel, after all, had cameras on every floor. They would know.

So what would she say? How could she make it credible? The more she thought about it, the more she realized that it didn’t matter. They would never believe her anyway. If it hadn’t happened to her, she wouldn’t believe it herself.

When the policeman finally arrived, he turned out to be a very fit looking man who was probably in his fifties. Strands of grey streaked through his dark hair and deep wrinkles creased his tanned face like little gullies.

“Miss Chambers?” he asked, when she cracked open the door with the night latch still on.

“I’m Officer Tillison with city police. We’re investigating a murder out in the parking lot last night. May I come in?”

The girl unhitched the night latch and invited him in.

“To start, can I see your drivers license to confirm your identity?”

“Alice Chambers,” he said, reading from the plastic card after she handed it to him. “Nineteen. So what are you in town for, Alice.”

“But you’ve been here a week now.”

“Did you know the man who was murdered?”

“A security camera shows Mr. Norwiski entering your room and then leaving about an hour later.”

Alice just looked at the officer, not saying anything. Then she said, “Well, he just dropped by for awhile, but it doesn’t mean that I really know him.”

“Nevertheless, he was here. You are the last known person to have talked to him.”

“I’m not here to question why Mr. Norwiski was in your room, Miss Chambers. I’m investigating a murder, nothing else. So please be candid. Does this picture mean anything to you?” Officer Tillison held out a faded, dog-eared, wallet-size photo of a pretty girl who bore a striking resemblance to Alice.

“Yes,” Alice replied. “He said I reminded him of her.”

“So how did he know that? Were you friends? “

“I had never seen him before. He said he found my picture on Backpage.”

Officer Tillison pulled out his phone. His practiced fingers moved quickly over the keys. In a moment he held out the photo on Backpage, reading: For five-star platinum service, call Tiffany.

“Is this you, Tiffany?” Officer Tillison asked.

“Yes,” Alice said, looking down at the floor. “Am I going to jail?”

“Not unless you had something to do with his death,” Officer Tillison said.

“What did he talk about? Did he say anything that would lead you to believe he was in danger, that someone was after him?”

“No, he was real upbeat, in kind of a sad way. When he showed me that girl’s picture, I could tell she meant a lot to him. He knew her in high school.”

Officer Tillison thought for a second. “That must have been more than fifty years ago.”

“So didn’t it feel kind of creepy having sex with your grandfather. The guy was 76 years old.” Officer Tillison said.

“Really.” Officer Tillison said. “What did you do for an hour, talk about the stock market?”

“Miss Chambers, we’re just trying to solve a murder case. There’s no need for you to lie.”

“Not lying,” Alice said. “We danced. He had a small disk player, and he played “Earth Angel” over and over. He said it was their favorite song—him and the girl in the picture.”

“One hundred and fifty. But I gave it back to him before he left.”

“I don’t know,” Alice said quietly. But she knew.

Officer Tillison stared at Alice for a moment before he slowly walked over to the window, looked out and returned to face Alice.

“Okay, that’s all I’ve got for now. Don’t check out or go anywhere. We may need to ask you some more questions.”

When the door shut, Alice breathed a sigh of relief. So what if he didn’t believe her? At least he was gone.

Not gone was the song that kept running through her mind. She had heard “Earth Angel” so many times the night before that she couldn’t get it out of her head. She positioned her arms as if still dancing with Edward Norwiski and slowly moved around the room, remembering the gentle old man who had paid her $150 just to hold him close like the girl in the picture once had.

Will you be mine? If the answer is yes and we catch someone falling from the skies, it’s nothing but love to keep dancing until death. ~ tyler malone

A bit about Russ: "I live in Charlotte, NC. I am a graduate of Western Carolina University with a degree in English and professional writing. My novel, LUKE'S WAY, is scheduled for publication in August. I recently had a story accepted by The Chaos Journal for their inaugural issue.