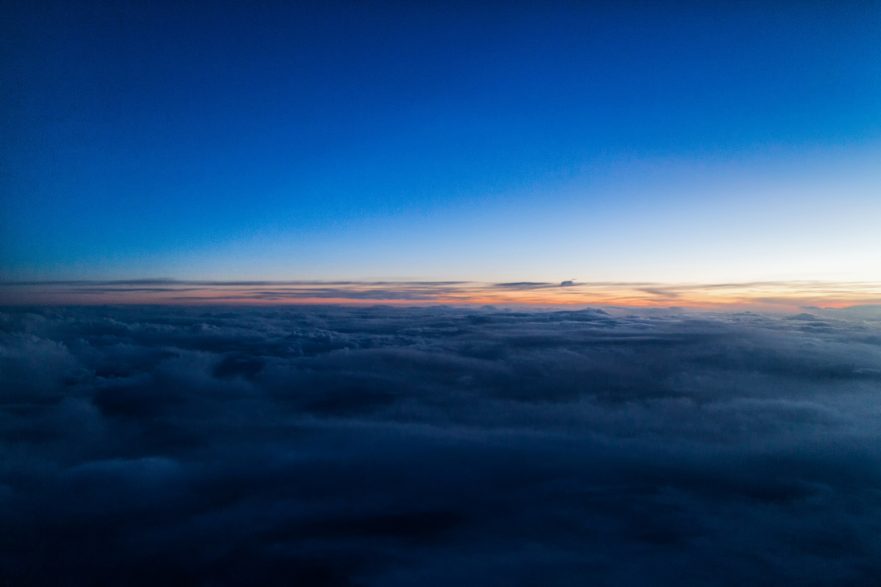 photo "Hell's Ceiling" (above) by Tyler Malone aka The Second Shooter

Texas heat beats down on the lawn in front of the house. There is a scorching wind gently blowing the blades of inch high grass. The grass is wet green, as if oils soaks through the surface to slicken the grass.

The sun’s blaze doesn’t reach the inside of the house. Along with the tarantulas and snakes, it’s stopped at the front door.

A sign hangs in the kitchen that reads God Bless This House. The walk-in kitchen is designed perfectly; its drawers are filled with corn cob holders, lime squeezers, egg beaters, spaghetti servers. All silver. A wine rack nailed to the cabinet displays crystal wine glasses hanging upside down as if in a state of eternal crucifixion.

“We have to be ready by noon,” says James. “My mom has the photographer for three hours only.”

“I wish she’d given us more notice,” says Natalie. Her face is red, her eyes half closed from too little sleep.

“She told us a week ago,” says James.

“I need more time to schedule the hairdresser.” She speaks looking into the mirror, combing her hair.

Buttoning his shirt, James looks into the mirror on the other side of the dresser drawer. His small blue eyes sink into the puffed flesh around them. The fat from his neck swells from out of the shirt.

“I don’t know why your mother does this to me. She doesn’t want me to look pretty,” shouts Natalie.

Later that night they come back from the family photo session.

“Well, I guess the pictures came out ok,” she says.

“I’m just so tired. What with work, the kids, and everything else,” says Natalie, pouring wine into a large glass. The liquid makes a gurgling sound as she pours it.

“You’re taking those pills. You’re not supposed to mix them with alcohol.”

She takes a long drink.

“I found another broken glass on the floor,” he says. You get so drunk you don’t remember dropping glasses on the floor. What if Johnny steps on a piece of glass?”

“I don’t feel like talking about this,” she says. “You don’t know what the pressure at work is like.”

“You’re the one who wanted the high-paying job.”

“We’d never get by on what you make.”

Running into the kitchen, their little girl, Cindy, pulls on her mother’s hand.

The image of the broken glass flashes into James’s mind.

“Ok, I’ll come,” she says emptying the wine in one gulp.

Sitting at the kitchen table, James looks out the window across to the playground. It’s still daylight. There is no one there. There’s almost never anyone there. He needs to paint the fence around the house. It’s getting to look worn. The heavy rain from last night left torn branches on the yard. The wind blew so strong it had rattled roofs, unlatched doors and broken windows.

He pours himself a scotch.

Returning back to the kitchen, Natalie fills up her glass with wine. Cindy sits next to her wearing her princess pajamas. Johnny is now fast asleep in his bedroom upstairs.

“It’s not like you don’t drink. You’re the one who couldn’t remember whether you brushed Cindy’s teeth last night.”

“It ain’t easy being a manager at the auto-shop. I may not have a fancy title but it takes the life out of me.”

“Go get the ice cream,” says Natalie to James, interrupting their conversation.

“My little princess can have ice cream anytime,” she says. “I buy it with my money.” Her voice slurs as she speaks.

He gets up from his seat, walks to the freezer in the garage and gets the ice-cream, rankled by his wife’s comments. He puts the ice-cream on the kitchen counter.

“I told daddy to get you ice cream,” Natalie says sternly, staring now at James.

“Did you look at the counter?” he asks.

Natalie sees the ice cream, clapping her hands and licking her lips.

“Do you know mommy loves you,” says Natalie.

Cindy looks at her mother silently.

“Do you know how much mommy loves you?” Natalie growls from the back of her throat.

“Leave her alone,” says James. “She heard you. We all love you, don’t you understand? We’re all here together in this house. Ain’t nobody leaving.” His eyes well up with water.

“I’m going upstairs to take my makeup off now.”

Then James and Cindy walk out to the porch.

“You see that star right there?” he asks. “That’s the North Star, right at the center of the Big Dipper.”

“No the sun is closer. In fact, Texas is closer to the sun than New York. That’s why it’s hotter here, raining hell flames down on us sometimes.”

After talking for a while, they return back into the air-conditioned house.

“What brings you back in?” asks Natalie.

“Did you tell her about the stars?”

James doesn’t say anything. He fills his glass with scotch.

“Did you tell her about the stars? I want my daughter to be the smartest girl in the class. Do something useful with that education you had.”

“I’m putting Cindy to sleep now, since I’ll remember that I did it,” she says.

“I hope you remember to clean up the broken glass,” he counters.

Now alone in the kitchen, James stares at the family pictures that adorn the walls. Pictures of Cindy in princess outfits. He is crying but his face doesn’t show it.

Later, husband and wife both on the couch, holding their drinks in the dark, they sit in silence. Natalie clutches James’s hand in hers. He squeezes it tighter.

Keep telling yourself your hell is worse than anyone else’s. From Texas to New York, it’s all a different sort of hell, but we make homes in hell, always. ~ tyler malone