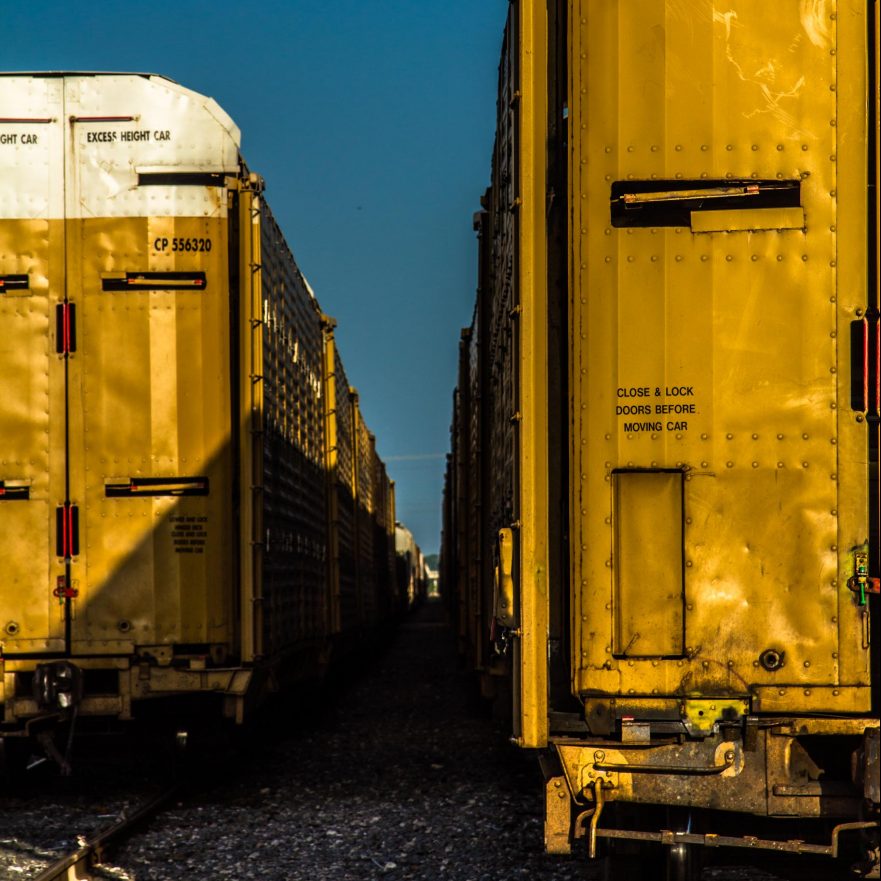 photo "Car Commerce" (above) by Tyler Malone aka The Second Shooter

David McConnell didn’t realize how tense he’d been until the train left German soil and entered Austria. In a few hours he’d be in Vienna and he and Julia would shop for a cleric.

He let out a sigh and looked up from his week-old edition of the London Times. Sitting across from him was a large man with a thick white mustache and a probing stare. “Would you like to see yesterday’s news?” he said. He offered the folded paper to his fellow traveler. “The political cartoons are well drawn.”

“And, no doubt full of inflammatory commentary from your Mr. Churchill.” But he accepted the paper, and David felt a second wave of relief; he didn’t like being studied. This fellow looked like a professional observer. A psychiatrist, perhaps. All the arrogance of a military officer and the accusatory eye of a clergyman. He turned his attention to the passing countryside.

“What do you think of Herr Hitler?” The man asked.

The question intruded on David’s prurient thoughts of Julia. “I haven’t given him much thought at all. As long as I don’t have to go to war, I don’t care what Europe does. I’m getting married when I get to Vienna.”

“Committing to life-long war, then.”

“I prefer to think I’m marrying an ally not an enemy.”

David didn’t recognize the man’s accent. He looked old enough to be widowed or cynical, but didn’t sound Teutonic or British. American perhaps, even though they were a happy lot compared to the rest of the world. Easy enough when you don’t have a history or recent war tragedies, his father had told him when they were discussing veteran difficulties. They’ll get tired after they’ve been around a while. Sean McConnell liked to walk but his prosthetic leg hurt his stump. The Battle of the Meuse didn’t go well for them. Lost over eight thousand a week for the six months they actually fought in WWI, David had reminded him. They’d kept walking past Admiral Nelson’s spire.

“I like to think the world has moved beyond the barbarity of war,” David said in an effort to have the last word in his conversation with the dour stranger who was studying him again.

“I like to think there are virgins in Berlin, but liking a thought doesn’t make it true.” The man’s face filled with a wicked smile. David hoped it was the result of a tourist memory and not directed at him.

“I didn’t stay in Berlin long enough to investigate female anatomy or chastity,” David said, “just long enough to retrieve a new leg for my father.” He patted a long narrow box beside him.

“Do you think Churchill is right about Hitler wanting another war?”

“I know Hitler wants to kill certain groups of people he hates. Communists. Jews. Gypsies. Slavs. Russians. The list seems to get longer the longer he’s in power. If it takes a war to get rid of them, then yes, he wants another war.”

The man opened the window slightly to rid the car of its stale air. “What should he do?”

“What would you have Herr Hitler do? Western culture is under attack from communists, and most communists are Jewish. They agitate. They destabilize. They denigrate German Christianity, and call for the abolishment of the institutions German families hold dear. He’s tried expelling them, deporting them, and ghettoizing them. What else should he do? Surrender?”

“Can a rabbit coexist with a serpent? An antelope with an alligator?”

“Really? According to the communists, man has no soul, so what does that make him but an animal? I understand your frustration. You want the serpent and the alligator to behave like rabbits and antelopes, and if that were possible, coexistence would be possible. If we entrust civilization to the Mongoloid race, we’ll get conformity. If we entrust it to the Negroid race, we’ll get depravity. To the communists… we’ll get atheism and poverty.” He was shaking his head slowly, up and down. Agreeing with himself.

He left the car. Was he going to the loo or the dining car? David closed the window. The afternoon March air was fresh, but cold. Or was it the man’s words that chilled his bones? The door opened, and the conductor looked in. “We’ll be delayed a bit,” he said. He sounded like a breathless tenor. “Herr Hitler has returned to Linz! Austria and Germany are one!”

The door closed, but David could hear people outside the car cheering. Anschluss! Anschluss! And now he could see them filling the corridor, smiling, kissing, and shaking hands. He brought the box to his lap, determined to protect it from… what? Happy people who were celebrating their liberation from the tribulations plaguing all new republic governments; how to be peaceful and accommodating without being vulnerable and stupid? He opened the window wide and calculated whether he could survive a jump. The crowd was singing now: Deutschland, Deutschland uber alles… Germany, Germany over all…

He hadn’t had time to ask the conductor how long they’d be delayed. Julia would understand. Vienna was probably as raucous as the train. He sank into his seat, feeling his certitude about marriage begin to fade. Misgivings replaced joyful anticipation. If Julia were here now, he would be obliged to deny his fears and tend to hers. Soon, he’d have to feed, house, and clothe her and their children. Like a pervasive government. When the wedding party was over, and the dancing ended, what would their future hold? What if, as the man said so casually, their union became a war?

Joy isn’t the last emotion, it’s the first smiling step to many more, all as the cyclical human cycle carried by pumping blood only begins. First a smile, then a toothless whimper. ~ tyler malone