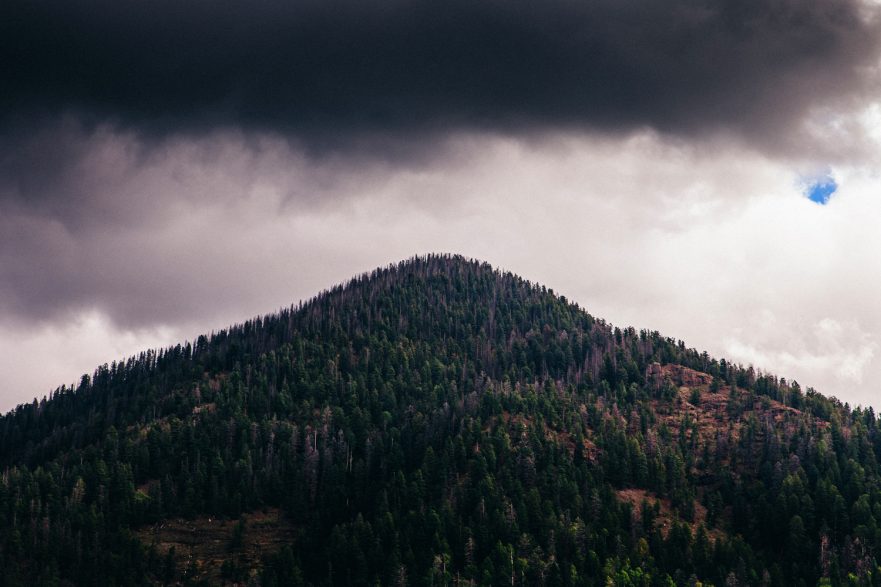 photo "Above, Always" by Tyler Malone (aka The Second Shooter)

Sunday and snow. A promise made— a promise kept. Laden with oranges, apples, chips, crackers graham, muenster, and wine to placate my misgivings, a thermos of cold water, mittens, blankets, and four rain-booted children bundled for snowball battles, quivered with impatience— up Angeles Crest we plunged.

Carsick children— and me.

Finally arrived. Parked the car. Pack in hand, I tramped my way up the hill after the children— to discover a patch of snow the size of an Indian rug, dumped by a friendly god to save face and our expedition. My (now ex-) husband— turned tall teaser— bombarded the children who, using me as a fortress, snowballed him back. Finally, tearful and stinging from his better aim, they won the hill and forced him into retreat.

I stood at the top of the snow patch and watched the tormentor scurrying down— the bombs of ice and snow bursting around him in hot pursuit. And then the laughter broke through me, all around me and the panorama of brown mountains spattered with pines that circled our singular snatch of snow. I stood at the top and toasted the gales of the whole uncontrollably convulsing scene. Then, sobered by squeals of frost-bitten finger fears I, still shaking, followed the four small figures sliding down the slope with promises of hot chocolate at the bottom.

There can’t always be what we desire but there’s always going to be us and what we can imagine. ~ tyler malone