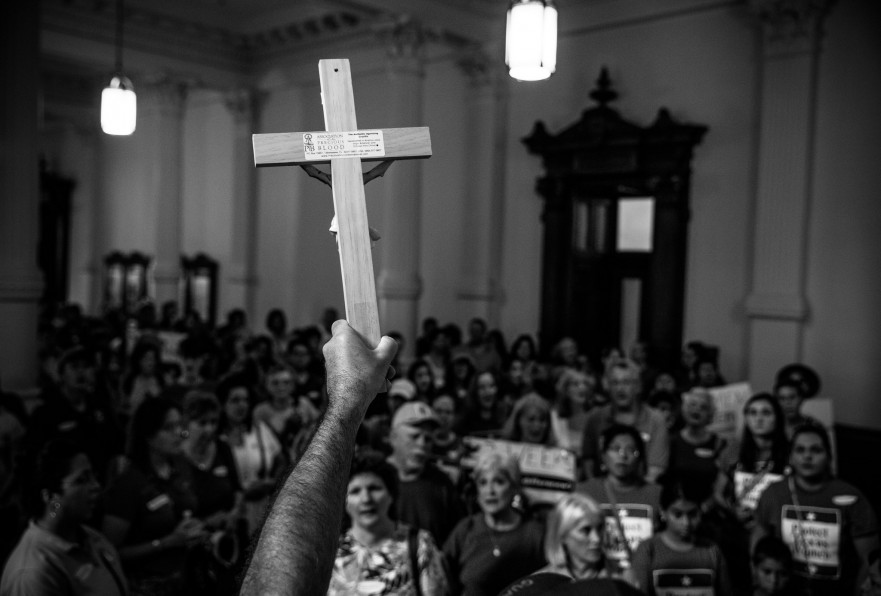 Dr. Chapman had been valedictorian of his class in high school and college but had finished second in his class in medical school, something that still bothered him after 30 years of successful practice in a small city. Many patients traveled from all over the state to see him.

Over the years, he had hired a number of practical nurses to assist him in his practice and went out of his way to hire those that might have had trouble being hired elsewhere due to discrimination. He was proud of his record and didn’t have much turnover in staff.

Between patients he and his nurses would often discuss weighty topics of the day, delving into difficult subjects such as religion and politics. Most of his nurses had tried at one time or another to get him to vote their way and they always tried to convince him to go to church, even if it wouldn’t be the church any of them attended. Dr. Chapman was always polite but always resisted their efforts.

Once Dr. Chapman got into an interesting discussion with Ruby, who had worked for him for 10 years. She was an excellent nurse who always assisted him perfectly in his outpatient procedures. He paid Ruby very well and valued her as a person. Sometimes Ruby would bring extra food from home for lunch and microwave it for her and the doctor so he could try some of her cuisine, food he otherwise might not encounter since they came from very different backgrounds. He had grown to love her collard greens and cornbread. She could never bring too much of either.

One day after lunch, Ruby asked Dr. Chapman if murder was always wrong.

“It’s always wrong, Ruby, except in self-defense. I think the death penalty is wrong, too. Why execute a killer when you can lock him up for life and give him hard labor? Any life is important.”

Ruby had brought the subject up because the day before someone in her neighborhood had killed a man who was notorious for stealing from his neighbors when they were not at home. Someone in a car drove by his house and shot him dead while he was getting his mail.

Dr. Chapman told Ruby that the neighbors should have called the police about the man and let them investigate. He might have been innocent and now he was dead.

“We did call the cops, Doctor, but they never could catch him. That’s why somebody killed him. No one knows for sure who did it but even if they did, no one would tell. You don’t snitch on anyone in my neighborhood.”

Dr. Chapman had worked in the area long enough to understand what Ruby was talking about. In fact, many of his patients came from her neighborhood as well as neighborhoods that had even more crime.

Lunch was over now and Dr. Chapman had a waiting room full of women ready to see him. He and Ruby would have a busy afternoon, no time for conversation. But he did have one more thing to say before she helped him don his surgical mask and gown.

“Ruby, before you go home tonight, please empty the bucket of fetuses. Tomorrow’s Friday and the garbage men will be coming around early.”

That was something Ruby did every night. She didn’t say anything but with her many years of experience, she didn’t have to be told.

Life is life. It goes on and on, by the will of living, by the hands of death. – tyler malone