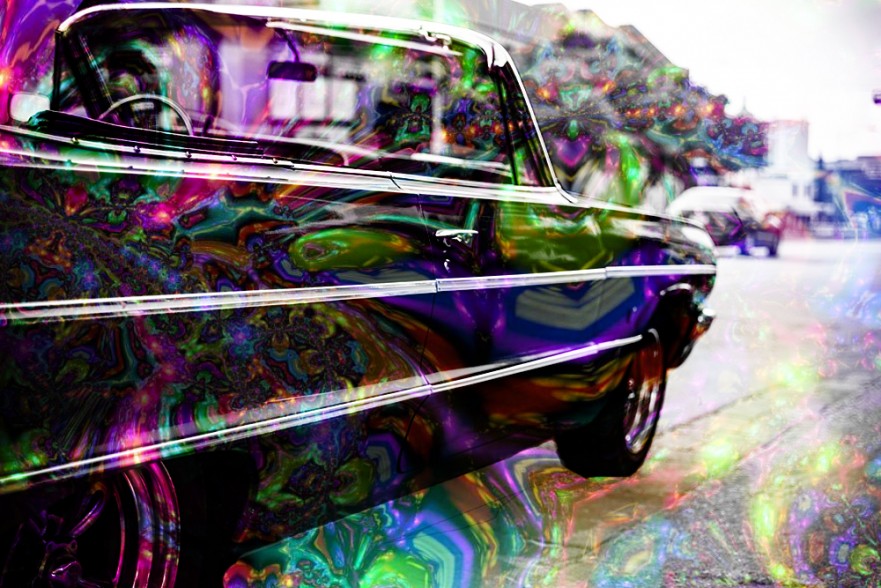 When I was 16 my mom told me not to do acid. She told me a cautionary story about two people she knew who took acid and drove on the highway. It was late at night and they were the only drivers on the road. Then they saw a refrigerator in the middle of the highway. The guy in the passenger seat convinced the driver that they were tripping and that the refrigerator was not actually there. The driver drove into the refrigerator. The car swerved off the road and flipped several times. They both ended up dying. My mom told me that acid was bad because it permanently altered your brain chemistry in a negative way. She also said that acid drained your spinal fluid, turned you crazy, and, in some cases, made you crash into mysterious refrigerators on the highway.

Two weeks later I took acid for the first time in a famous park in San Francisco. I was uncomfortable the entire time, as there were too many hippies wearing Grateful Dead patches and my legs felt numb. The next day I asked my mom how she knew, since they were both dead, what the two guys were thinking when they saw the refrigerator in the middle of the road. Maybe the refrigerator was unavoidable and that a sober driver would have similarly crashed. Maybe the two guys weren’t even on acid. Maybe one guy spilled a soda on the other guys lap and then a bird flew into the car and flapped its wings all over the place. Maybe there was no refrigerator. My mom said that I was missing the point and that the story was true. It was in the newspaper, according to my mom. Then my mom made a serious face and squinted her eyes at me. She made me promise her that I would never take acid. I nodded my head in agreement and I think she believed me.

It’s never what others think, it’s what we think they know, and that’s as crippling as any drug. – tyler malone

A bit about Kenta: Kenta Maniwa was born and raised in Oakland, California. His work has been published in Hobart, Dogzplot, and other places. He also has a zine called Eat Pray Joog.