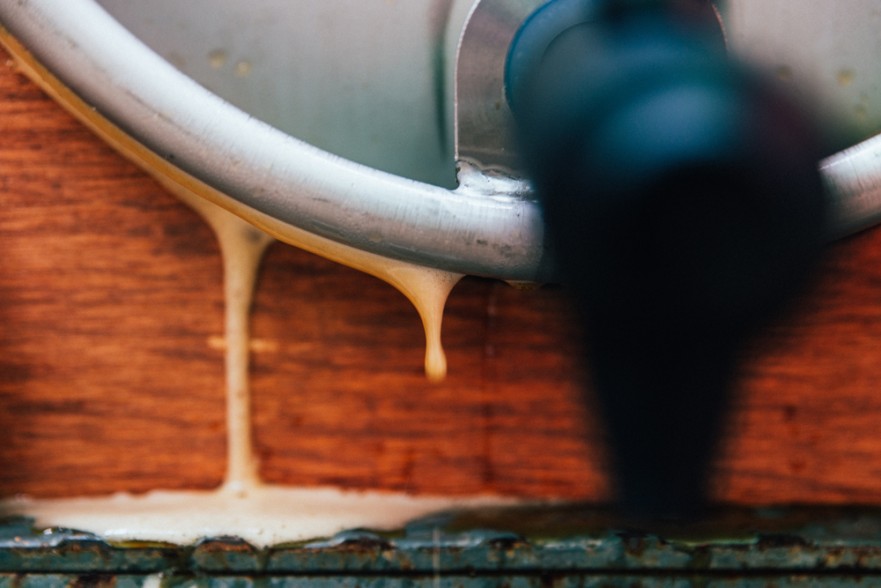 She grabbed me by the balls in the alley near the fashionable beer joint Mug, where all sorts of outcasts usually hung out. Intelligent, sometimes talented young people thrown out of the roadside of life by the damned community of worst philistines, punitive organs and the middle-class hypocrites.

We drank all that was available at that plague time: the fatal rotgut wine 777, vodka as cool as the Black Death with a skull on the can, a treacherous drink called Macbeth and the Belarusian raspberry-flavored poison. After drinking this stuff we shook like we had swamp fever in basements, in the cemetery, in all kinds of cheap joints, boiler plants and numerous chance apartments. We always drank at night.

In this one joint Plague got tight and fell asleep right on the table. Nobody said a word. Once she had freaked out here, broke a lot of dishes, bottles and beat up the waitress who tried to stop her. I took her to my home and she only woke to drink right from the Stolichnaya bottle and eat a package of pills. It was awful. She was howling and wailing, wild and crazy. Plague tore her clothes and completely shattered past retrieval my poor apartment with the pitiful remnants of my parents’ furniture. She cried Heil Hitler! and wanted to commit Seppuku with a kitchen knife. I rushed across the room and we fell with a crash on the floor. Plague twitched like an epileptic but I was afraid that she might jump from the balcony, so I kicked her out.

Plague got her revenge. She waited near the house, and when I was going out and struck me with an iron billet. I was bleeding but decided not to give up. Somehow I reached the hospital where a doctor sewed my head without anesthesia.

I left the hospital and with a bloody bandaged head went home. All right, motherfucker. I have strong genes. My grandparents fought in Stalingrad and took Berlin. And all my life’s road is covered with corpses of my untimely fallen comrades.

Plague meanwhile was looking for me. She was running around the city like crazy witch.

When she at last appeared on the threshold of my apartment, with a bottle of vodka in hand and an idiotic grin on her face… I was very glad to see her.

We drank three days and three nights then took a cab and went to my buddy Mark. He respected me. He treated us immediately with good vodka V.I.Lenin and decent snack. We drank with the host to the dead comrades and the plagues in all our lives.

Take some time to celebrate sickness from time to time, because at least you have something. – Tyler Malone