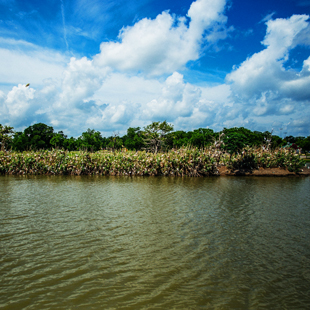 Uncle Nat was definitely my favorite uncle. He was my mother’s younger brother and lived in Scranton, Pennsylvania with his wife, Sadie, and their two daughters, Lillian and Dorothy. Dorothy, the younger girl was just one year my junior and we were great friends for years.

Uncle Nat, born Hershel Newtah Jochnewitz, Americanized his name to Nathan Young while still in his late teens and working in New York’s Garment Center (thousands of manufacturers, their showrooms, factories, and suppliers all jammed into a small area of tall buildings in the west side of middle Manhattan). As the rising young star in the firm, he was chosen to open and manage a coat manufacturing plant by his employers, Linder Bros. of New York. The new plant was to be located in Scranton, Pennsylvania to avoid the “pernicious” influence of the ILGWU, the powerful Ladies Garment Workers Union. This was 1940 and the non-union wage scale was much lower in Scranton, Pennsylvania which was an old coal mining town not far from New York.

Scranton is located in The Jermyn Mountains within commuting range of many small fresh water lakes that were developed as summer colonies. Some of these lakes were within a three hours’ drive from New York City.

One spring Nat called his older sister Helen and invited her and her family to spend their vacation with his family, at a cottage he had rented for the summer. It was directly on Chapmans Lake, had six bedrooms and ample room for everyone. The house was completely furnished, including bedding and all kitchen equipment. There was even a rowboat tied up at its own dock just a few steps from the house.

The vacationers were my parents, myself, sister Gertie, her husband Julie, and their young daughter Danna. We all were able to fit in the family car. The journey was planned by Julie, who was the pilot (driver) and aided by myself (teenager and co-pilot) who sat next to him with maps at the ready. The trip took almost four hours including a lunch and a bathroom break at the midpoint, The Delaware Water Gap. This was a lovely scenic spot, atop a bluff overlooking the Delaware River and Pennsylvania. The roadside restaurant supplied food and benches and bathrooms. The perfect backdrop for an outdoor picnic for nature deprived urban dwellers.

The expedition to the lake was uneventful and we arrived, safe and sound, just in time for dinner that was prepared by my mother and Aunt Sadie. Uncle Nat was an avid fisherman and had extolled the joys of fishing in a small boat on the lake. There were the smallish Bluegills and Sunnies and of course the larger Smallmouth Bass, Perch, and Pike. The last three were the prize fish sought by all anglers and ran from about two to five pounds each.

Julie was excited about the fishing prospects and finally cajoled me to accompany him on an expedition early the next morning. (It seems that the best time to catch fish is when they are hungry in the early morning around daybreak, when all sane people are still sleeping.)

About 5:00 AM the next morning, Julie quietly woke me to get dressed for our fishing adventure. We tried to be quiet but my mother heard us and would not let us leave without breakfast. She quickly prepared some eggs, toast and hot coffee to fortify us for our great fishing adventure.

Chapmans Lake was at an elevation of slightly over 3,000 feet, so the early morning air was chilly as we climbed into the rowboat with our gear. The sky was grey and the sun was below the horizon. The shoreline was visible but the lake itself was still asleep shrouded under a thick blanket of mist. As we got into the boat we could see each other only from above the waist, the rest disappeared into the mist and anything more than a few feet in front of us also faded into the haze.

The sky was slowly getting brighter and the mist was slowly thinning and becoming less opaque. I sat there in this surreal world, seated in a small rowboat in the center of a huge London Fog that covered the entire lake. The boat rocked gently as we were borne forward into this strange world of haze. Julie was rowing sitting just a few feet in front of me but only his upper body was visible out of the haze. A strange half-man protruding from the mist and rocking methodically back and forth.

The world was asleep wrapped in a blanket of mist. There was no sound except the discreet plop as the oars dipped into the water. The peace engendered by the quiet was overwhelming. Serenity ruled, yet there was something disturbing about the utter silence and the half visible figure of Julie.

A figure slowly appeared out of the haze. Sitting there was Charon quietly rowing across the River Styx.

I sat transfixed by this vision as the mist slowly became less dense and more of the scene became visible. The sun was about to rise as the haze began to lift.

After about three or four hours we returned with our haul for the day; half a dozen Bluegills and two Sunnies that my mom quickly cleaned, prepared, and fried for us as a special Fisherman’s Breakfast.

Fish never tasted that great. There was something uniquely gratifying about going out in the early morning and foraging for your own food. Machismo, a rare link to our primitive ancestors, facing the timeless of survival.

Life, this is it: survival. Beautiful survival, what makes us who we are. – Tyler Malone

A bit about Milton: Milt Montague was born and raised in New York City, survived The Great Depression, the school system, and World War ll. After 20 years back at college he discovered poetry at 85. Now at 90+, he has 53 poems published in 14 different magazines (and counting).