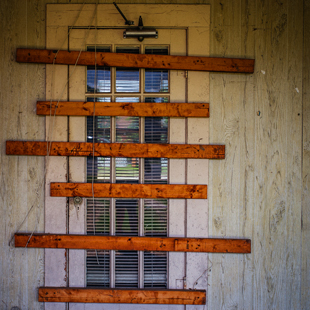 When I was in the seventh grade, I wrote a terrific and revealing story. I gave it to my English teacher to read. She lost it. Because I was proud of the story, I rewrote it several times trying to get it back. Each of the versions varied slightly, but the basics never altered.

I was young and beautiful. I was kidnapped by six evil but handsome bank robbers who carried me off to a cave in the woods and raped me every day for six months. I was terribly depressed. My life was ruined. I was no longer pure. Nobody would ever want to marry me.

This cave in the woods was very comfortably furnished, more like a cabin than a cave. It had beds with mattresses, a stove, a radio, and rooms with doors. My bank robbers weren’t voyeurs. I was just another convenience in the cave. One day, after several months, I learned from the radio that my entire family had been killed in a car wreck. I was freed of all ties, all obligations. I was also very sad. My bank robbers had no respect for my grief. Life went on as usual in the cave.

Then they decided to rob another bank. All of them left but one. Then he fell asleep, and I ran away. I ran until I was exhausted. Then I remembered my dead family and my bleak future. I killed myself.

I’m sure Miss Rivers got quite a giggle out of it. She said she had given it to another teacher to read and they had lost it. Maybe it became an underground classic at my junior high school. Puberty speaks, and having spoken, continued.

I wrote the story again. The cave in the woods, six bank robbers, evil but handsome, nightly raping (my bank robbers were conventional and traditional). All the ingredients were there. This time, however, the security precautions were greater. Someone was on guard all the time. My family was wiped out again, and my bank robbers came home with another captive, a nice young man, just my age.

He felt sorry for me. This made me more depressed. I cried a lot. He fell in love with me, and we escaped together. We ran until I was exhausted. He proposed. I cried and accepted. He left me to go find the police. I was pregnant by one, or all, of the bank robbers. I left a note, “I can’t ruin your life,” and killed myself.

I wasn’t happy with this version. It wasn’t as well written. I wrote it again. This time my family was killed at the beginning of the story. All of them were dead except my three year old sister. We lived together in a very nice house with a backyard swimming pool.

The bank robbers came to our house and held us captive there. They were much more evil this time. One of them was sadistic. He twisted my arm quite often. They promised not to hurt my sister if I would sleep with them without fighting. This made me something other than a rape victim. I was nobly depressed. We were prisoners for three months before the police came.

The house was surrounded. My sister wouldn’t stop crying, and the sadistic bank robber killed her. I tried to stop him and was severely wounded. The police shot all the bank robbers and I died.

I wasn’t satisfied with this version either, but then I found a boyfriend and stopped writing stories.

Venom on the page means poison in the brain. That’s not the problem, though. The problem is if you drink it. It’ll look like water but taste like blood, and you’ll love it. You’ll love it so much that you forgot where it wall started: with words on a page.

Kay Kinghammer is a full time poet, currently living in Seattle, Washington, USA. In the last two years, she has been published in “Granny Smith Magazine;” “Mad Swirl;” “Prospective – A Journal of Speculation” volumes 3, 4, 5, 6, and 7; “Electric Windmill Press”; “Pacific Poetry”; and “A New Ulster”. Her work has been included in the following anthologies, “The Blue Max Review” – an anthology from Rebel Poetry in County Cork, Ireland; and “The Inspired Heart” – an anthology from Melinda Cochrane International in Montreal, Quebec, Canada. Her first full length collection of poetry, Inside the Circus, was published by Loyal Stone Press in May, 2013, available from Amazon.com. Her second book of poetry, Stolen Kisses, Starlit Caresses – a Journey, was published by Melinda Cochrane International in September, 2013, available from Melinda Cochrane International.

She was one of the original organizers/readers at Red Sky Poetry Theater and at Campus Poets and Writers. She was also a graduate of Clarion West (1984) Professional Science Fiction and Fantasy Writers Workshop. She says that one of the most prolific and joyous times of her life was when she was a member of the Mercer Street Poets, a group of women poets, who critiqued each other’s work and did occasional readings.

She has been a featured reader at the Whidbey Island Poetry Festival, and in 1992, at the Seattle Music and Literary Arts Festival, Bumbershoot. She recently read at the Fermoy International Poetry Festival in County Cork, Ireland in early August, 2013 and was featured at Breadline, a monthly reading series in Seattle in late August, 2013.