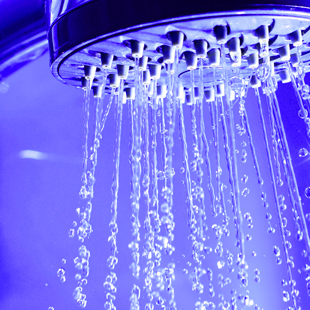 David was studying when his father came home. His father’s face glowed, same as the mahogany table David sat upon. The wood looked burnished by silver light.

“Elizabeth and I are getting married,” his father said.

Frank sat for the first time ever with his son at that table that was owned by Frank’s mother.

“The date hasn’t been decided yet.”

Silence consumed a car’s droning outside as if the sounds never existed.

“It’s not going to be easy for her,” Frank continued, “living with three teenage boys. You, Richard and Rob are going to have to make things easier for her by doing the dishes and setting the table and taking out the garbage, etcetera. But keep this under your hat until the wedding date is announced.”

The rarely-seen serenity in Frank’s features had encrusted him with gems of joy: he’s a man made wondrous by she who had glorified life. David felt that what he had just heard was surreal. His father hadn’t known Elizabeth long. Life had been so without love since his parents had divorced ten years before that living harmoniously in bliss without bitterness seemed dream-like, not of this earth.

“So keep it under your hat, okay?” Frank repeated.

Frank, giving David an unaccustomed pat on the back, went bedwards. Frank’s lifestyle made paying full rent impossible. He needed a working woman to share that cost.

David returned to studying. What he had just heard seemed so unreal that he never even gave his father’s comments another thought.

The following Saturday, David was with Richard watching TV. Their father went into the bathroom and turned on the shower. A strange sound emerged from their father’s mouth.

That strange sound reverberated through the house, silence without calmness, the troubling awe produced by that sound widening Richard’s mouth, reverence deepening the soundlessness that engulfed that sound.

Their grandmother shouted at the bathroom door: “I told you she was a slut. I told you.”

David and Richard stared at each other without moving.

“I told you, but you wouldn’t listen.”

Frank’s forehead touched white tiles, drops pouring off his screwed-up face, his mother screaming: “I told you! I told you!” his throat expanding and contracting, neck tendons appearing and disappearing like exposed and then covered-up tree roots, his mouth contorting and twisting, that sound reverberating like all the humbling pain ever experienced by man through the house, through the quivering, torn hole that Frank’s trembling lips framed in a shivering lock of despair. Wanting to escape maternal righteousness had made him imagine perfection.

We wish, sometimes, that it was a short stop after a short drop, becasue sometimes, to our own dismay, our own demise is drawn out. It lasts so long that we think we’ve found happiness. – Tyler Malone