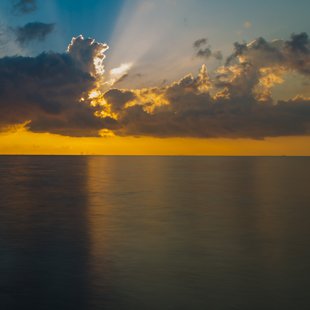 At this hour, we had the hay maze all to ourselves. Guarding the entrance stood a gang of white pumpkins on a bed of scattered straw. Tower rested his foot on the largest one as he pointed to Katie’s milk colored Kentucky Derby hat.

“You wanna put that wedding cake in the car?” he asked.

“No, watch me beat you guys with it on,” she said.

Tower laughed just once, then his phone rang and he walked off to answer it.

“So you guys have animals growing up out here?” I asked.

“Yeah, and we had horses but we had to sell them all when my parents got divorced.”

I didn’t say anything for a moment, until I said, “I’m sorry.”

“It’s fine. My Dad worked for an oil company, so he took international assignments after that. I got summers in Norway and Brazil.”

I nodded as Tower returned. On the count of three, we shot off through the hay maze in different directions. As my path grew darker, I began running my fingers along the parched straw walls. Soon, though, I reached a dead end, but on the other side I could hear waves crashing. I spun around, made two quick right turns, and then ran out onto the beach.

I heard Tower’s heavy footsteps stop and then change direction. One minute later he collapsed down next to me in the sand. Together we watched the sun sink behind the giant rock at the water’s edge until Katie appeared.

“Rematch!” she cried and we all laughed.

Just then a gust of wind picked up Katie’s hat and tossed it into the receded water. The hat drifted around the rock as Katie chased after it, out of our sight. Suddenly an enormous wave exploded onto the rock, covering it with white foam like shaving cream.

I dashed after Katie, sliding my hand over the foam and cutting my fingers on hidden barnacles. On the other side of the rock, yellow seaweed swung like drapes over the entrance to a cave. Hunching down, I made out Katie’s shivering shoulders.

“Katie!” I screamed but she didn’t turn around.

I heard another wave crashing behind me and ducked down through the opening. As I crawled up the sandy bank, the wave smashed into the hanging seaweed, and I felt cold water soak up through my jeans. In the dim light, I recognized the pale hat in Katie’s hands.

“Don’t come closer!” she shouted in a shaky voice.

I crept out after the next break and told Tower that Katie was alright, just drying off. The moon had risen by the time Katie’s silhouette sprouted up from the horizon. In the moonlight I could see that her hat was still dripping, but her shirt was perfectly dry.

The spontaneity and oddness of people and the lives we all lead, that’s where real adventure is found. The mystery of the little things are what’s grand. – Tyler Malone

Kasra Omid-Zohoor is a writer living in San Francisco, California. In his younger years, he studied modern American literature at Stanford University. His work has been published in places like Straylight, Romance Magazine, and The Molotov Cocktail.