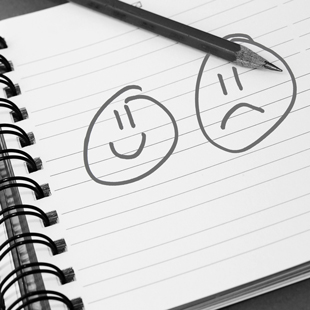 Dr Selby Leigh had never been very happy, despite his successes in life. It was a Saturday, sun out and birds singing, that he stopped by the village café on his way to work. Any day before this it would have been routine procedure. Order a coffee, chit chat a bit with the wait staff while paying and tipping, browse the front pages of the papers, offer a friendly doctor’s smile to the non-professionals sitting about enjoying relaxed village ambience, and get going, hot coffee in hand, quick important patent leather steps.

Except this is the story of a man who played with fire, the fire of his own self.

You may have tried not to notice them, in the supermarket checkout lines, the discount chemists, and the streets of villages that have developed around car parks. You looked away, pretending your attention was caught by something momentarily important. But you looked back in quiet fascination, holding your gaze upon their actions an extra second or two, transfixed by the mini-spectacle of totally abstracted human behaviour.

Dr. Selby Leigh had studied the condition, in the supermarket and at the clinic. He had filled a spiral notebook with observations. The low end of the spectrum of this condition involves brief interruptions to normalised states of social being with the strangest involuntary subversions from within. The odd click or double click of the mouth, or whistle, signifying nothing. In the middle of the spectrum it is the same but more elaborate, even containing a miniature laugh, a cartoony heehaw, or a series of clicks from which the subject is seemingly never going to return. At the high end it is the self’s inside worn on the outside. A deep evacuation of interiority in a veritable fireworks display of clicks and hoots, and head twirls, finger clicks, winks, dance steps, air kisses, fly swats, and conversational snippets from god knows where. Abysmally sad, it is a cocoon state, and a shelter from the wilderness of what is out there, an escape into the infinity of who we are.

He had referred to the sufferers of this condition in the most colloquial language, as the click-click whistle people. He had even perhaps coined the term. It was possible he had thought, before the critical stages in his own condition when he stopped caring about everything except the most immediate clicks and whistles, that there was a specially evolved form of communication at work to be proven, the existence of a utopian community, that the clicks and whistles had a function within a scheme currently invisible to those outside of this unique structure of feeling. Had his decline not reached rock bottom, he may have drafted an article and even proposed the term to the DSM-VI.

His decline had begun as a joke between friends, a cruel one admittedly, where Dr. Selby Leigh had spontaneously acted out a patient’s condition, in clicks and whistles. It was certainly not a performance one expected of a medical doctor, whose type, if they feel the need for human comedy, should stick to the social safety of puns and dad jokes, not the dangerous forms of imitative humour that produce guilt-ridden laughs mixed with fear. He had clicked and whistled at dinner one night, mid-sentence, to the amusement of old med school friends, now doctors. Making his friends laugh, it had given him a warm buzz, a sense of otherness, a feeling of… happiness.

In pursuit of the enjoyment he had initially received in imitating his poor but thankfully unsuspecting patient he carried on with the clicks and whistles at home, to the ultimate detriment of domestic affairs. His wife laughed out loud the first time. But he had eventually brought her to tears one night when he was unable to cease his clicks, whistles, double and triple clicks, and heehaws. She had left him in their bedroom sitting alone on the marital bed, lost in the circuitry of imbalance. His son had been deeply ashamed when his dad had done the clicks and whistles while chatting with his year six teacher.

These performances had had an audience. A new era dawned for him when he had clicked and whistled alone. Unexpectedly, it had had the same satisfaction without an audience. He did it in the shower, then in the car, then down the street, and then finally in the café.

He stood at the counter unable to present his order to the teenager, whose face was becoming increasingly quizzical. Nothing came out but clicks and whistles, and, after much trying to order the damned coffee, a small dance step. He managed a heehaw or two, with the attention of all the now-staring non-professionals.

He had reached the point of no return.

In his heart of hearts, his click of clicks, his whistle of whistles, he had joined his very own click-click whistle people. It had all transpired within weeks. That Dr. Selby Leigh was a successful psychiatrist made his transformation all the more incredible. A local journalist had poured over his LinkedIn page while researching the decline that had become the talk of the village. It listed him as having worked with many sufferers of cognitive disorders, and weirdoes so drug-addled that the DSM-V had no appropriate categories. He had also contributed to high impact, low distribution scientific journals, and advised international chemical companies.

But for all of this he was not immune to the darker effects that fire can have.

Today, he continues to click and whistle. He has left his practice, exchanged his patent leathers for cotton house clogs, and moved into a large residence, at which he sees a few former patients in the mess hall. His wife and son visit him sometimes. They have put a framed photo of him on the mantelpiece at home, decorated with his stethoscope. It is unknown if Dr. Selby Leigh is happy.

“Am I happy?” That’s the question too many people ask strangers standing behind pews, or athletes throwing footballs, and on rare occasions, the mirror. You can’t trust any of them, though, certainly not the face whose lips are asking the question. – Tyler Malone