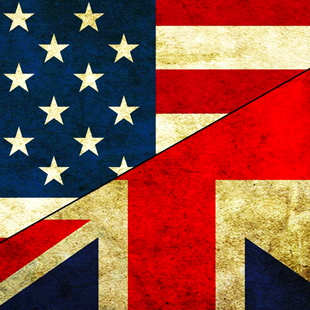 I had been accepted to Oxford University after writing and winning an essay contest entitled, America and Britain-brother countries. In my essay I had wrote how America had gained its independence, yet there was still a connection between the two countries. We are sometimes brother countries. The university would pay my flight, room, board and tuition. I had never visited England, but I was as excited as one could be. I knew Bill Clinton and several others Americans had attended Oxford. Before I left my friends told me not to act American.

They told me that whenever Americans visited other countries, they could be spotted right off the bat. “How is that?”

“Because Americans are always talking loud and walking fast. And they are a bit cocky.”

“No, those are New Yorkers, not people from Georgia,” I said and chuckled.

I packed my things and I was ready for England. I bought a lot of rain gear because I knew from friends it rained a lot just like it did in Seattle, Portland and most of the northwest.

So, after saying goodbye to family and friends, my girlfriend Shelia took me to the airport.

I had never been to a foreign country I was a bit nervous. I didn’t know all the customs and ways of British people. But they did speak English even though it was a little different version of English, but they spoke a language I could relate too.

Showing my passport before I went through customs, I was excited about boarding the plane. I was flying on British Airways. The flight from Atlanta to London was 8 hours. I thought the flight would be longer being that we were flying across the Atlantic.

“Eight hours not bad,” I whispered to myself as we taxi down the runway.

Once in flight, I put my earphones on and watched movies. I watched: Willy Wonka and the Chocolate Factory, The Green Mile and Caddyshack.

After I watched all the movies, I slept until we touched down in Heathrow Airport where a college student name Ramsey met me at the airport and he escorted me to the baggage claim. The luggage was late so the passengers were angry; that’s flying. I thought someone had been stabbed because all I heard was bloody this and bloody that. I kept glancing around, thinking someone had been cut. Ramsey laughed. He said the people were just angry, but no one had been cut. Bloody meant damn, that’s all. “This whole bloody place is a bloody mess.”

Ramsey introduced me to two of his friends when we got to our rooms. Ramsey asked one of the guys where was Mike. The guy said Mike was legless. I felt sorry for the poor guy so I searched the room for his wheelchair. “What happened to him he lost his legs?” I asked. But Ramsey laughed. “He has legs, he’s just drunk.” I shrugged my shoulders because I didn’t know what legless meant.

After I unpacked, we headed to a pub called the Dawghouse. When we walked outside Ramsey said, “It’s monkeys outside!”

“What?” I asked. “Where?” I said searching turning my body three hundred and sixty degrees, looking for a monkey to spring on me at any time.

After we arrived at ate at the pub, Ramsey looked a beautiful girl in her eyes and said, “Cheerios.”

I asked why he would you ask her for Cheerios when we got outside. Again, Ramsey laughed from deep within the pit of his stomach. I asked him what was he laughing at, but he said never mind.

London’s beautiful. The architecture was nothing like I had seen before, timeless but always new. I saw Big Ben and Buckingham Palace all in the same day. I wanted to see more but then the rains came. The rains always come in London.

“Shoulda got a bolley,” Ramsey said.

“I’m talking about an umbrella,” said Ramsey, staring and laughing.

“Anywhere else you would like to visit,” he asked. “Tower Hill, Westminster Abbey, St. Paul’s Cathedral.”

“A bookstore. A fine British one.”

“Why a bookstore, old chap?”

“To pick up an English dictionary, one explaining British slang. Something un-American.”

Ramsey chuckled and we were off to the bookstore, one drenched in British rain and British words.

Every day is the result of the Tower of Babel. Every day we speak, hope to be understood, but only enter human ears that lose everything but the most basic of swear words in translation. That’s why we all love when we see an ancient cocks carved in the rubble of Pompeii. We know someone spoke and we understood. Across the sands of time, we love what the dead loved. – Tyler Malone

I serve as a free-lance writer for one of New Orleans oldest newspapers, The Louisiana Weekly, from 1998 to 2001.

I am a 1997 graduate of Nicholls State University where I majored in English. I was accepted into the Creative Writing Program at Louisiana at Lafayette University in the spring of 2001 after submitting short story, It Happened at the Church.

I worked as a sports analyst for local TV station HTV and I also wrote a monthly column for the Houma Daily Courier in 2000. Hobbies include swimming, listening to jazz, and biking.