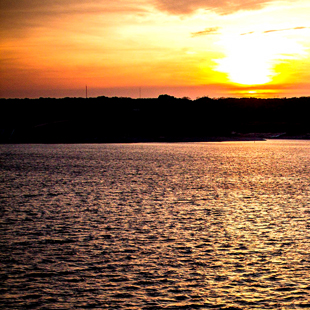 It was about that time that I first started to notice girls. I was twelve and the girls I had known since elementary were growing what my father called “A woman’s curves.”

I would spend the summers with my uncle and grandfather in the country, while my parents went on missions with their church. The house was close to a lake and my uncle had a small skiff that he would let me use. The lake was private and large, hidden away in the deep country of East Texas.

The lake felt as though it belonged solely to us, my family, but it didn’t. It was just off the beaten path. I remember my grandfather saying the land belonged to no man. His mother was a full blooded Choctaw woman. He had a very calm peaceful way of talking. He was the first one to tell me about the lady of the lake. An Indian priestess with such natural powers that all tribes of the early Americas held in her reverence. She, like many others, was forced to leave her lands long ago, but not before she could enchant the lake. A spiritual pact, between her and the lake, that when her natural life was over, she could return and her spirit could live free in a place she called home.

I always loved that story. All the kids, but as kids grow older, stories lose their flare.

He told me he saw her once, as a young man, alone, in a small paddle boat. That she leaped out of the water like a dolphin, in a perfect arch, almost above his head, before disappearing beneath the warm, dark waters. He said she never wore clothes, and this excited me. It didn’t occur to me at the time that he could’ve just been pulling my leg, as grandfathers tend to do, I took it very seriously. If he’d seen her I could too.

I was always there for a month, before my parents would come for me and every week I was out there, on those waters, paddling. I would fish, but mostly I watched and waited. For weeks I saw absolutely nothing, once I did fool myself into thinking I saw a person bobbing in the water, but it was just a log.

The month passed. I had spoken with my mother on the phone and she said they were coming to pick me up in two days’ time; I tried to protest, but to no avail.

The next morning, I woke up bright and earlier and hauled the skiff to the shore and pushed off. Just one more day, if I didn’t see her, then maybe it was just a story and I was just a child. I spent hours drifting on the water. I was almost ready to give up and was leaning over the side of the boat to pull my fishing line up, when I saw something swim swiftly under the boat. The sudden shock frightened me and I dropped the fishing pole into the water and nearly capsized, cringing away from what I saw.

I quickly got my wits about me and looked on the other side of the boat. I saw nothing…nothing, but ripples in the water that could just have easily been made by my fidgeting as by whatever it was that swam under the boat. I scanned the open waters, I couldn’t see anything. I glanced in all four directions frantically until I saw something, in the western corner, pulling itself out of the water onto the rocky bluff. I got the binoculars out.

It was her. A beautiful Native American goddess, glittering with beads of water trailing down her naked back and stopping when they reached the curve of her backside. She was tan, like honey, gold more than anything. She looked young and perfect.

I couldn’t think. I was ecstatic and fearful at the same time, and my heart raced like a freight train. I thought for sure she’d see me, but she never looked at me. A strong, lovely fear fluttered in the pit of my stomach. I didn’t know it at the time, but I do now, I was aroused.

She climbed up the bluff until she was on the flat surface of the highest rock. She had hips that swayed when she walked. It was the cool gait of a confident woman, comfortable in her skin. She turned around with the majesty of her womanhood facing me. I forgot to breathe, any longer and I would have suffocated and with a long easy stride, she went for the edge of the rock and dived back into the summer waters she called home and with her, my innocence vanished in a spectacular splash.

I waited all day, for another sighting, but there was nothing and as the sun began to set and the bull frogs started grumbling. I headed to shore.

My grandfather asked where I had been all day. The whole walk there I was bubbling with excitement of telling him I’d seen her, that I knew his story was true, but when he asked me. I paused. I didn’t know what to say, but he understood, it was in my face and he was a wise man.

He smiled playfully and asked, “She’s beautiful, isn’t she?” I looked at the ground bashfully. “Don’t worry. It will be our little secret.”

The next night my parents came and I never told them of what I saw, but still, on lonely nights, I think of her. I think if I went back, now older and wiser, would she reveal herself to me as she once did, or is she waiting for another generation of my ancestral bloodline to return to the lake and take that lone magical boat ride into the mystic?

God bless that Indian summer, where stories burn themselves into the brains of our young bodies, so we wear them until they wear us out and meet us as we slip into everlasting blackness. – Tyler Malone

Robert A. Hernandez is an angry little beast who was born into this world on April 12, 1990 and roams the dirty alleys of Dallas, Texas proudly. He enjoys reading the work of dead alcoholic poets and avoiding the absurdities of this life. He agrees with everything George Carlin has ever said and loathes any and all politicians, no matter how well they stare into the cameras and smile. He also has an affinity for taking freshly picked flowers to Bonnie Parker’s grave.