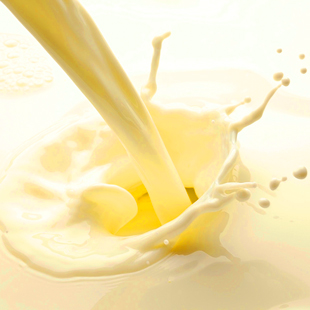 They wrecked the halls when the whiskey eggnog was snuck into the dorm after finals ended. Jeff was everyone’s hero. He bootlegged enough to of the ‘nog to keep everyone lit and alive until New Years. No one has to leave, joy demanded it. Parents were concerned within hours, though. Then snotty, boggy vomit fell from the dorm’s roof as young stomachs drank and danced for the first time with no one’s permission. Administrators attempted to force their way in but dismantled dorm beds barred the exits. Not even prayers entered.

Media and police park on manicured grass, stealing real estate from squirrels and undergraduates with guitars. They look at a dorm turned into a fortress, castellated with holiday lights in windows. Students didn’t need Christmas presents under trees to turn into laughing monsters, just Jeff’s eggnog. With that, they liberated themselves and put it on the Internet for all their aunts and grandparents to see. #eggnogriot trended and spread the word. It became news. Stuffed between Black Friday stampedes and mummified celebrities giving the play-by-play on New Year’s falling ball, this became the new War on Christmas.

Rebellion wasn’t on their minds, just liberation when they filled the dorm’s windows with words they’ve been raised on, words they think they’ve earned. Freedom! and Liberty!, but the riotous #eggnogriot was all their own.

A prayer vigil surrounds the news and police. They don’t know the bliss that goes on inside the dorm, and they’d only be more troubled if they did. “They’ve ruined Christmas!” screams a mother wearing a hiking vest even though she’s never climbed anything taller than her husband’s sober dick. A news anchor nods as she holds the microphone under the interviewee’s nose. It’s a drug, enjoy it.

“Are white Millennials finally rebelling?” asks the pundit who takes over from the anchor, asking her nation. Asking everyone. Asking no one. “Will #eggnog riot come to your neighborhood?”

“These young hoodlums stop here. This isn’t the reason for the season. Peace on earth begins now,” issues the police chief with hair pulled back to the point where her scrunchie could scalp her. “We’ll save Christmas. All these Children will be in front of their trees, I promise. For their families, for all of us.” The promise is made to newspapers, bloggers, newscasters, rats living in unsold Christmas trees in grocery store parking lots. Plans are made to drive the rioters with eardrum-shattering music. “Santa Baby,” “Mary, Did You Know?” anything but a silent night.

The rebellion is always televised. Audiences are only concerned if the rebellious heathens inside get out, spreading the godlessness of being unsupervised. They couldn’t count on the joy inside, though. Even as para-military police attack with music, everyone inside has headphones on their heads and everyone is into someone else, learning the value of higher education.

But just as things get good, supplies run out, same as in all wars. Jeff makes the presidential decision to end his riot. It was his eggnog so he’s the one responsible for this new nation comprised of drunken sophomores wearing only silver tinsel and traces of spit.

Jeff comes clean to strangers too intoxicated to know the party is over. “I’m all out,” he says as they carry on, with the end approaching faster than they could imagine. What Jeff means to say is that he can’t win this war. No more toxins to fuel the riot. The rest of the world doesn’t know that, they just see pages of Holy Bibles being thrown off the dorm roof. Naked blonde boys, all ranging in sizes, bring a snow for the holiday season, something festive for families to see as they pass campus on the way to any one of the city’s plazas all sharing the same stores.

As Jeff walks, drunks unleash what Home Alone taught them and slide down stairs on naked mattresses. Unlit lights wrap metal banisters. In Sharpie, scribbled #fuckthepolice ornaments stand alongside Child of God manger posters and smashed eggnog bottles lounging about the common room half full of luggage from students half gone. They stopped walking out when Jeff walked in bringing spiked gifts fit for future kings and queens. All the lights are off and all the windows are blocked with stacked couches. Music attacks through the concrete walls like ghosts from the past buried inside. This isn’t Christmas, thinks Jeff. He wants his spiced tea and used books that smell like cheap mint cigarettes. He wants to be away from the war he caused. He disassembles the barricade to the outside. Board-by-board, he surrenders like he’s taking apart a gingerbread house. The music from the outside grows to an entire season. A monster. It’s an assault by “Little Drummer Boy.” Rum-pum-pum-pum. These are the drums of war for Christmas. When the final board is removed, Jeff’s world turns into a white flash. Something like snow but with the sounds of orders shouted, maneuvers. An invasion. An avalanche of a world devoid of anything but white and ringing ears and the smell of smoke as Christmas is saved from eggnog.

Why not shake the Christmas Tree a bit, let fall the old adages; peace on earth, goodwill toward men? This young visionary brought something tangible to the party; something impatient youth could touch and taste as real. He proffered party-fuel over platitudes and his masses responded with glee. Christmas saved from eggnog? No! Eggnog saved from Christmas! – MH Clay