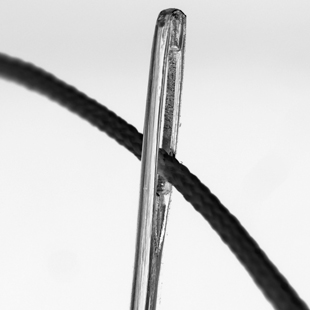 He had been deeply in love, but love had stretched and thinned and wandered in three years. She wasn’t as into him, either. And that gave him panic attacks as he questioned his mortality, his relevance. Three years ago she climbed on him in the back of a taxi heading home. With real animal aggression, she didn’t give him a choice. Those were sublime days. They passed in a beautiful, unhealthy, sleazy fog.

After years, love had become such a routine, logical ordeal that he had had to get out: the claustrophobia or its rational equivalent, was unbearable. Three weeks of cowardice and self-abuse, and he ended it, and the worst thing was that she looked so surprised despite the way he had acted. He felt abysmal for months.

He met some new girls and did the same thing five or six times in a row, but for diminishing duration and for diminishing returns. One always popped up when he was out, only to fall into the gaps made by the last. After each, the anxiety got worse and episodes more frequent. It was a repeating nightmare, the anhedonia and hopelessness had him considering the easiest way to check out.

It was how addicts described it, that he needed more for the same pleasure. He tried that, throwing into a relationship completely and unquestioningly, like it was a higher power, but he tried much too hard and got dumped as a creep, and then restrained to order.

He tried being cold to protect himself, but he wasn’t that way and couldn’t go through with it, kept revealing his increasing attachment, and embarrassed, he sloped away from that one feeling pig-sick.

He made up his mind to need more again. He decided with this one that he would need to live in her skin—no, more! Wear her skin for real closeness. This one agreed to it, too. They cut a swathe of skin from one flank each and sewed it together with fishing line, so they could conjoin side by side.

Even that wasn’t enough. A month later they opened up the other flank and sewed those together so they would be pressed together frontally. They would breathe through each other’s mouths and become dizzy from the lack of oxygen. They’d feel faint together. They depended on one another. They had no secrets, they shared plus-sized shirts, and it worked, mostly. They’re inseparable.

Attached at the hip, the abolishment of the individual, the joining to two souls, it all doesn’t require science, just sacrifice and a word: love—the daily needle poking through the skin and sewing us together, making us not perverts and monsters, but lovers—beasts with two backs. – Tyler Malone

I am a writer from London, England. I write short stories in little bunches of 3 on certain themes and I am also working on a novel about psychosis and love.